K9 Stark has spent the last four years of retirement with Howe and his wife, Diane. 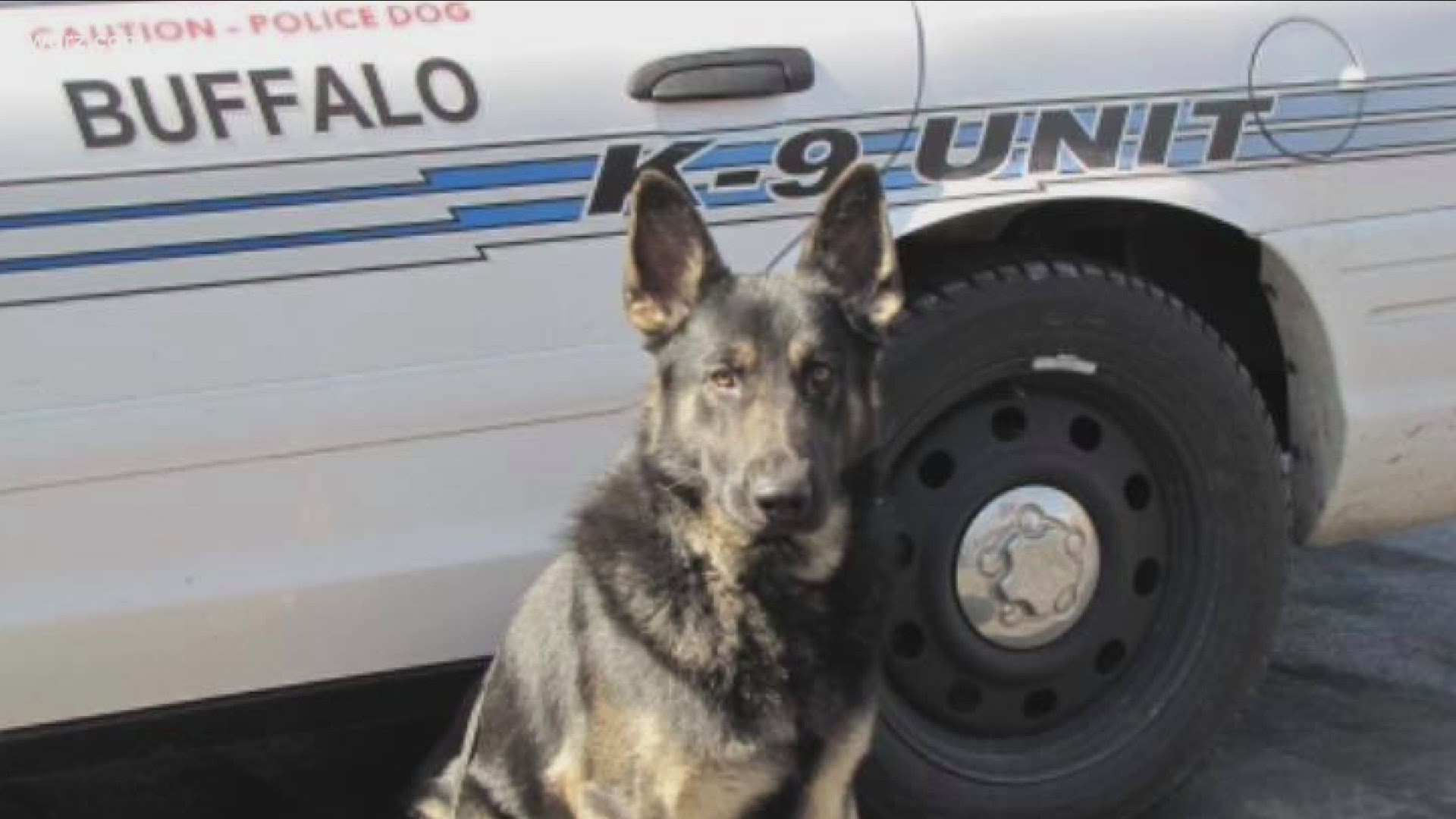 BUFFALO, N.Y. — Buffalo Police are mourning the loss of one of their own.

The department announced on their Facebook page that a retired Buffalo Police Department K9 passed away on Friday, November 13 at the age of 12.

Buffalo Police say K9 Stark and his partner, officer James Howe, served as a narcotics detection team from December 2009 until their retirement together in September of 2016.

"During their career together, the team of Howe/Stark searched hundreds of buildings, houses and vehicles for contraband and hidden suspects. The team answered 1,439 calls for service, apprehended 14 suspects and was responsible for the seizure of over 3/4 of a million dollars," BPD said in the Facebook post.

K9 Stark has spent the last four years of retirement with Howe and his wife, Diane.