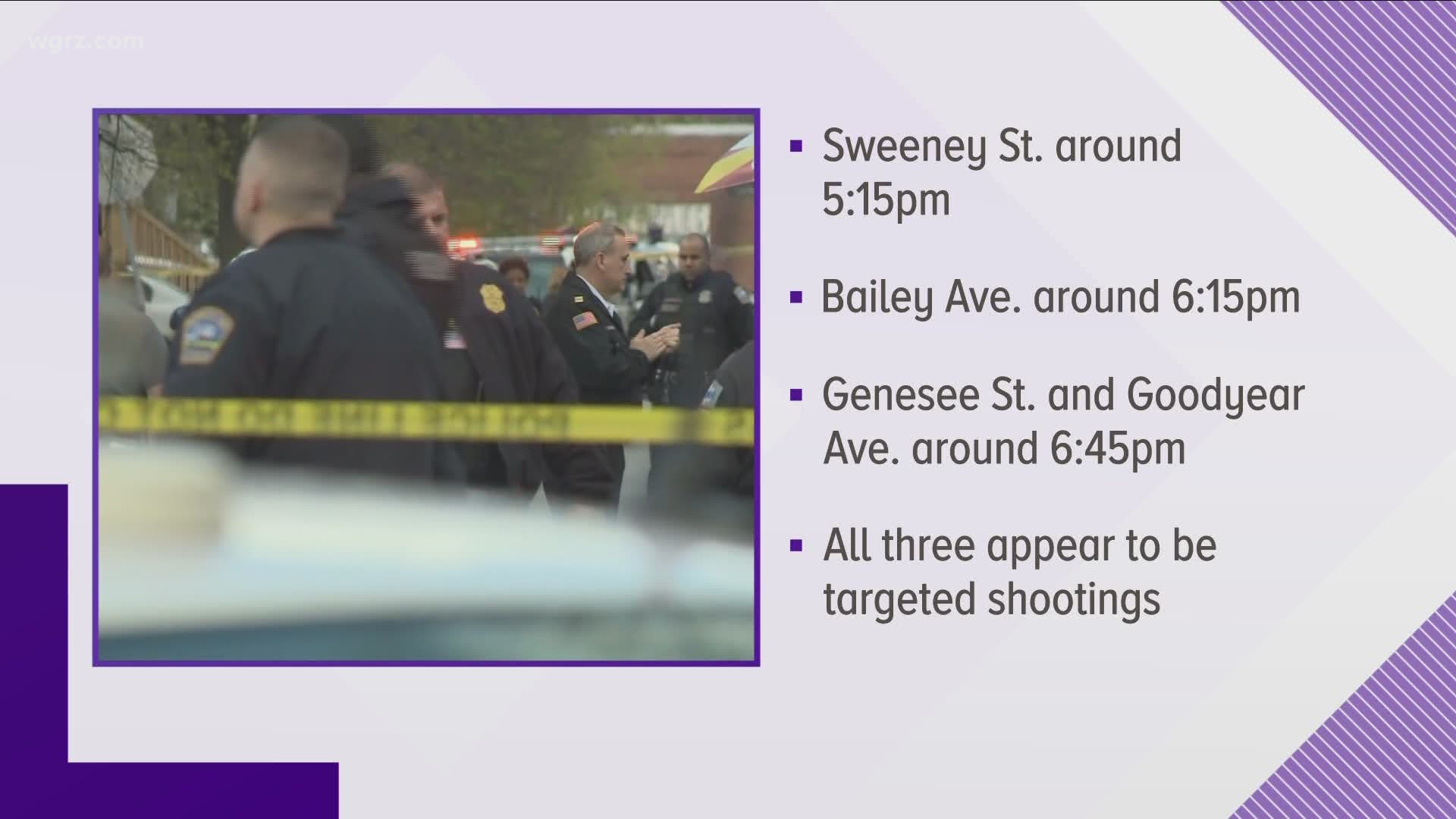 Police say a 32-year-old Buffalo man arrived at ECMC just before 5:15 p.m. in a personal vehicle; he had been shot in the arm. Detectives say the shooting happened in the first block of Sweeny Street.

The man was treated and released from ECMC.

The second shooting happened on Bailey Avenue around 6:15 p.m. Police say a 20-year-old Buffalo man was grazed by a bullet. He was initially listed in stable condition at Mercy Hospital.

Another 20-year-old Buffalo man arrived at ECMC in a personal vehicle around 6:45 p.m. He had been shot and was initially listed in serious condition. Police are investigating if the shooting happened in the area of Genesee Street and Goodyear Avenue.

Detectives say the incidents appear targeted in nature. Anyone with information about these shootings is asked to call or text the Buffalo Police Department's confidential tip line at (716) 847-2255.