Police say 55 people have been shot since early June. 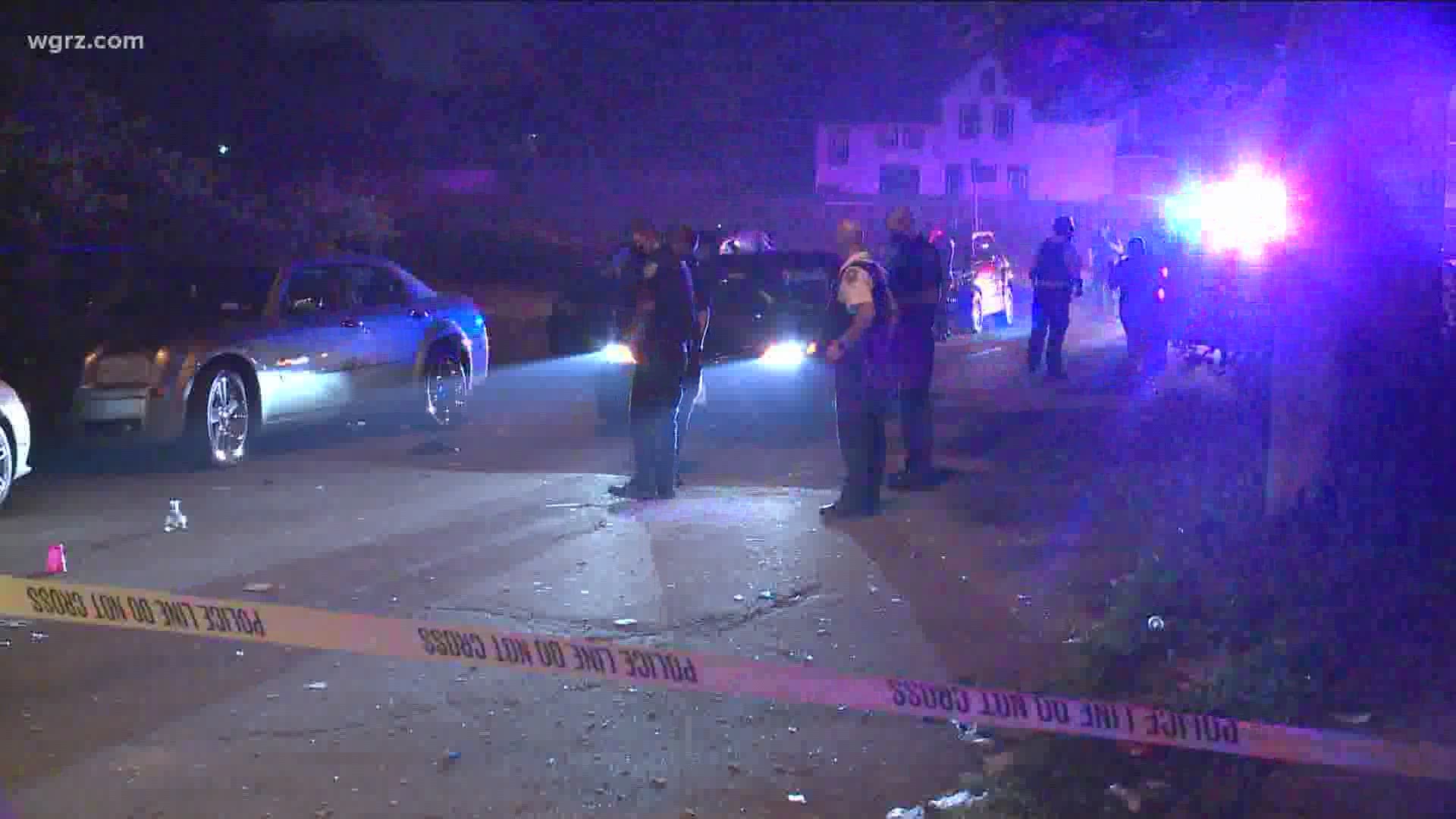 BUFFALO, N.Y. — The Buffalo Police Department is investigating several shootings that took place over the holiday weekend. Police say there have been five confirmed shootings since 11 p.m. Saturday.

The first shooting happened just after 11 p.m. Police say a 30-year-old man was shot in the area of Filmore Avenue and Urban Street. The man is currently listed in serious condition at Erie County Medical Center.

The second shooting happened around 1:20 a.m. Sunday near Peace Street and Block Street. Police say a 25-year-old woman was shot in the foot. She was taken to ECMC where she was treated and later released.

Police say a 30-year-old Buffalo man arrived at ECMC in a personal vehicle around 2:20 a.m. after being shot in the leg. He was initially listed in stable condition. Detectives say he was shot on Eller Avenue, between Heminway Street and Yonkers Avenue.

Police say a 34-year-old Buffalo man also arrived at ECMC in a personal vehicle Sunday morning. Police say the man arrived around 2:50 a.m. with a gunshot wound. He is currently in stable condition. Detectives say the shooting happened in the first block of Domedion Avenue.

The fifth shooting happened on Goodyear Avenue, between Genesee Street and East Ferry Street. A 21-year-old Buffalo woman and a 31-year-old Buffalo man were both shot around 4:30 a.m. and taken to ECMC. The man has been treated and released from ECMC, while the woman is currently being treated for non-life-threatening injuries.

"We need to get people with guns off the streets immediately," said Captain Jeff Rinaldo. "We have had an unusually high number of shooting incidents since last month. There are members of the community who know the people responsible for these shootings and we need them to come forward before more people are injured by gunfire."

Police say 55 people have been shot since early June.

Anyone with information about these shootings are asked to call or text the Buffalo Police Department's confidential tip line at (716) 847-2255.