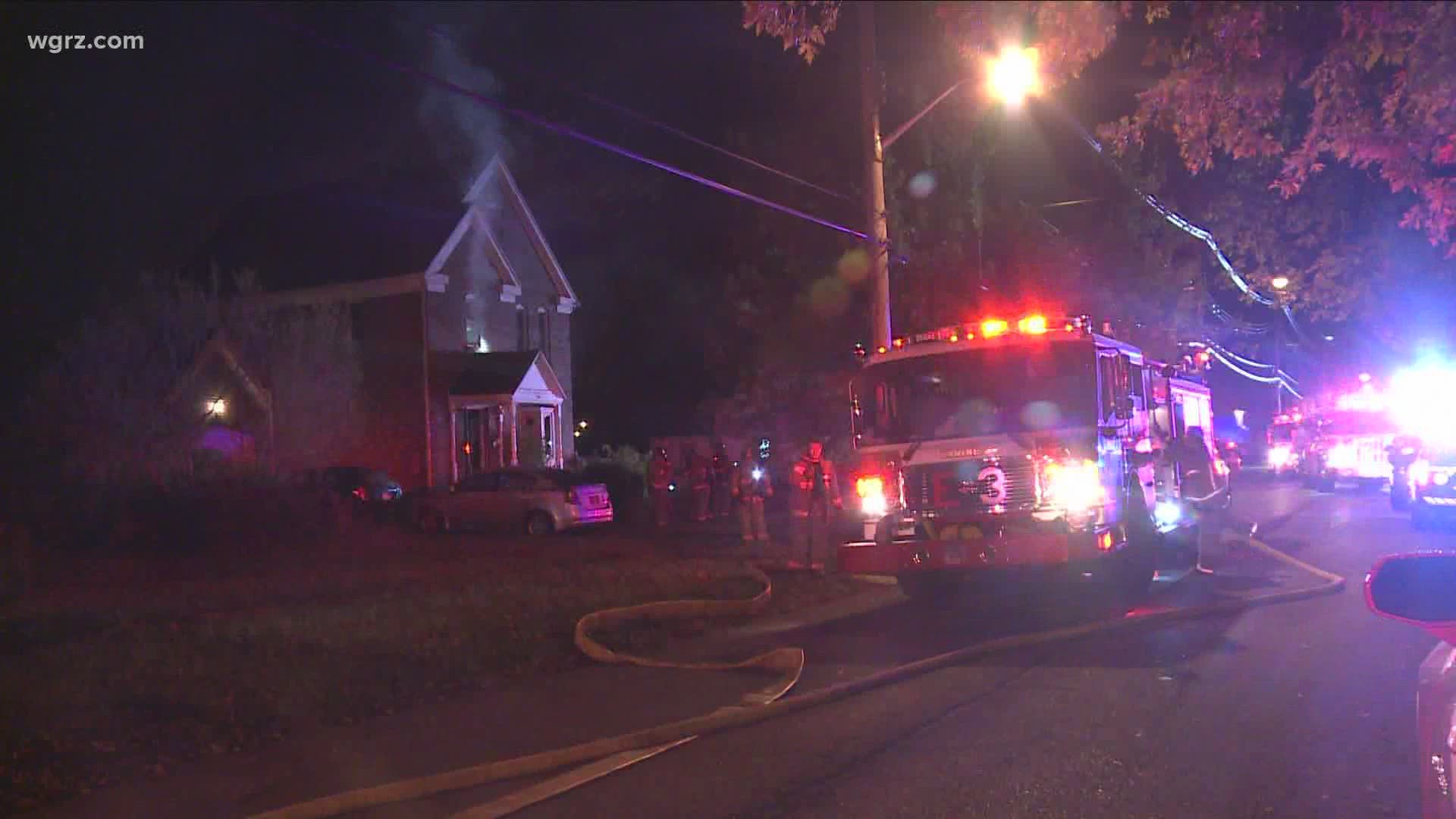 BUFFALO, N.Y. — Two men and a dog were rescued from a house fire on Pratt Street early Saturday morning.

According to City of Buffalo spokesperson Mike DeGeorge, the fire started just after 4:30 a.m. at 333 Pratt Street.

Buffalo Fire officials say the men and the dog were trapped on the second floor of the home when three Buffalo Police officers arrived at the scene. The officers removed a portion of a stockade fence to enter the backyard of the home and leaned a ladder they found nearby against a second-story window.

The officers then coaxed one of the trapped men to come down the ladder. The second man tossed the dog to officers below.

Buffalo firefighters then went up the ladder and helped the second man down to safety.

Both men were taken to Erie County Medical Center to be treated for smoke inhalation.

Fire investigators believe the fire started on the first floor. They are looking into a cause. Damage is estimated to be around $170,000.