The march was scheduled from 3 p.m. to 6 p.m. Tuesday, but once the police commissioner came out to Niagara Square to talk with everyone, it was called off. 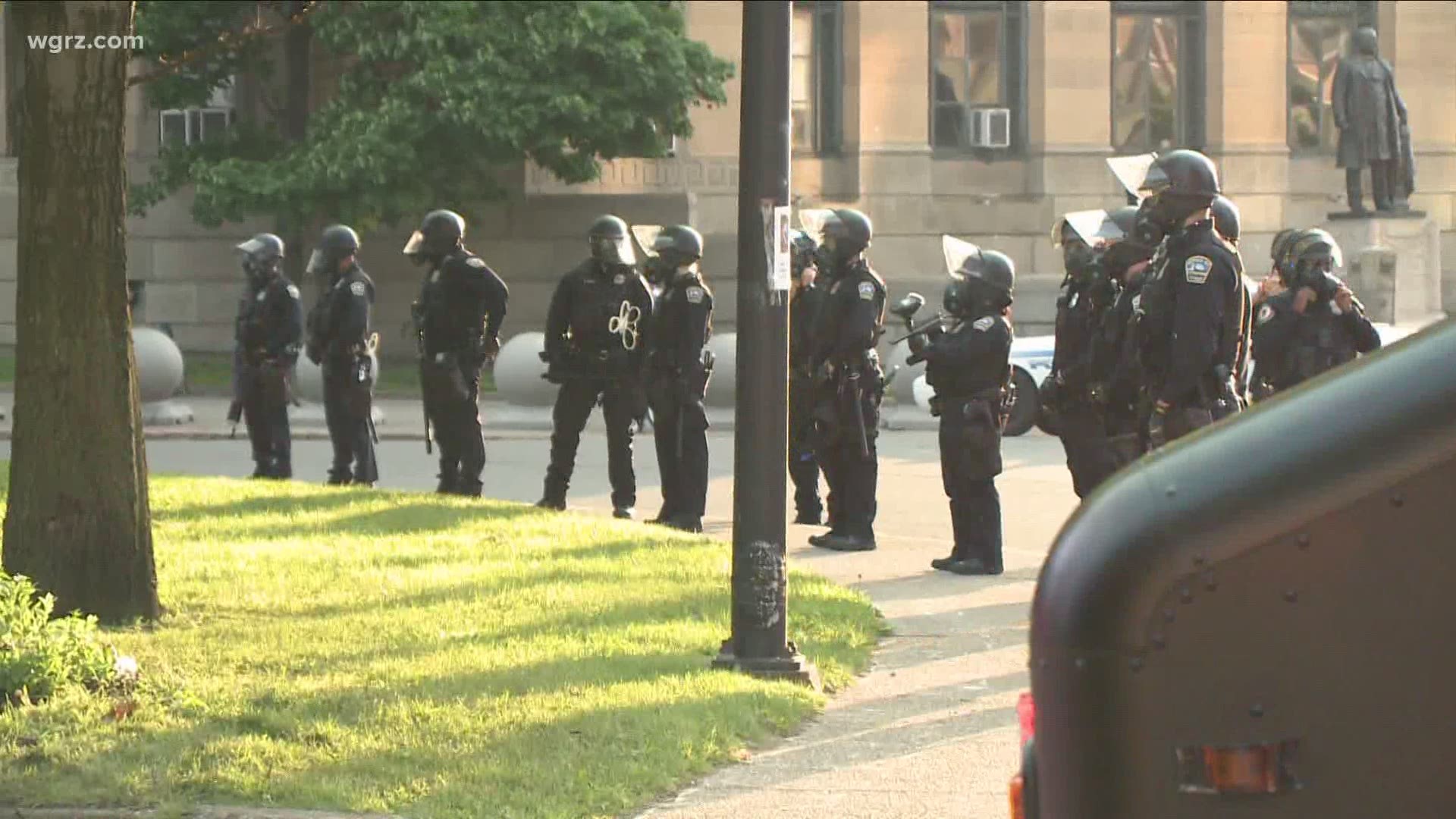 The organizer, Mercedes Overstreet is calling this a solidarity movement, not a protest.

The march was scheduled from 3 p.m. to 6 p.m. Tuesday, but once the police commissioner came out to Niagara Square to talk with everyone, it was called off.

Just before 4 p.m., Buffalo Police Commissioner Byron Lockwood spoke about police policy when it comes to disciplinary measures and how officers interact with people. He also sang and prayed with everyone.

The local woman who organized Monday’s march and Tuesday’s gathering planned on being out there every day until changes happen, but she says that’s on hold now until July 1 because she’s hopeful for change. Overstreet runs a community group that helps at risk young people. She’s fighting for justice for Western New Yorkers who have died in police custody.

Tuesday, Buffalo Mayor Byron Brown asked protesters to pause. The Mayor also made it clear that he hears what marchers and protesters are saying when it comes to racism in America.

“That even as a black man who happens to be mayor, or a mayor who happens to be black, I feel the sting and pain of racism every single day myself," Mayor Brown said. "I deal with it every single day. Police Commissioner Lockwood talked to you about his experiences and what he feels, so we understand the pain that people feel. We understand the anger that people feel. And it is so far beyond just police brutality. It is in every institution, it is in every system, it is in every part of American society, and some people feel it much more acutely than others."

The march Mercedes Overstreet led Monday night was over with before what she calls “an unfortunate situation” unfolded Monday night in front of the Buffalo Police Department's E-District police headquarters.

The BPD commissioner says he hears the marchers who are gathered here at Niagara Square. @WGRZ pic.twitter.com/LT9UujzKcf

Although the initial movement ended early, a new march was later formed in Niagara Square. A few dozen people could be seen marching around the square chanting and carrying signs.

The protest went on for about three hours until the curfew put in place by Buffalo Mayor Byron Brown went into effect at 8 p.m. Law enforcement surrounded the square after the fourth announcement telling people to leave, and the protesters left the square peacefully. 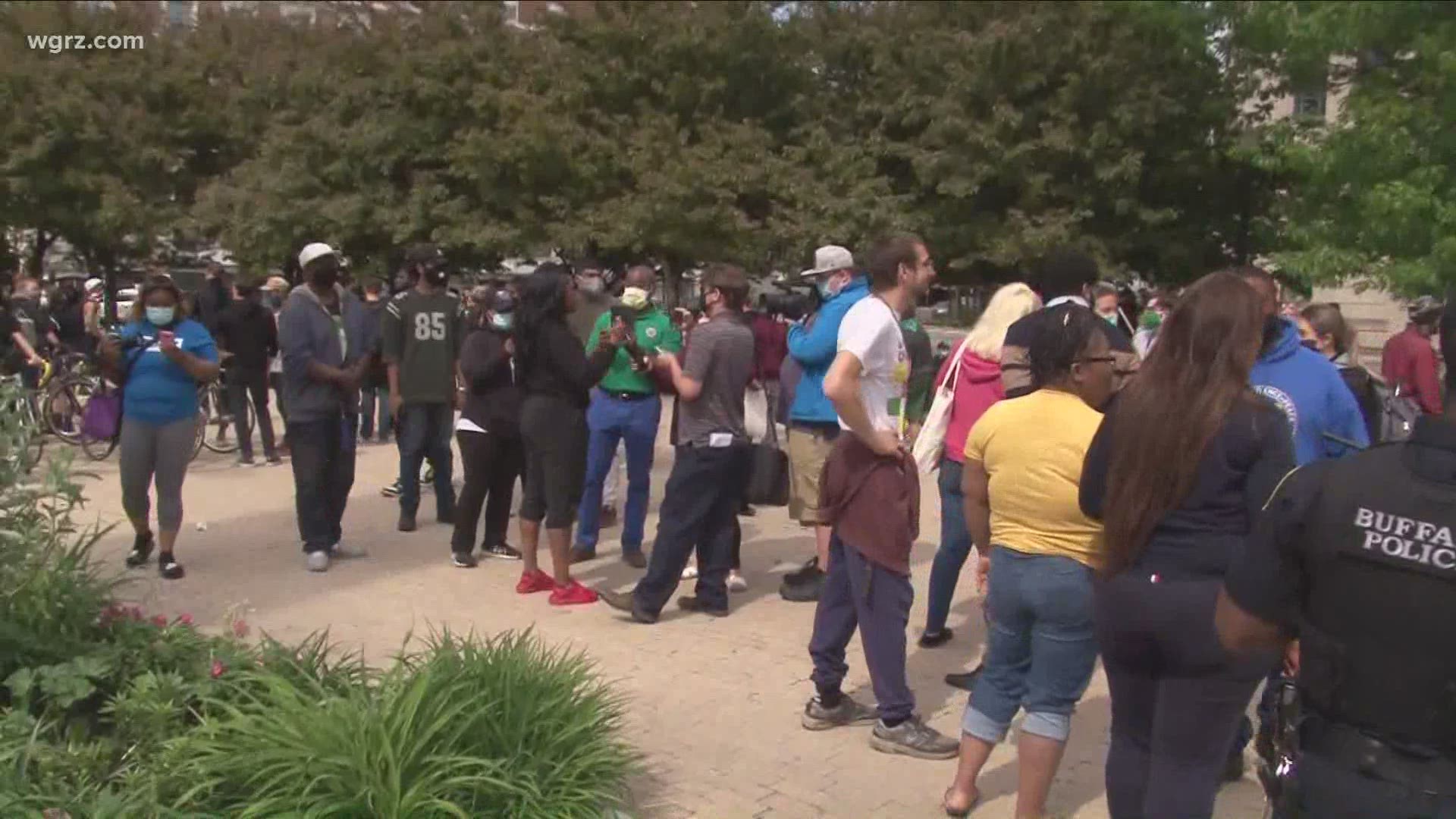 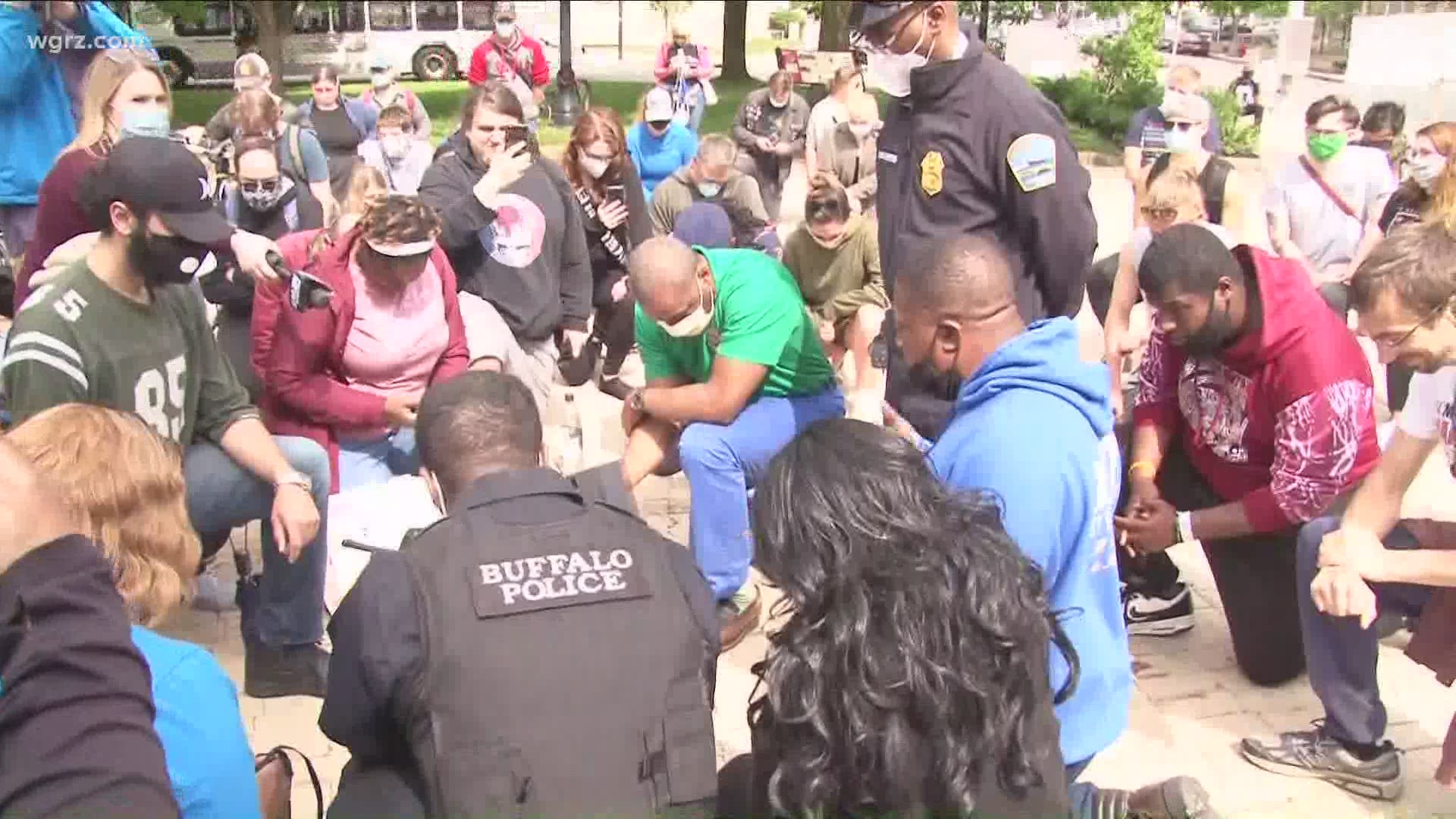 RELATED: In Niagara Falls, police and mayor join demonstrators to take a knee