After officers were observed at demonstrations with their name tags blocked, supervisors are warning of disciplinary measures for flouting uniform policy. 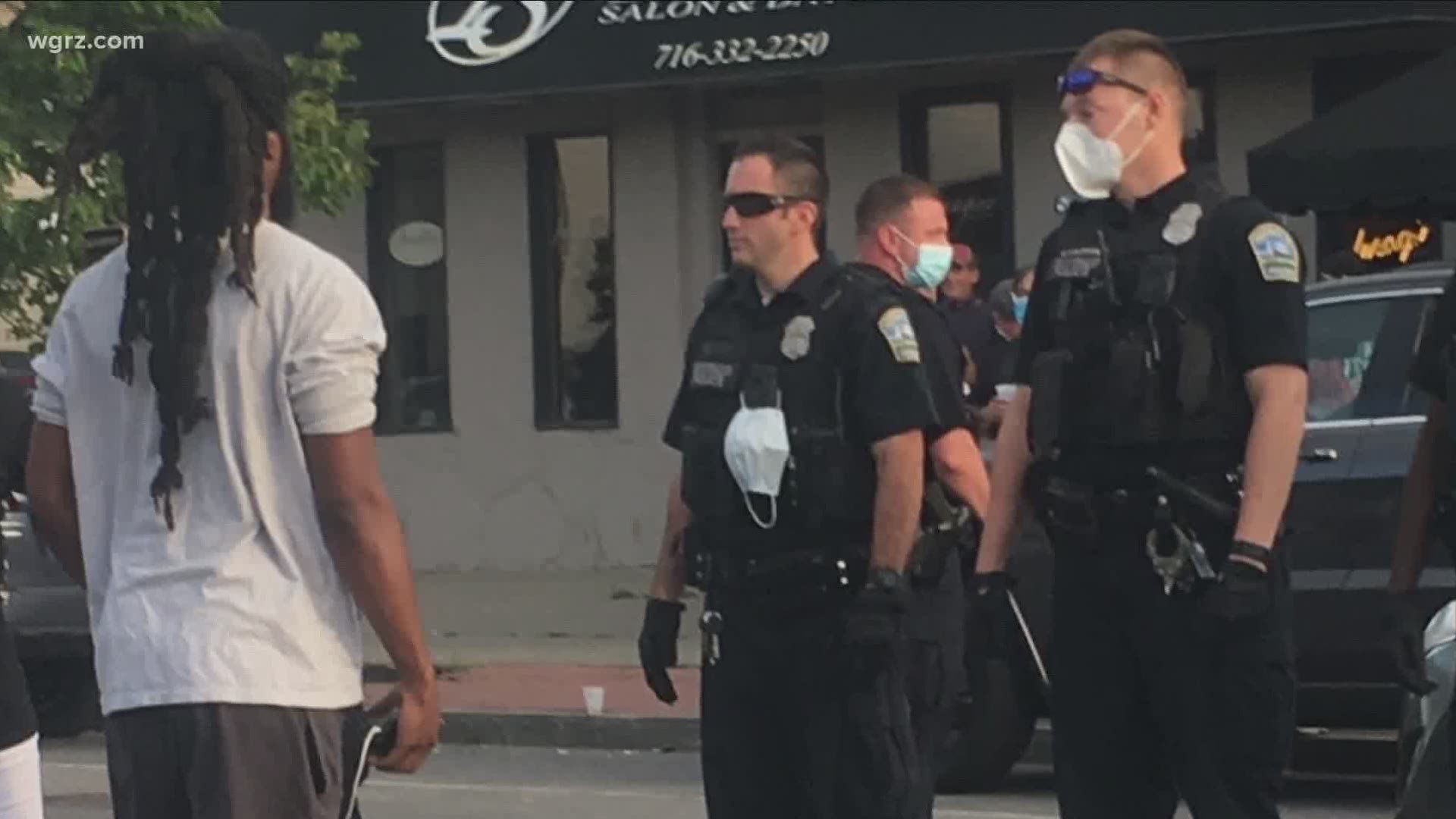 BUFFALO, N.Y. — Buffalo Police officers are being told by their superiors, to stop covering their name tags after several officers have been observed at recent demonstrations with tape over theirs.

The head of the police union, John Evans, who declined an on camera interview confirmed that some officers have been covering their name tags, and acknowledged that it is a violation of their existing uniform policy.

He says some officers nonetheless took the step after at least one Buffalo cop had his home and family threatened by someone who used their name to find out where they lived and "doxed" them online and over social media.

According to Evans they reached out to top brass and asked for permission to remove name tags several weeks ago, but have yet to get an answer.

They got an answer today though, during an afternoon news conference held by Buffalo Mayor Byron Brown, who said, "We expect our officers to follow the procedures of the Buffalo Police Department."

Deputy Police Commissioner Joseph Gramaglia acknowledged that, at this point, no officers have been disciplined over the issue, but they could be if they continue to flout the uniform policy by covering their names.

"It would be considered a minor uniform infraction," said Gramaglia. "But it's something that would prompt an internal affairs investigation and would be subject to discipline by the commissioner."

#Buffalo Mayor Byron Brown joins BPD brass in telling officers they must CEASE covering their name tags with tape, as some have been doing at recent demonstrations More at 5& 6 on @WGRZ TV 2 pic.twitter.com/yQkpgjjEIf

A Warning To Those Threatening Police

At the same time, however, Gramaglia acknowledged the threat to officers is real, and warned those who might make such threats of the actions police will take against them.

"We take this very seriously," said Gramaglia. "If you start threatening officers we'll aggressively pursue it as far as we can... attacking officers, their families, and their children through these means puts you way out of bounds, and we are not going to tolerate that."

According to the union, even if a name tag is covered, a citizen could still identify an officer through their badge number, and get the name of the officer by contacting police.

This way, the union says a citizen gets the information, and police get a lead on whoever inquired about an officer in case they use it for nefarious purposes.

However, it is also true that badges worn by Buffalo Police officers are not often displayed on their outer garments such as jackets or protective vests.

As well, the sewn on shield that adorns many of their outer garments does not have a number on it.

Rivera told 2 On Your Side he understands both the concerns of police and the citizenry when it comes to this issue.

"The safety of police officers is very important, but so is the ability of the general public to be able to readily identify a police officer should they see them do something wrong," Rivera said.

Not An Issue Unique to Buffalo

The issue of police officers taping over their name tags has surfaced in recent months in several communities across the country.

And, in Portland, Ore., where clashes between demonstrators and police have reached a crescendo, that city's police department recently amended its uniform policy to allow officers to shield both their name tags and badge numbers in certain situations. 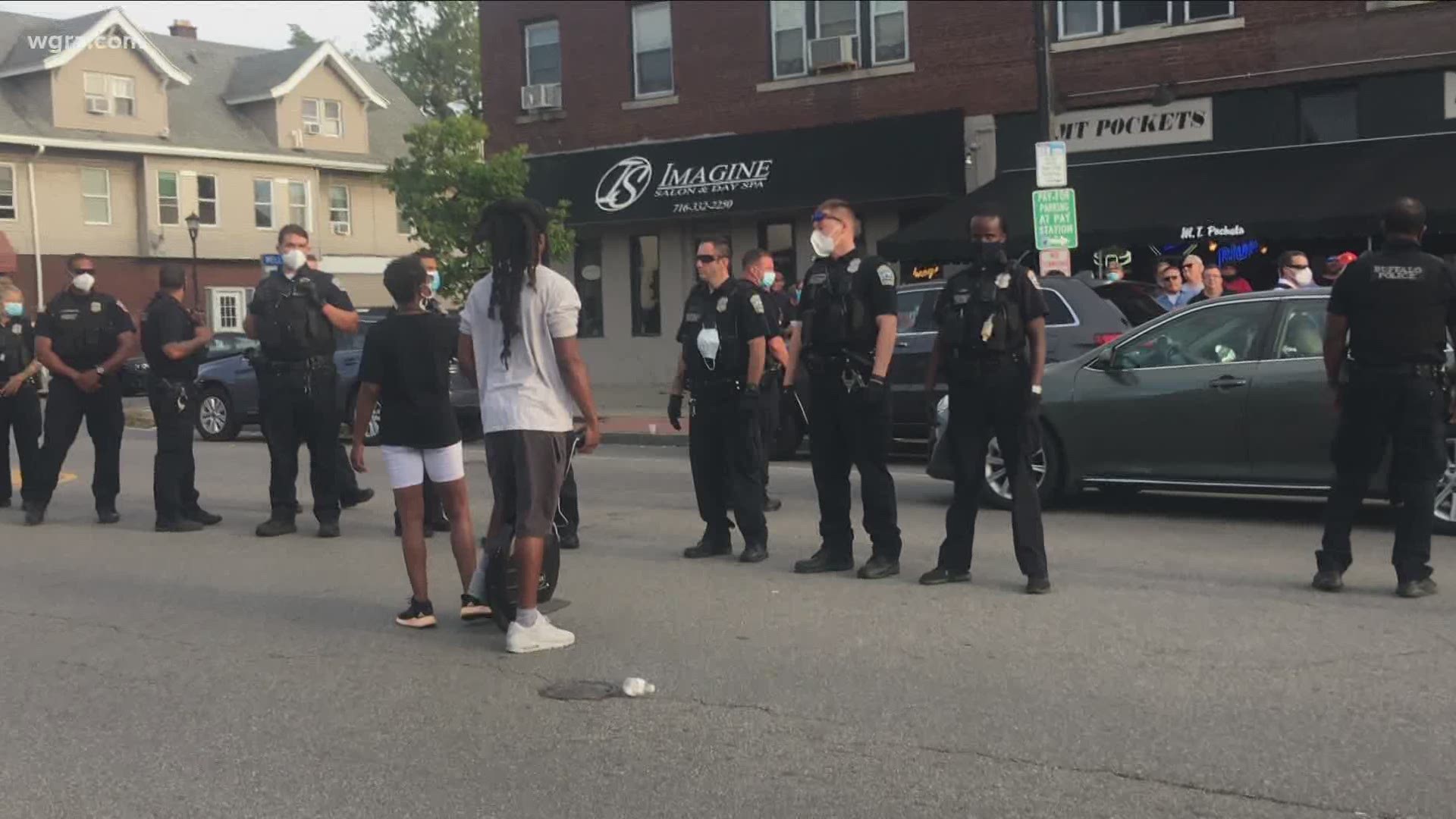 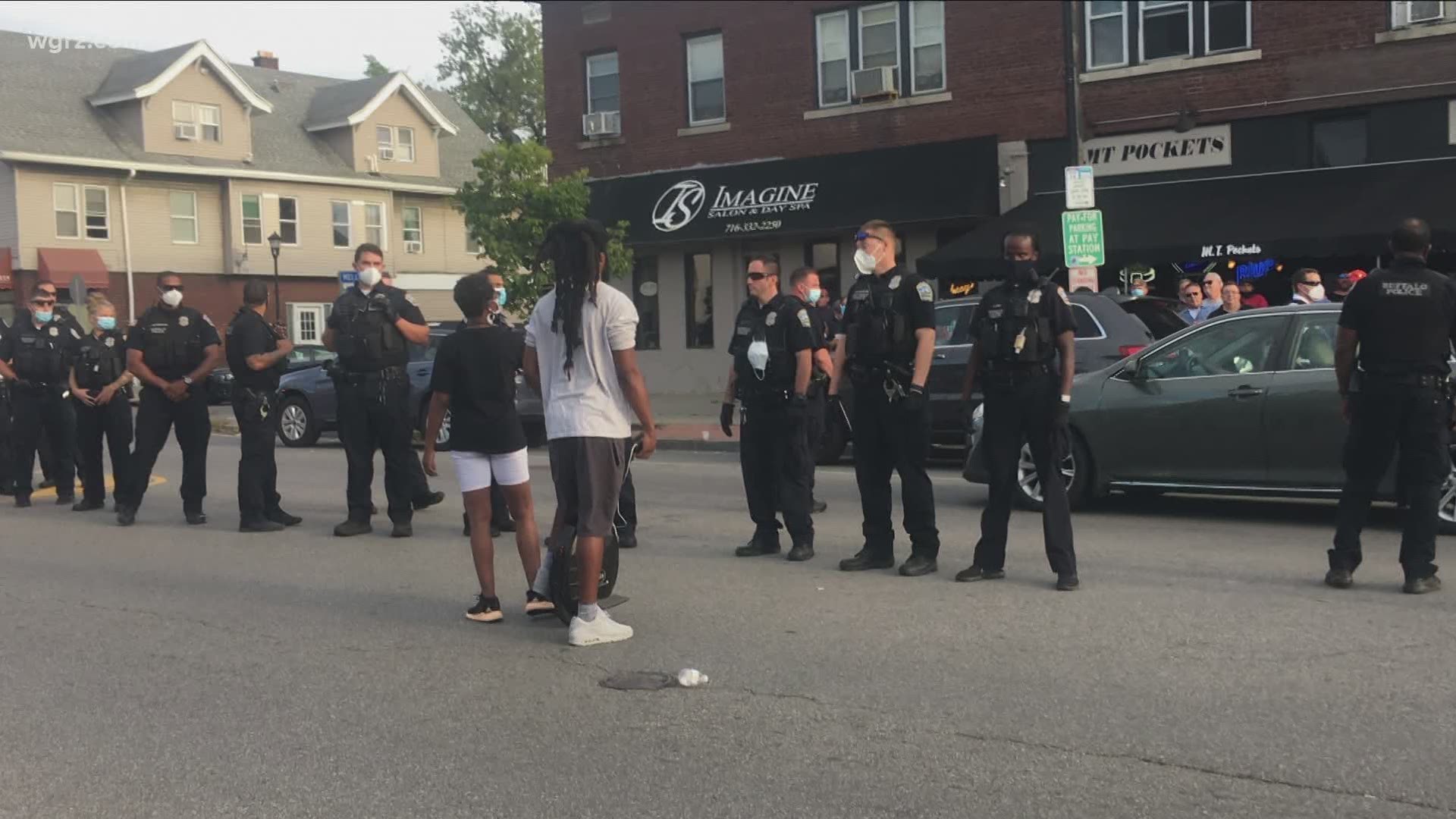