The two permanent art exhibits were created out of plastic pollution trash to comment on this type of pollution in freshwater habitats. 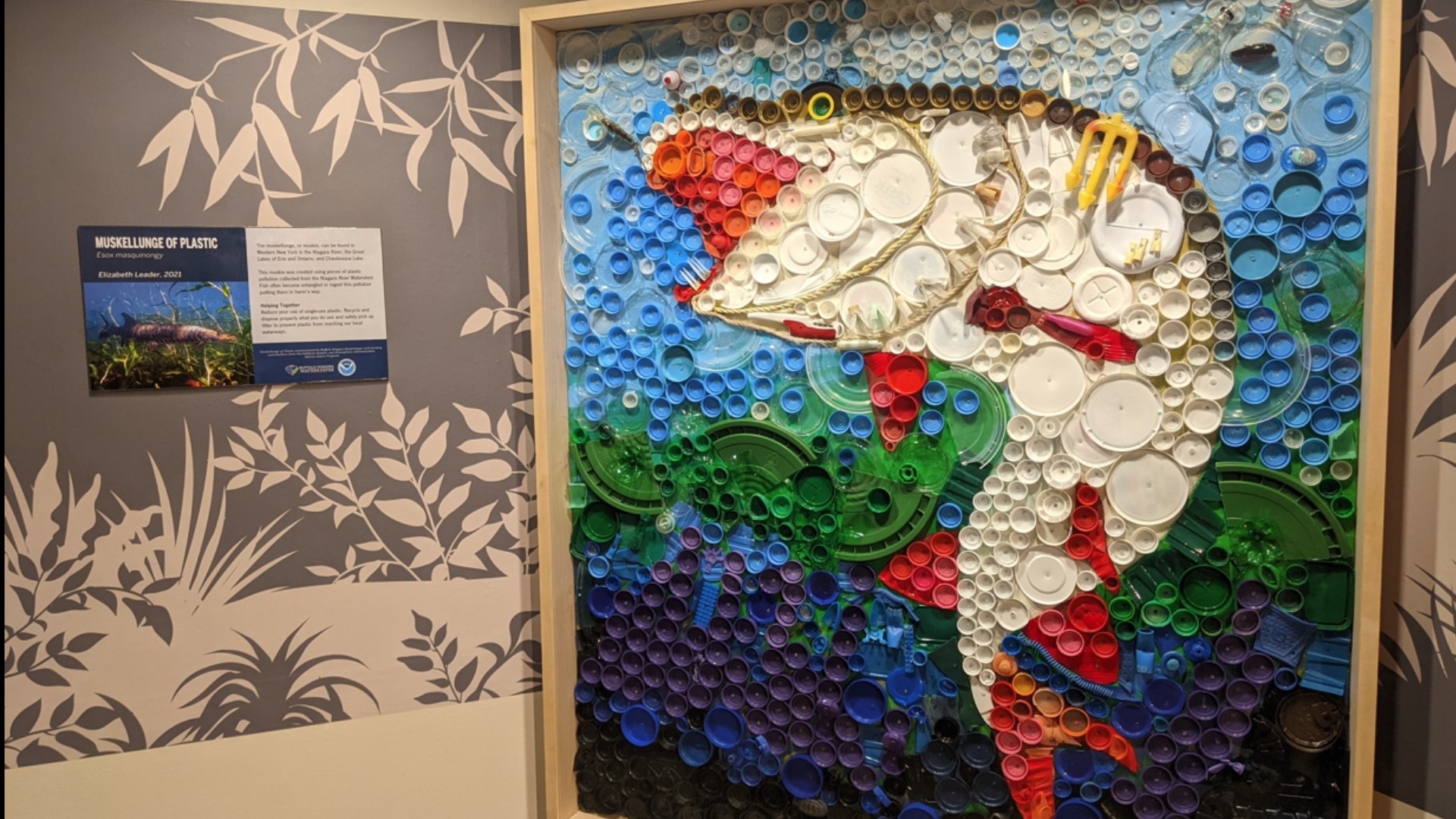 BUFFALO, N.Y. — There are many challenges that plastic pollution causes on Western New York's waterways. Two new area art installations have been commissioned to educate people about these issues.

The Buffalo Niagara Waterkeeper has commissioned two permanent art installations installed at the Aquarium of Niagara and the Buffalo Zoo on plastic pollution.

“Plastic is by far the largest amount of trash pollution we find during our cleanups of both the shorelines and in local waters,” Buffalo Niagara Waterkeeper Executive Director Jill Jedlicka said.

“Plastic objects in our waterways pose threats to wildlife and can also release chemicals into the water as they breakdown, which in turn then act like sponges for other toxins to adhere to. More attention is needed to this growing threat, and we are thrilled to partner with these talented artists to commission these two works of art to help us raise awareness and take action.”

"An Unnatural Diet" and "Muskellunge of Plastic" depicting the challenges plastic pollution presents on WNY waterways was funded by money from the National Oceanic and Atmospheric Administration (NOAA).

"An Unnatural Diet" created by artist Alexis Oltmer for the Aquarium of Niagara depicts local fish made out of trash collected from local water sources. Walleye, rainbow smelt, and phytoplankton are depicted in instillation because they are consumers of plastic.

The instillation is meant to evoke playful and energetic feelings, only to be diminished by realizing the art was made from pollution.

"Muskellunge of Plastic" by Elizabeth Leader for the Buffalo Zoo was created out of colorful plastic collected by Buffalo Niagara Waterkeeper staff and volunteers from the Shoreline Sweeps this year. The colorful plastic was used to cover a painting of the native Muskellunge fish.

“Fresh water is the most valuable resource on the planet,” Leader said. “People around the world, including scientists, environmentalists, businesses and governments all compete to both control and protect it. Artists have a unique role in raising awareness of water’s vulnerability since a direct visualization of a problem can be comprehended faster than words or numbers.”