Saturday's flight marked the first to the nation's capitol since before the COVID pandemic. Veterans toured the monuments for the wars in which they served. 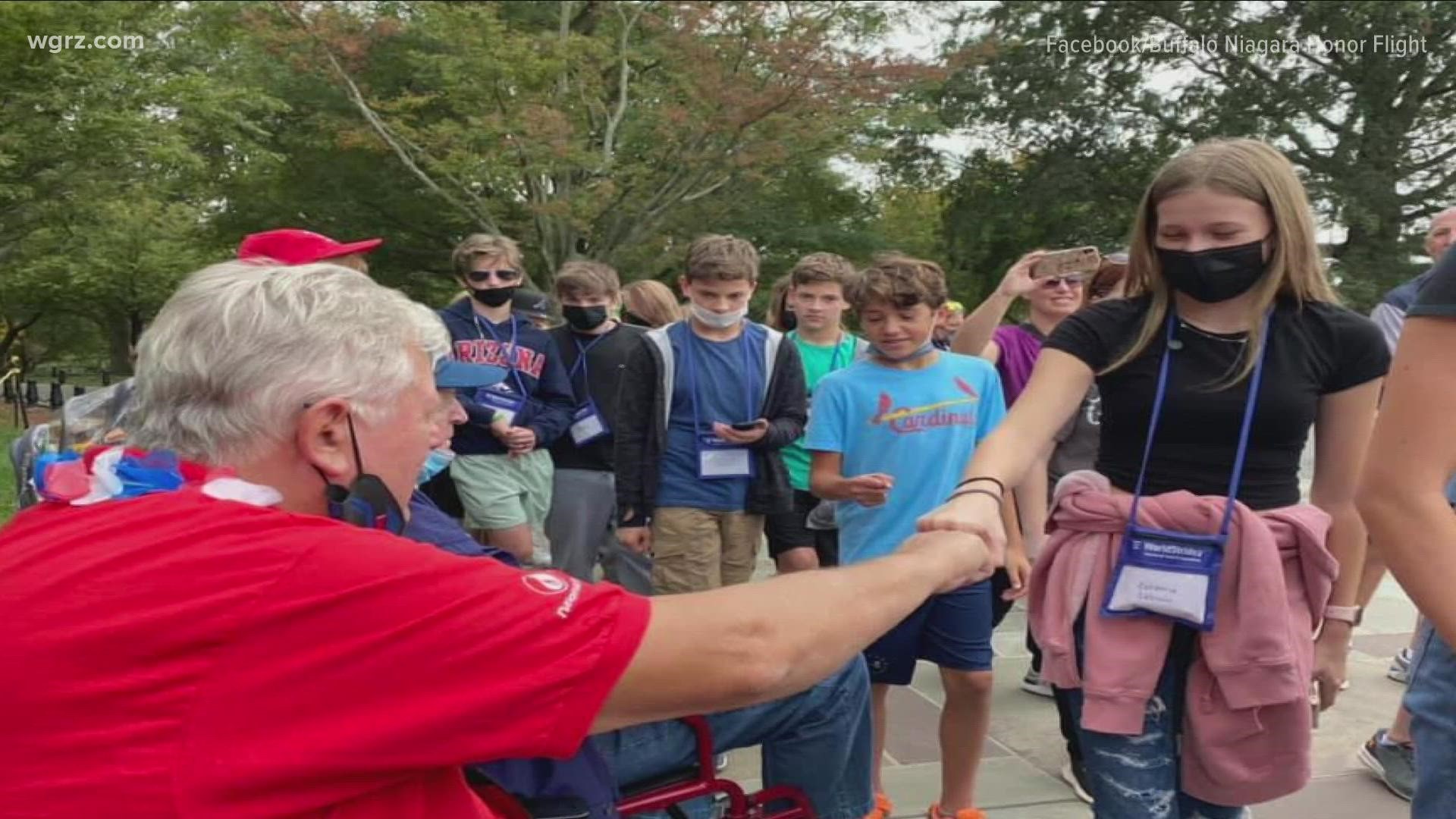 BUFFALO, N.Y. — The Buffalo Niagara Honor Flight took Western New York veterans to Washington D.C. on Saturday to tour the monuments for the wars in which they served, such as World War II, Vietnam, and Korea.

This was the first honor flight to travel to our nation's capital since before the COVID pandemic.

2 On Your Side's Claudine Ewing spoke with 87-year-old Isaiah Frederick this week as he prepared for the trip. He was very excited to go on the trip and his daughter said it was a delight.

Frederick was a truck driver and combat solider in Korea.

"I was assigned to a second infantry division, and I was assigned to signal company that installed telephone lines," he said. "I'm proud to have been in the service to serve, and I felt good about it."

He did his basic training in Fort Jackson, South Carolina, and his Advanced Technical Training at Fort Hood, Texas. Frederick got married in 1955.

After the military, he had a successful career as a pressman at Ford Stamping Plant.

His daughter said she is proud of his service to our country.

He is a deacon in a local church.

Frederick's guardian on Saturday's trip was none other than his daughter, Kathy, who is also a veteran.