The global marketing information services company released its ranking of North American airports and Buffalo-Niagara airport is at the top of its category. 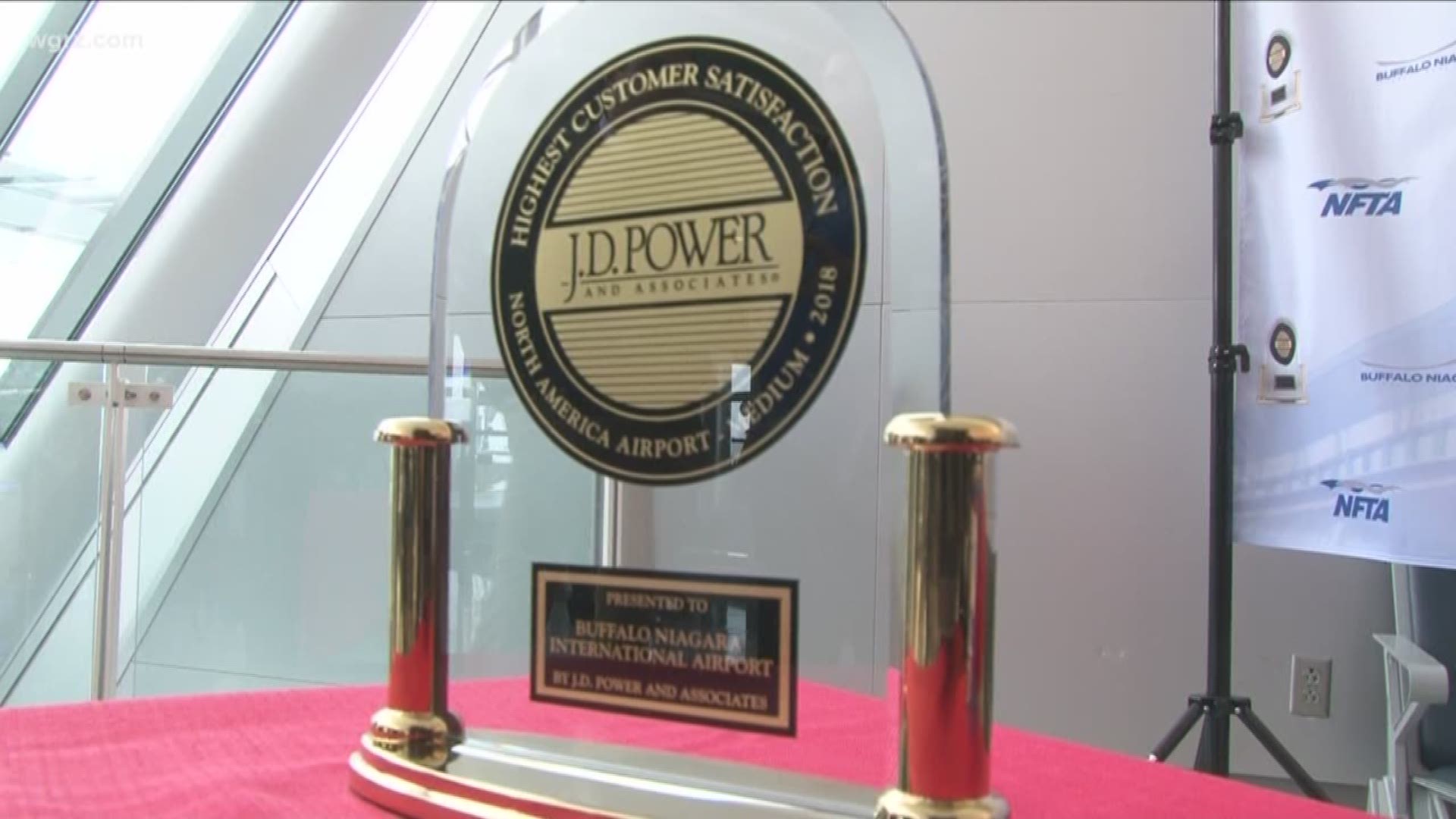 BUFFALO, N.Y. — Buffalo-Niagara international airport is ranked first overall in customer satisfaction in medium-sized airports. The report looked at customer satisfaction surveys from airports across North America grouped them according to size. The airports were then ranked from "among the best" to "the rest".

J.D. Power looked at things like location, ongoing construction projects, accessibility, and terminal facilities. Buffalo-Niagara airport not only excelled in these but also retail, food, and beverage.

A representative for J.D. Power and Associates, Michael Taylor, said the retail and food pushed Buffalo-Niagara airport to the top of the list in medium-sized airports.

"It's the food beverage and retail program that separates the good airports from the great airports," Taylor said at a press conference.

"Buffalo airport has all those factors going for it and that's what makes it number 1 in customer satisfaction as ranked by JD power and associates."

The best "mega" airport was Las Vegas McCarran International Airport. The best large airport was John Wayne Airport in Orange County according to customers. A full list of airport rankings can be found here.