After the video went viral, both the Erie County District Attorney and the Police Department’s Internal Affairs office announced that they would investigate. 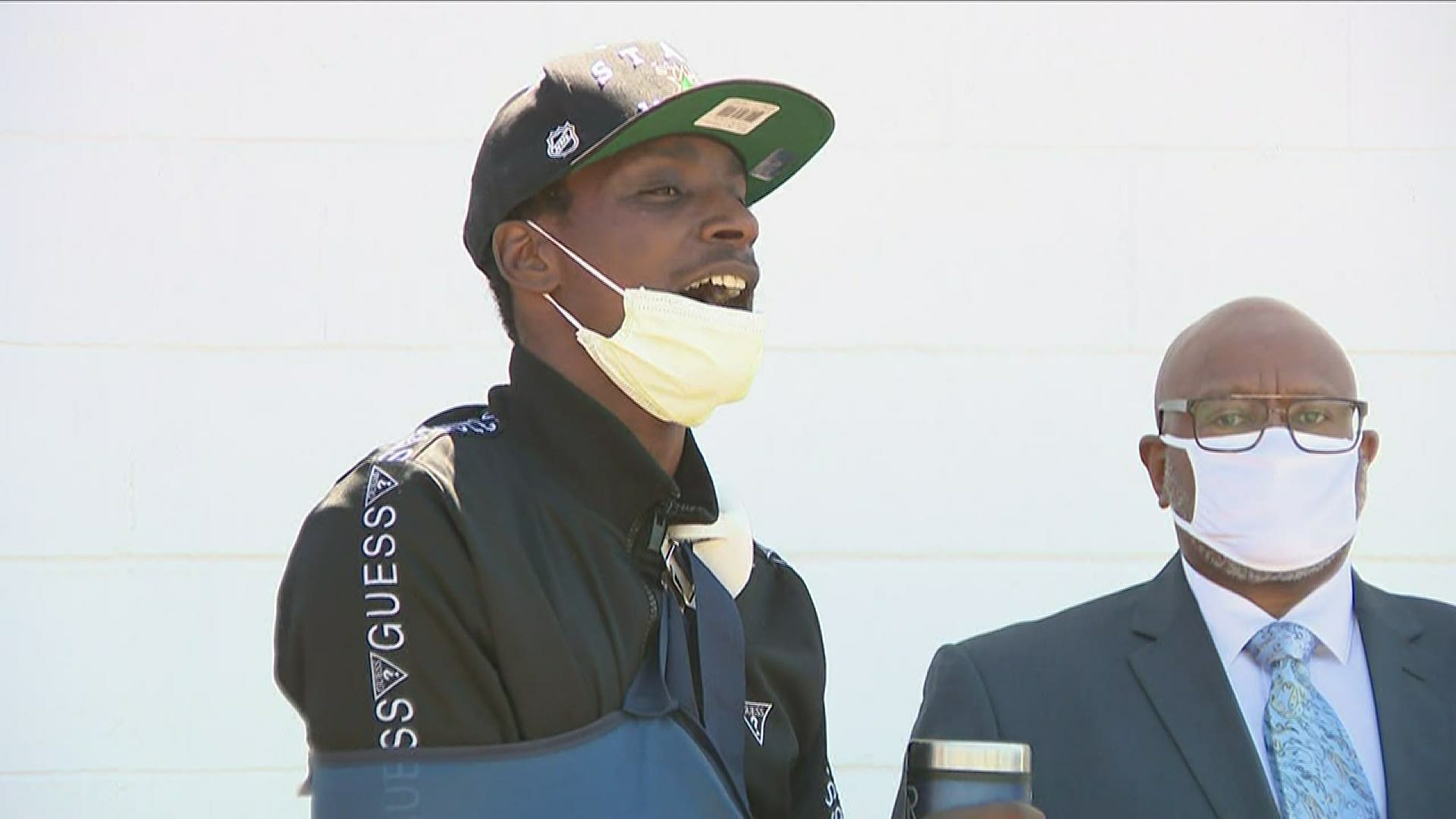 The video, which has been viewed on Facebook more than 9,200 times, shows the officers wrestling with Quentin Suttles at the side of a car in an attempt to restrain him. The officer is heard in the video telling Suttles that he’s "making it worse" on himself.

The video shows police punching Suttles in the face after he was stopped for a traffic violation on May 10.

After the video went viral, both the Erie County District Attorney and the Police Department’s Internal Affairs office announced that they would investigate.

"I'm tired of the people that we're supposed to be calling to protect us. I come outside, to feel like I'm being targeted," Suttles said Wednesday. "When I get pulled over by a car for not putting my blinker on or whatever, it could be anything, why do I have the fear, anxiety, my heart get to pacing when they pull me over.

"I'm shaking now thinking about it. I just want justice."

Suttles, 30, faces five charges, including destroying evidence and resisting arrest. According to an NAACP statement released on Wednesday, he suffered a broken eye socket, arm and collar bone.

The Buffalo NAACP said Suttles was unarmed and that no weapon was found at the scene.

"The Buffalo NAACP emphatically stands against any citizen coming under such inhumane treatment brought forth by the Buffalo Police, and therefore, we are calling for justice in the case of Mr. Suttles." the Rev. Mark Blue, president of the Buffalo NAACP, said in the statement.

Added Pastor James Giles, the president and CEO of Back To Basics Outreach Ministry, in the statement: "Great strides and efforts have been made to strengthen the relationship between community and law enforcement. Justice will need to be served expeditiously on this matter to continue on the path of strengthening communities."

RELATED: Boy grazed by bullet, two others shot on Buffalo's East side