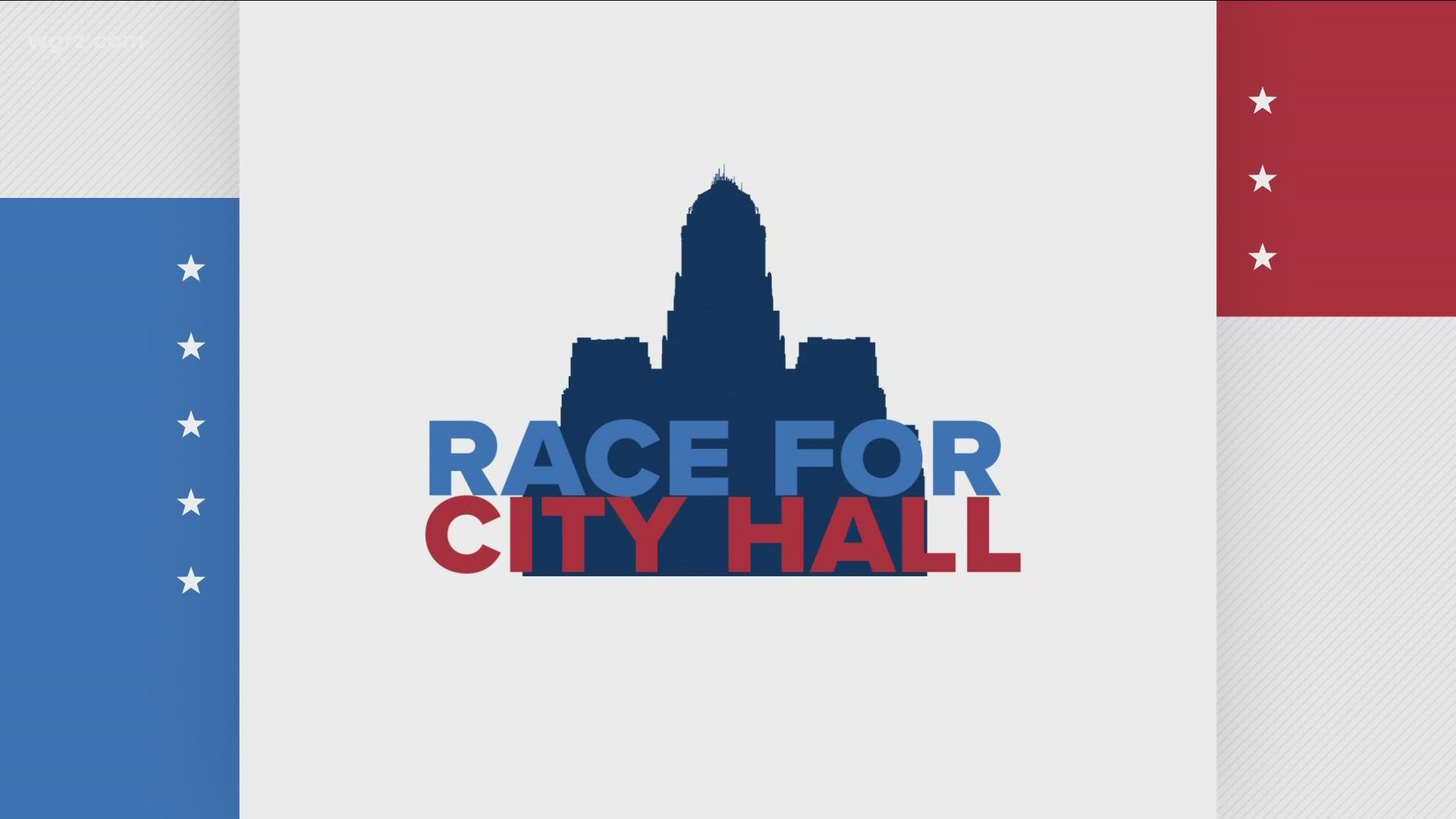 BUFFALO, N.Y. — With two months until the November Election, we now know that the four candidates for Buffalo mayor will face off in at least one debate.

Democratic primary winner India Walton, incumbent Mayor Byron Brown, attorney Benjamin Carlisle and Jaz Miles will all participate in a debate on September 9 from 7 p.m. to 8:30 p.m. The debate will take place at the Frank E. Merriweather Jr. Library, located at 1324 Jefferson Avenue.

Brown had previously agreed to take part in a mayoral debate that WGRZ planned on co-hosting along with The Buffalo News, WNED-TV, and WBFO radio, but Walton declined. Brown did not want to debate leading up to the Democratic mayoral primary in June.

Due to COVID-19, capacity at the event will be limited and masks will be required at all times.

Admission to the event is free; however, anyone looking to attend the debate must secure a ticket first. A limited number of tickets are available online starting at 12:01 a.m. on September 3.

2 On Your Side's Claudine Ewing will be one of the panelists posing questions for the candidates.