Walton is demanding that Brown show up to a debate, whether it be virtual or in-person, against her before early voting begins June 12. 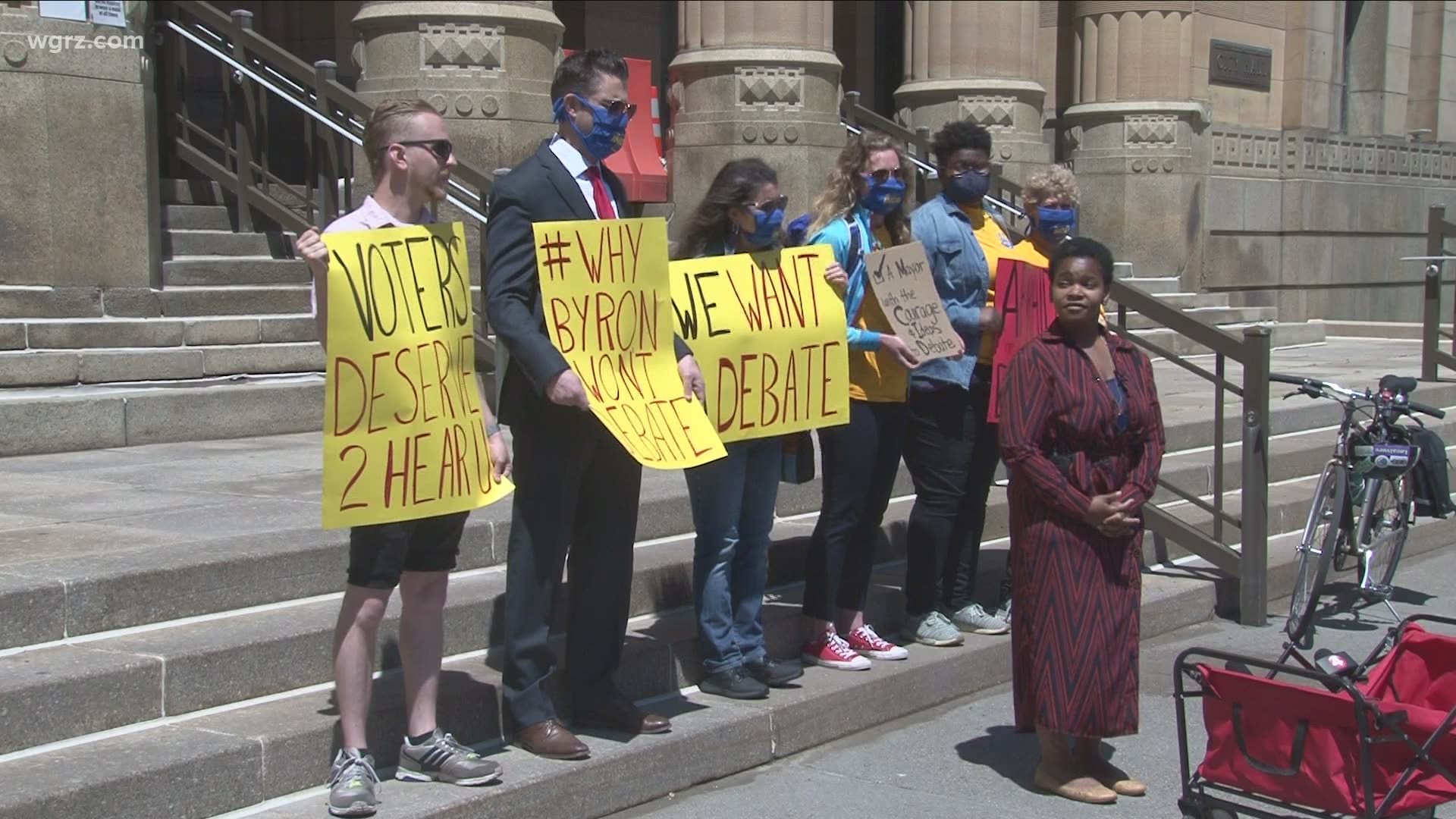 BUFFALO, N.Y. — India Walton is running for mayor against incumbent Byron Brown, and she says that last Friday, her campaign sent a formal letter to Brown, asking if he would participate in a debate for voters.

Six days later, Walton said she still did not receive a response.

Walton is demanding Brown show up to a debate against her before early voting begins June 12.

He started to self-quarantine at home on Wednesday after being exposed to COVID. He has received one COVID dose and is not fully vaccinated.

Walton says Brown should have a formal debate against her, whether it be virtual or in-person, because it's what's fair to voters.

"I would say that. It's definitely a part of the democratic process. You want to make the best choice and to have an educated electorate," Walton said Thursday.

Mayor Brown's campaign responded to 2 On Your Side for a response. We received this statement:

"Mayor Brown has always welcomed the opportunity to publicly discuss the issues that are important to the residents of the City of Buffalo, including the concerns of working people, which is why he has been endorsed for re-election by the Buffalo Central Labor Council AFL-CIO, and more than a dozen labor unions across the City of Buffalo to date," the statement read.

"Ms. Walton's mischaracterizations notwithstanding, Mayor Brown has always been forthcoming and transparent on where he stands on every issue, ensuring that the public can fairly and objectively decide for themselves who best represents all of the members of our community."