Walton says the experience has convinced her that more needs to be done to allow people who are struggling to be able to pay tickets and not have their car taken. 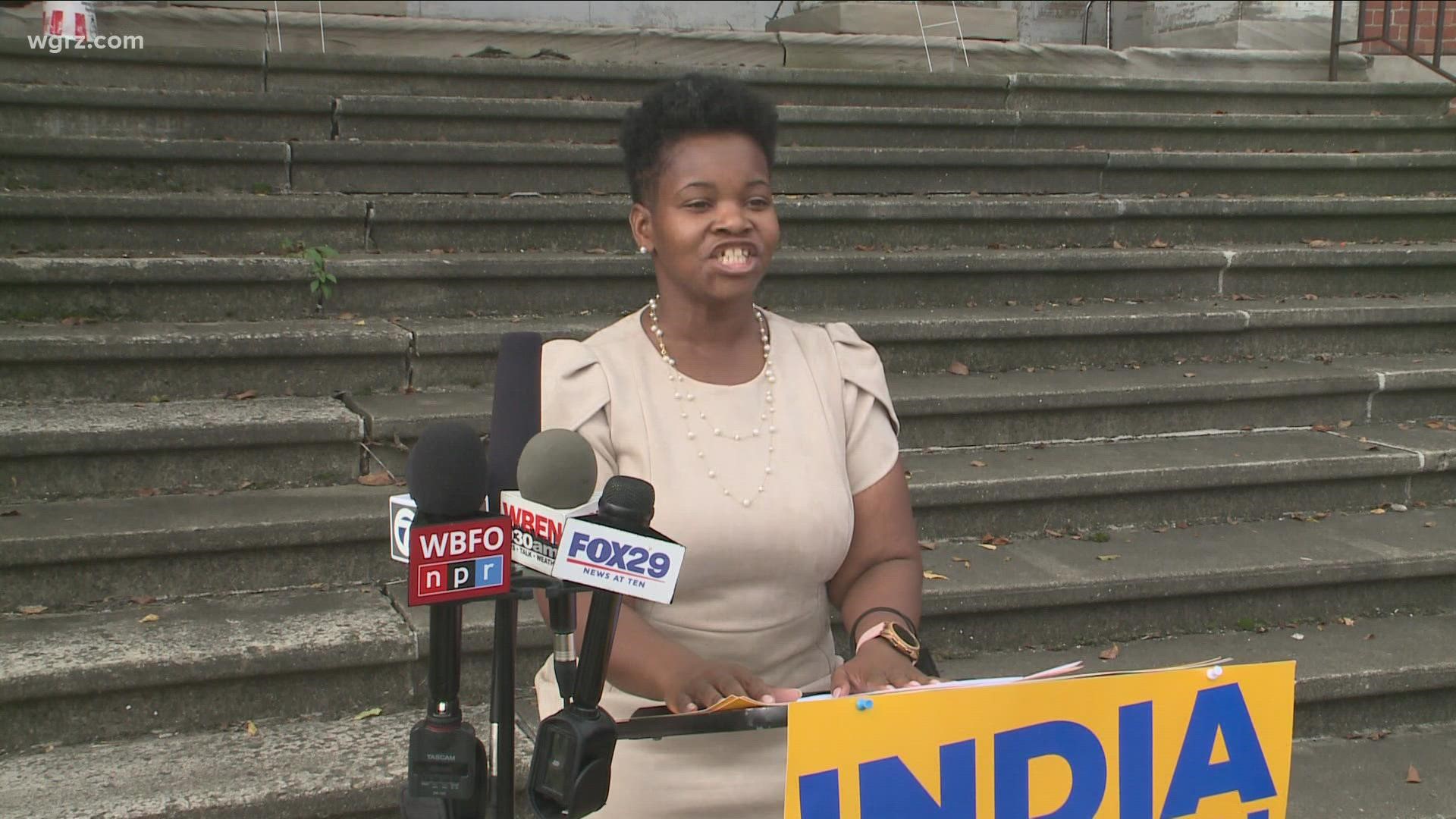 BUFFALO, N.Y. — India Walton, the Democratic Party nominee for Buffalo mayor, stood before an abandoned building at East Ferry Street and Humboldt Parkway on Friday to talk about her plans for the city's East Side.

But she wanted to address something else first.

"I want to start with the elephant in the room," Walton said. "I should have paid the parking tickets, and yes, I should have gotten my car inspected. What happened yesterday was unfortunate, but it's yesterday's news."

It was news that Walton broke herself on her Twitter account that her car had been impounded because of several parking tickets, which had not been paid, and because the inspection had expired in August.

Walton indicated that she didn't have the funds to pay the accumulated $600 in fines, which the city says she owes from the overdue tickets, and that getting her car inspected slipped her mind because she's been so busy in her campaign for mayor.

Incumbent Mayor Byron Brown, who lost in the Democratic Party primary to Walton back in June, is still hoping to be elected to a fifth term in November through an active write-in campaign.

Walton also said the entire experience has convinced her that more needs to be done to allow those who are struggling to be able to pay fines without losing their cars, and she indicated that as mayor, she would work on that.

"They can make payment arrangements to keep their car on the road, and not have to fight and struggle to pay the exorbitant fines and fees that we too often rely on to balance our city's budget," Walton said.

Several viewers have contacted 2 On Your Side to suggest that if Walton can't manage her affairs surrounding her car, it's an indication that she is in no position to manage an entire city.

"My experience is not uncommon for average Buffalonians. We are the third-poorest city of its size in the nation, and I think that what happened to me resonates with a lot of people, and we need leadership from people who are experiencing these issues, and who are plugged in to what is happening in our community at the ground level," Walton said.

Walton reminded that mayors don't run cities entirely by themselves, nor does she plan to.

"I have the ability to lead because I am a bridge builder," Walton said. "I'm not going to make unilateral decisions. I'm going to hire subject matter experts, and those who know how to do what's best for our community to be able to right the ship, and help create the healthiest and safest Buffalo as possible."

Walton's East Side Agenda calls for more affordable housing, not only for renters but for homeowners as well.

"We're going to fund repairs to keep people in their homes and create a municipally sponsored micro mortgage revolving fund to provide financing opportunities for homes that cost less than $50,000," she said.

Abating lead paint in older homes is also a top priority, according to Walton, as are improvements in sidewalks and streetscapes in order to improve safety and to help businesses in one of the poorest areas of the city.

Walton is also proposing a Parks Department that will be separate from the Department of Public Works which will be, according to her, more attentive to "maintaining healthy usable parks".

The plan also outlines her proposals to increase public safety and tackle crime while reducing joblessness in the area.