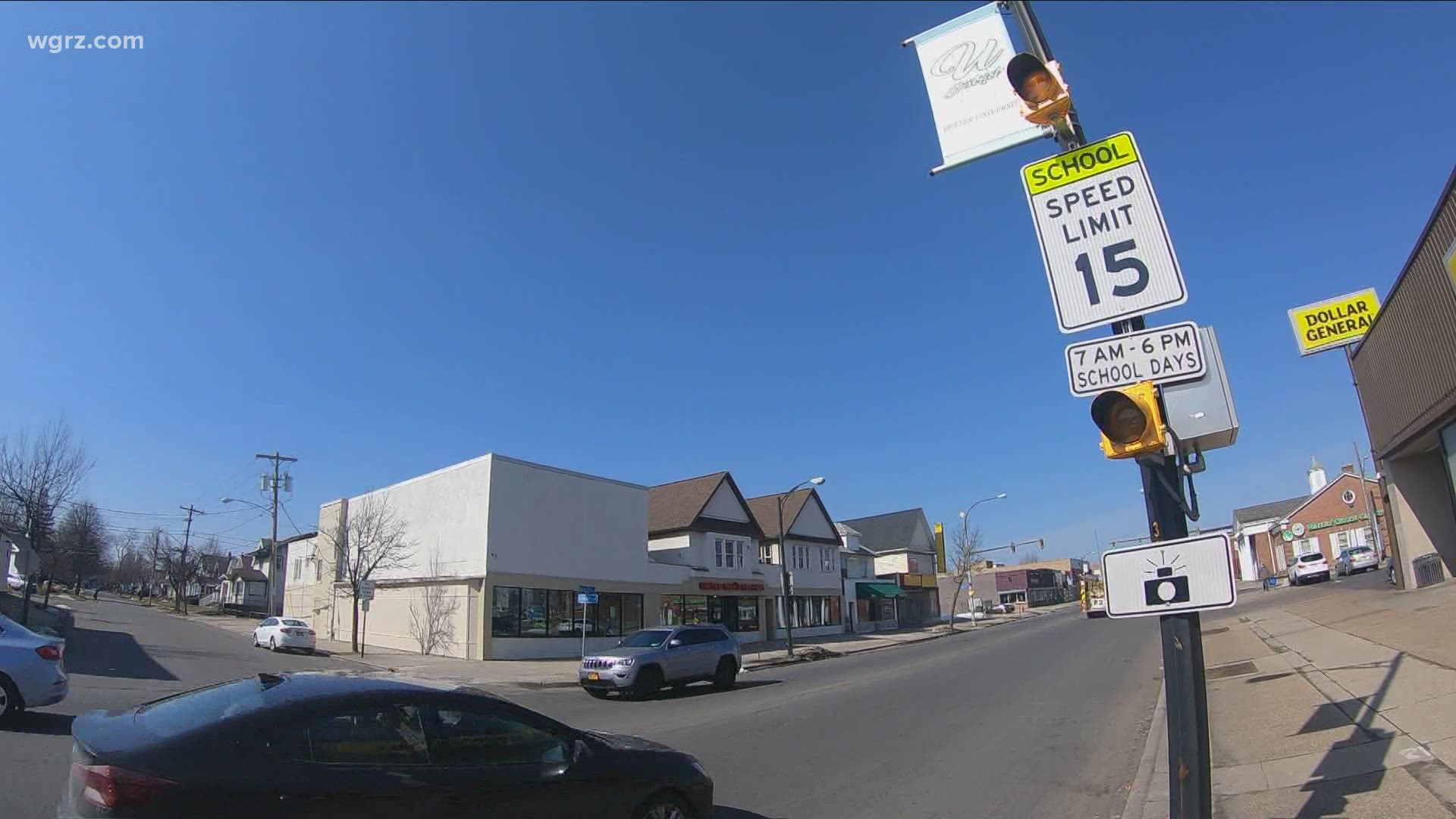 BUFFALO, N.Y. — Buffalo Mayor Byron Brown says despite the call by some residents and members of the Common Council for the city to end its controversial school speed zone camera program, he remains convinced it's a good idea and is effective in slowing traffic near schools.

“The data shows that people are slowing down," Brown said, citing a report submitted by the company the city contracted with to install and operate the cameras, which purports to show that since the city began fining motorists who exceed the school zone speed limit by more than 10 miles per hour, compliance near schools is up 82 percent.

Brown also insists the majority of the outcry has been from a vocal minority who've put pressure on councilmembers, who he also thinks should remember that they were the ones that studied the proposal, approved it, and then asked the state to allow for the cameras.

Meanwhile, a resolution by University District Councilman Rasheed Wyatt to get rid of the devices is undergoing review for language, before being presented to the entire council. Wyatt has deemed the entire program a “failure.”

If lawmakers do end up voting to disband the program, the measure will land on the mayor’s desk.

#Buffalo Mayor Still in Support of School Zone Speed Cameras, but mum for now on whether he would veto any measure to get rid of them @WGRZ

However, when we asked Brown whether he would exercise his rarely used veto power to keep the program going, he declined to answer.

“I don’t want to discuss any veto right now,” Brown said. “We want the council to look at the data that shows people are slowing down… that’s what the program is all about."

It would take six members of council to override a mayoral veto, and it appears Brown has at least one ally in all of this in South District Councilmember Chris Scanlon.

"I think they are absolutely imperative to slowing people down driving through school zones," Scanlon said.

Opponents of the cameras have been critical of the city for failing to try other traffic calming measures such as larger signs, speed humps, and even painting streets in front a school a vibrant color — all of which they believe would get drivers to slow down without having to face a fine.

Scanlon believes such ideas should be entertained, but that the cameras should remain.

“I don’t think it has to be an either/or situation,” he said. “I think these are measures which can complement one another.”