Overall, New York State has a 58.3% self-response rate as of Thursday. 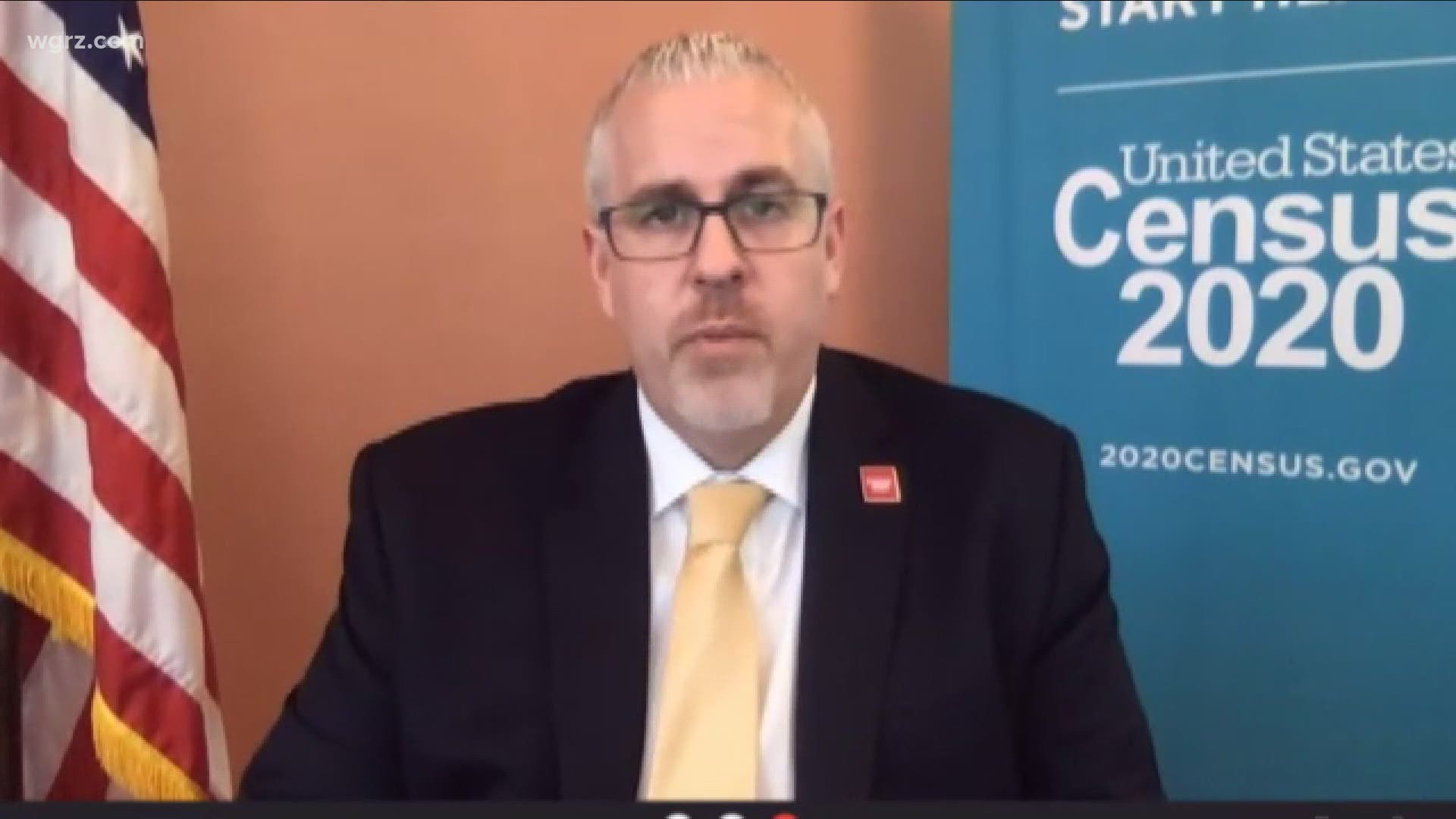 BUFFALO, N.Y. — The 2020 Census is going on right now, and there are many ways you can respond if you haven't already.

On Thursday, 2 On Your Side's Kelly Dudzik spoke with the New York Regional Director of the U.S. Census Bureau, Jeff Behler, to get answers to some common questions about the census.

Dudzik: Jeff, thank you so much for joining us today. A lot of people, it might be their first time filling out the census, getting it in the mail, can you just explain to people why it's such an important thing to do?

Behler: Yeah, absolutely. It really boils down to two key areas. First, representation. That's at every level of government, from the number of seats each state has in the U.S. House of Representatives to the Electoral College. States use this data to redistrict to draw out their voting precincts, their school districts, businesses use this data to determine where they want to grow. They want to go to places where there's a customer base or they can hire employees. And the other key reason is the hundreds of millions of dollars of federal funding that are disseminated every year based upon formulas that use census data for important programs like Medicare, and Medicaid, and food stamps, and TANF and WIC.

Dudzik: How is Buffalo doing so far with its response rate? 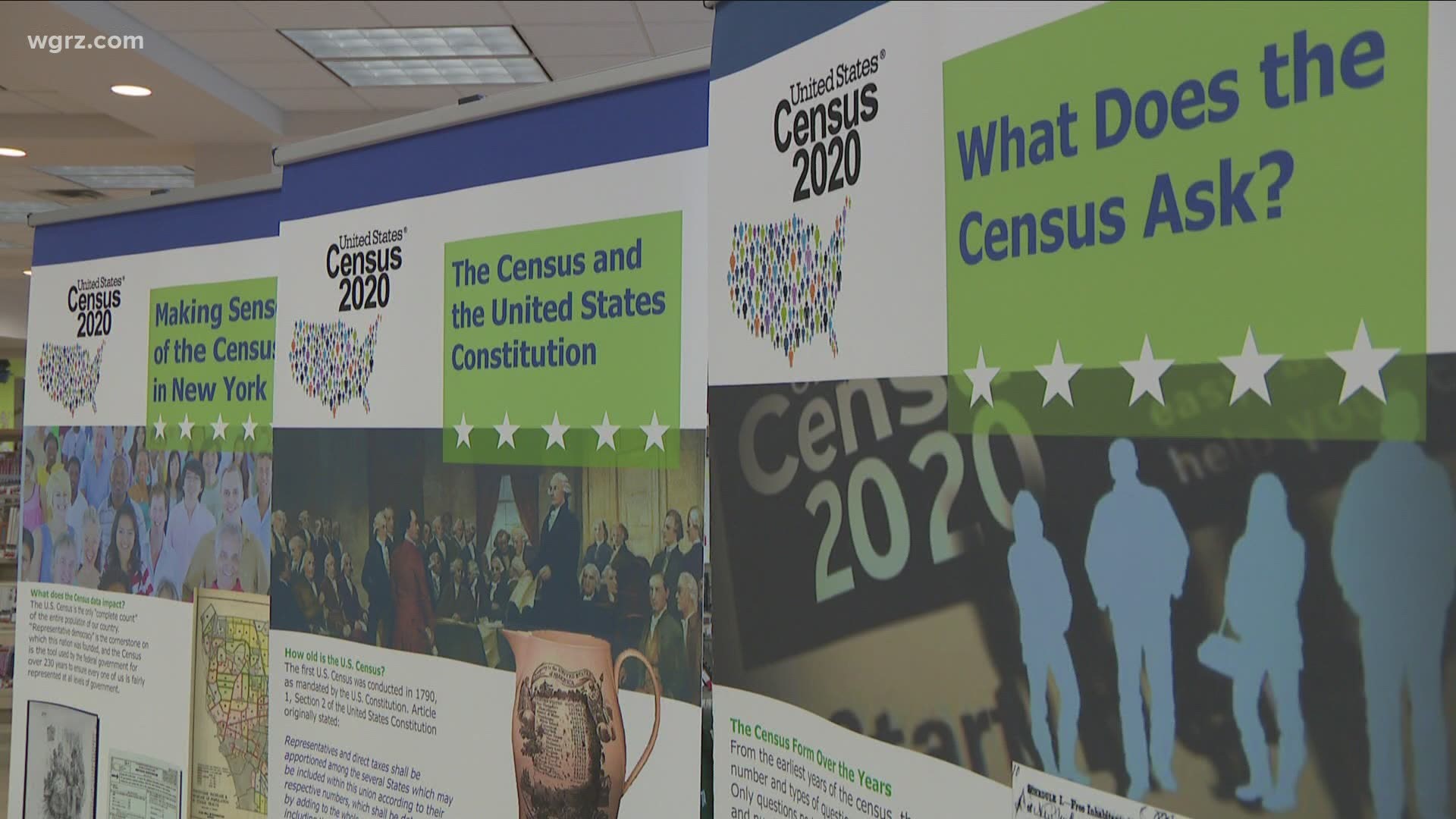 Dudzik: Is that typically where things stand at this point in the game, or has COVID had an impact on whether people are responding or not? Is this kind of going on the back burner?

Behler: Yeah, certainly COVID has had an impact. The great thing about the 2020 census is the ability for people to fill out their form online or to call it in over the phone. Two options we didn't have back in 2010. What has been really detrimental is the ability for wonderful partners. The library system in Buffalo has been amazing. They were planning on opening their doors and dedicating computers for local residents to come in to fill out the census. Maybe they didn't have internet connectivity at home or device that they could use, so that's what really slowed down, especially look in Upstate New York and all our urban areas, our densely populated areas, that's such a great tool to use that was taken away due to COVID-19.

Dudzik: Yeah, a lot of people here still don't have internet access or reliable internet access, so if people are going to be going door-to-door, how can somebody be sure that they are who they say they are? What kind of identification will they have so they know they're giving their info to a legit person?

Behler: These census enumerators, it's safe to talk to them. They are your neighbors. We're hiring over 1300 enumerators across Erie and Niagara Counties to go out there and knock on doors in their own communities. They will have an official badge, a photo ID with an official U.S. Department of Commerce watermark, as well as an expiration date on that badge. You're going to see them carrying a census bag. They're going to be collecting the information on a smart phone, and there's going to be a sticker on the back of the smart phone, a commerce seal sticker. In addition, we require, regardless of local jurisdiction requirements, we require that every census employee wear a mark when they're in the public. Part of their training is also teaching them about social distancing and how to do it while maintaining confidentiality. Knocking on the door, backing up six feet to make sure that you're keeping that respondent safe as well as yourself.