“I’d rather enjoy a risky freedom than a safe servitude,” says a Marine who now owns a cross training facility in Orchard Park. 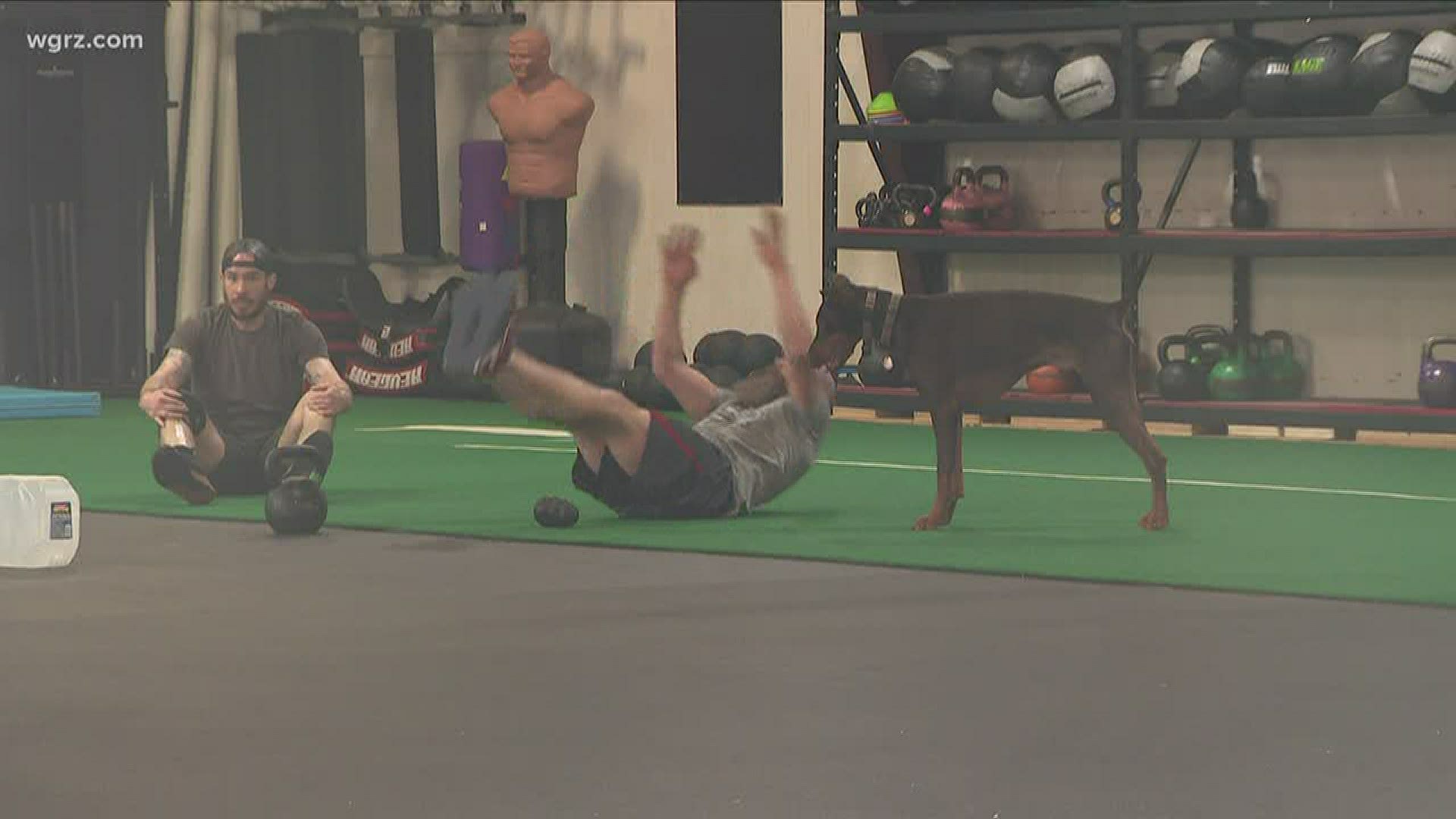 ORCHARD PARK, N.Y. — With Western New York now in the first phase of re-opening under a state plan to gradually lift its coronavirus related shutdown orders, not every business can resume operations. Gyms are one host of businesses that still haven’t been cleared to welcome back patrons.

According to the owner of an Orchard Park gym, his decision to defy Governor Andrew Cuomo's orders ended up with him being threatened with arrest and possibly losing his business for far longer than the shutdown order might last.

His cross-training facility is on California Road in Orchard Park.

“It’s more about freedom,” Dinero told WGRZ-TV, regarding his decision. “Our rights are protected by the first amendment, which includes our right to assemble, and my 14th amendment right to due process, as well as life, liberty and the pursuit of happiness.”

Governor Cuomo was given unprecedented powers by the state legislature when it agreed to vastly expand his authority during a declared emergency as part of a coronavirus funding bill in March.

Since then Cuomo has answered questions regarding his use of these powers to supersede existing laws, as well as constitutionally related questions. The governor insists that individual rights to do as we please under ordinary circumstances must not outweigh the rights of others to have their health protected under the measures he has taken during these extraordinary times.

However, Dinero doesn’t believe the crisis is as serious as some (including several noted health experts) believe, nor that the government’s job is to be “our mother."

“As more people test positive, the death rate from this is shown to be plummeting and I don’t know what people are worried about,” said Dinero. “Exercise isn’t the problem. Sitting on our asses is. When we had terrorist attacks on our shores no one shut down the movie theaters or the parks or cancelled events… but here people are running around like their hair is on fire and hiding. Americans don’t hide… it’s not what they do.”

Timeline to a Showdown

Last week on Facebook, Dinero began posting his intent to conduct classes Monday in defiance of the shutdown order for gyms.

On Monday morning, before the first class was scheduled, he says police arrived, but left because there was no one at the gym and therefore nothing to cite him for. But he claims that after they left, he went ahead and held the class with four people inside his 7,500 square foot facility and five more who were doing their training outside the building.

According to Dinero, he told his members that if they wanted to wear masks they should, but that none were required.

“I wear only the mask of freedom,” he said.

In addition, he noted that there was plenty of space inside the gym for patrons to maintain social distancing if that’s what they desired.

“I could put more than 20 people inside the building and still have more than ten feet between each person,” he said

He had another class scheduled for 4:30 p.m. Monday, but claims that at approximately 2 p.m. the town’s building inspector and chief code enforcement officer Steven Bremer arrived on the scene and summoned police.

2 On Your Side attempted to contact Bremer to speak with him regarding this story, but as of Tuesday evening, he had not returned a voicemail message.

According to Dinero, Bremer informed him that if he continued to flaunt the law, he would immediately suspend his certificate of occupancy, and have the power to the building disconnected. In addition, Dinero says the officers informed him he would be subject to arrest.

“They said they would have to charge me with something like endangering the public,” said Dinero, who praised the officers’ professionalism during the situation.

“They’re good men and women and they are just doing their job,” he said.

According to Dinero, Bremer then told him that if he revoked his certificate of occupancy, the only one who could restore it would be a judge. And with courts having been shut down for two months, and with a pending backlog of cases awaiting their reopening, Bremer inferred to him that it might take months for his case to come before a judge.

That gave Dinero enough pause to decide not to press the point any further at that time.

“I gave them my word that I would not hold a class that night and my word is my bond,” he said. “And then everyone left.”

The Fight May Not Be Over

Dinero did not rule out the possibility he may challenge the shutdown again, perhaps as early as this week, once he obtains legal advice.

“If only to show the world it's our right to do what we want,” he said. “I'm an American. I fought for this country I fought for the right to live free. But I I’d like to be able to push back with something more than saying, ‘dammit I wanna open.”

When asked what he might say to those who believe his actions are indeed endangering public health, he replied, “I would say that the same amendment that protects my freedom to assemble protects their right to say those things. I don’t begrudge them that opinion nor their right, if they are fearful, to stay home. I respect their right to do that.”