Buffalo fishing charters likely to feel a bite from airshow

Restrictions on launching and fishing areas during airshow come during Father’s Day weekend, traditionally one of the busiest of the year for charters. 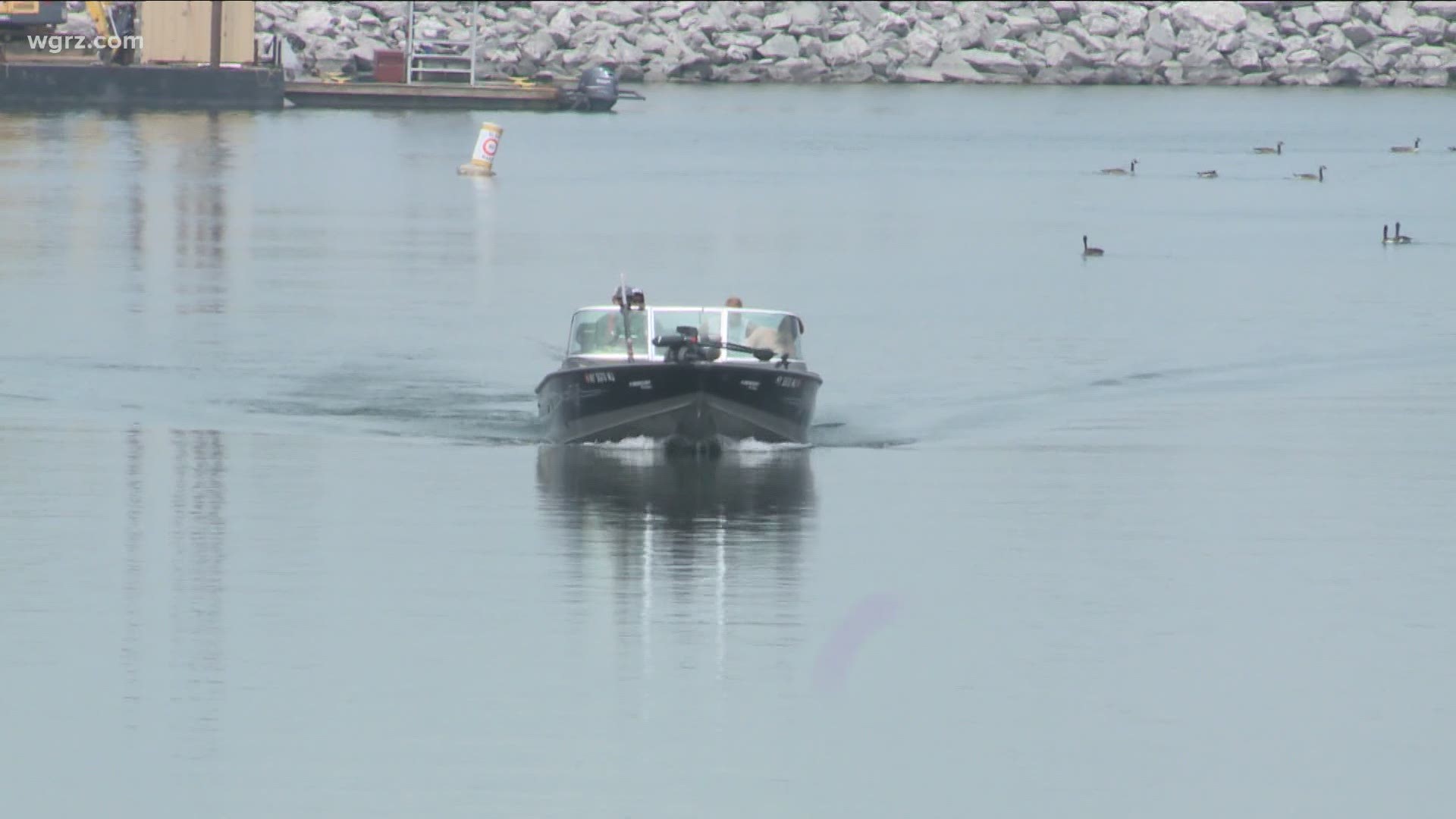 BUFFALO, N.Y. — “I think it's wonderful having an airshow because Buffalo needs this kind of publicity and activity,” said Jim Hanley, a veteran fishing charter operator in Western New York. “But this is unfortunately on a weekend where you are going to hurt some people that are going to be restricted on their normal daily operations."

Hanley’s charter service was one of many which expected to do bang up business on Father’s Day weekend, which is traditionally among the busiest of the year for fishing guides in Western New York.

However, the recent announcement that an airshow originally scheduled for Niagara Falls had been moved to Buffalo on Father’s Day weekend, and the restrictions being imposed on where boats can launch and where they can fish before and during the airshow, has them caught.

"You plan for this weekend all year and you have people booking a year ahead of time and now we have to cancel,” he said.

The State Office of Parks Recreation and Historic Preservation which operates Buffalo Harbor State Park, has decided to close its boat launches at dusk on June 17. They will not reopen until after the airshow on June 20.

“We use this ramp to make our living so it's definitely unfortunate,” said Hans Mann, who operates Buffalo Harbor Outfitters and was looking forward to a busy Father’s Day weekend as well.

While some charter captains may try and launch from other harbors to try and keep their Father’s Day bookings, it’s not the most desirable of options.

"Some may try and get out from Erie Basin Marina, but I can only imagine what that’s going to be like with every other recreational boater and charter captain trying to launch out of there using that small marina," Hanley said.

And, even if they were to do so, they will not be able to fish the best waters this time of year, which are near the break walls of the Outer Harbor, because those will be restricted due to the airshow.

“The restricted areas that they have is where the best fishing is this time of the year,” Hanley said.

Taking a fishing charter isn’t cheap, and those willing to pay expect to catch lots of fish and often do.

“We fish around here because we know what’s going on here and we know where the fish are and that’s where we’d like to stay,” Mann said.

In an emailed statement, a spokesperson for New York State Parks told 2 On Your Side:

"We fully recognize the ramifications of closing the launches that weekend and have considered every possible alternative. However, at the end of the day, Parks must ensure the safety of all patrons and consider the traffic implications that will come as a result of the airshow being hosted by our neighbors on the outer harbor.”

The state park’s department will also be charging $20 per car to enter Buffalo Harbor State Park during the airshow (first come first served) and with its launches closed, and without all the usual boats and trailers -which generally take up double spaces - there will an abundance of those $20 spaces.

“That’s one interesting way of looking at it,” Mann said.

Watching from The Water

Provided they launch from another marina other than Buffalo Harbor State Park, boaters will be allowed to view the airshow from the water (and avoid the $149 charge for the prime viewing area on the shore).

However, they will be restricted on where they can be.

The map below, provided by the U.S. Coast Guard, outlines both the area that has been set aside for vessels to anchor and watch (outlined in green) and the area directly beneath where the aircraft perform (outlined in red) will be off limits to boaters.

The Coast Guard will have additional information on its Facebook page as the airshow approaches.