His family lost everything when flames destroyed their home on Frankfort Avenue on Thursday, hours before his birthday party. 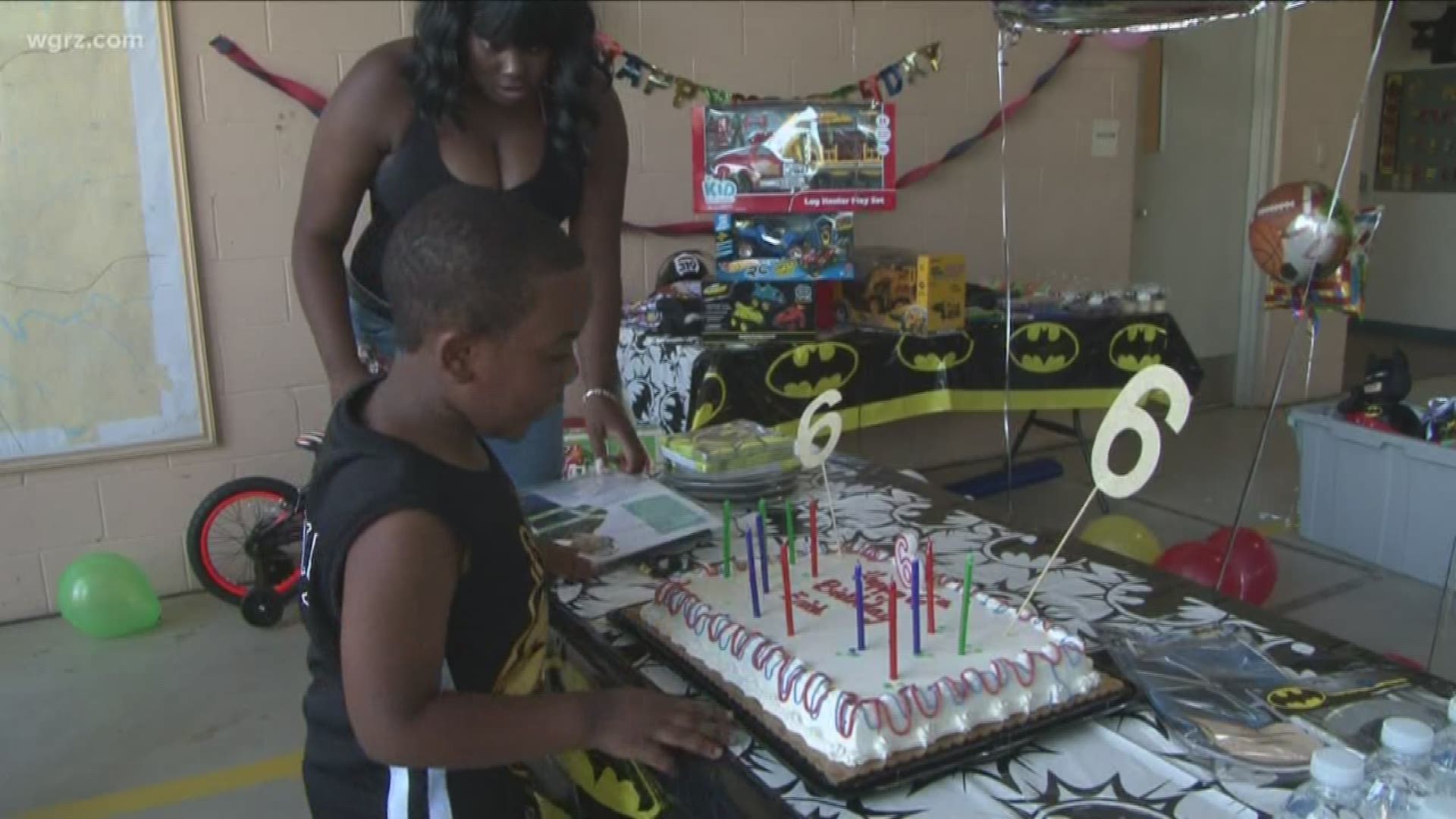 BUFFALO, N.Y. — A family in Buffalo lost everything when flames destroyed their home on Frankfort Avenue on Thursday.

"I come back from Party City to the house up in flames" said Jamia Jones.

One Buffalo fireman was injured while fighting the fire, and the house was deemed a total loss.

The fire happened just hours before a 6-year-old boy's birthday party. All of his birthday presents were destroyed in the fire.

Sunday, the firemen that responded gave the young boy a special surprise.

"We decided to get together, throw him a birthday party, shower him with a lot of gifts, invite his family here and show him that there is a second family out there that he can rely on" said Buffalo Fire Commissioner William Renaldo.

"There's no amount of thanks that you can give for all of this," said Jamia Jones, Erick's mother. "All the gifts, all the time, they didn't have to do it, like you said, and I'm just so grateful."

A GoFundMe page has already raised more than $1,300 for the family.

The Buffalo firemen named Erick an honorary member of Engine 33 and told him that he is welcome to stop by to see them or the firetrucks any time he wants.