The Buffalo Fire Department responded to a second-alarm fire at the Veterans Affairs Hospital Thursday evening. 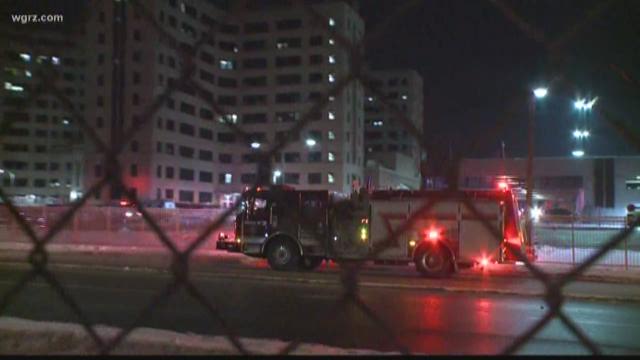 Buffalo firefighters responded to a second-alarm fire at the VA hospital after reports of flames coming from the roof.

When firefighters arrived, they found a fire coming from a hatch on the roof of the 11th floor.

No one was hurt.

At this time there is no word on a cause for the fire, but fire investigators tell 2 On Your Side it is believed to be an accident.