The fire engines/pumpers cost $575,000 apiece and were built by a company in Hamburg. They will replace older fire trucks that will now be used as reserves. 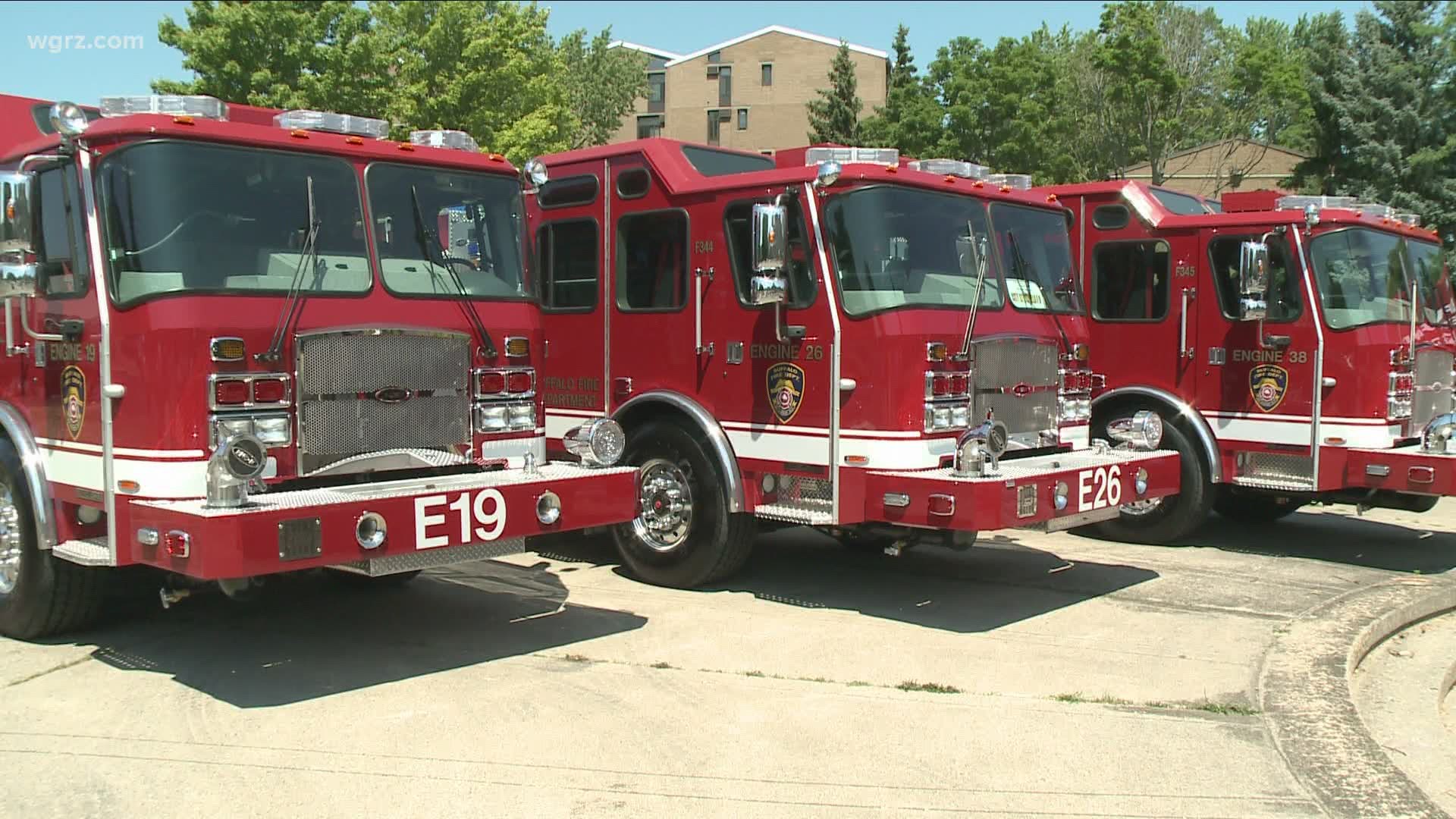 BUFFALO, N.Y. — The Buffalo Fire Department will now have three new fire engines and three more SUVs at its disposal.

"As we reopen and get back to more normal times in the City of Buffalo, my administration is continuing our on-going efforts to provide our fire fighters with the state-of-the-art equipment they need to serve and protect the residents of the City of Buffalo," the mayor said.

"These new fire engines and the additional response SUVs are part of the nearly $29 million we’ve invested in the Buffalo Fire Department since 2006."

The fire engines/pumpers cost $575,000 apiece and were built by E-One Emergency and Rescue Vehicles in Hamburg. They will replace older fire trucks that will now be used as reserves during emergency situations.

"Since 2006, we’ve replaced the entire fleet of fire vehicles, opened three new firehouses, with a fourth in the design phase, and completed major renovations at several others, equipped our fire fighters with state-of-the-art equipment, and trained our firefighters to administer overdose reversing medication," Mayor Brown said.