While acknowledging "Covid fatigue", they say now is not the time be lazy about observing health guidelines, especially as cooler weather drives more indoors 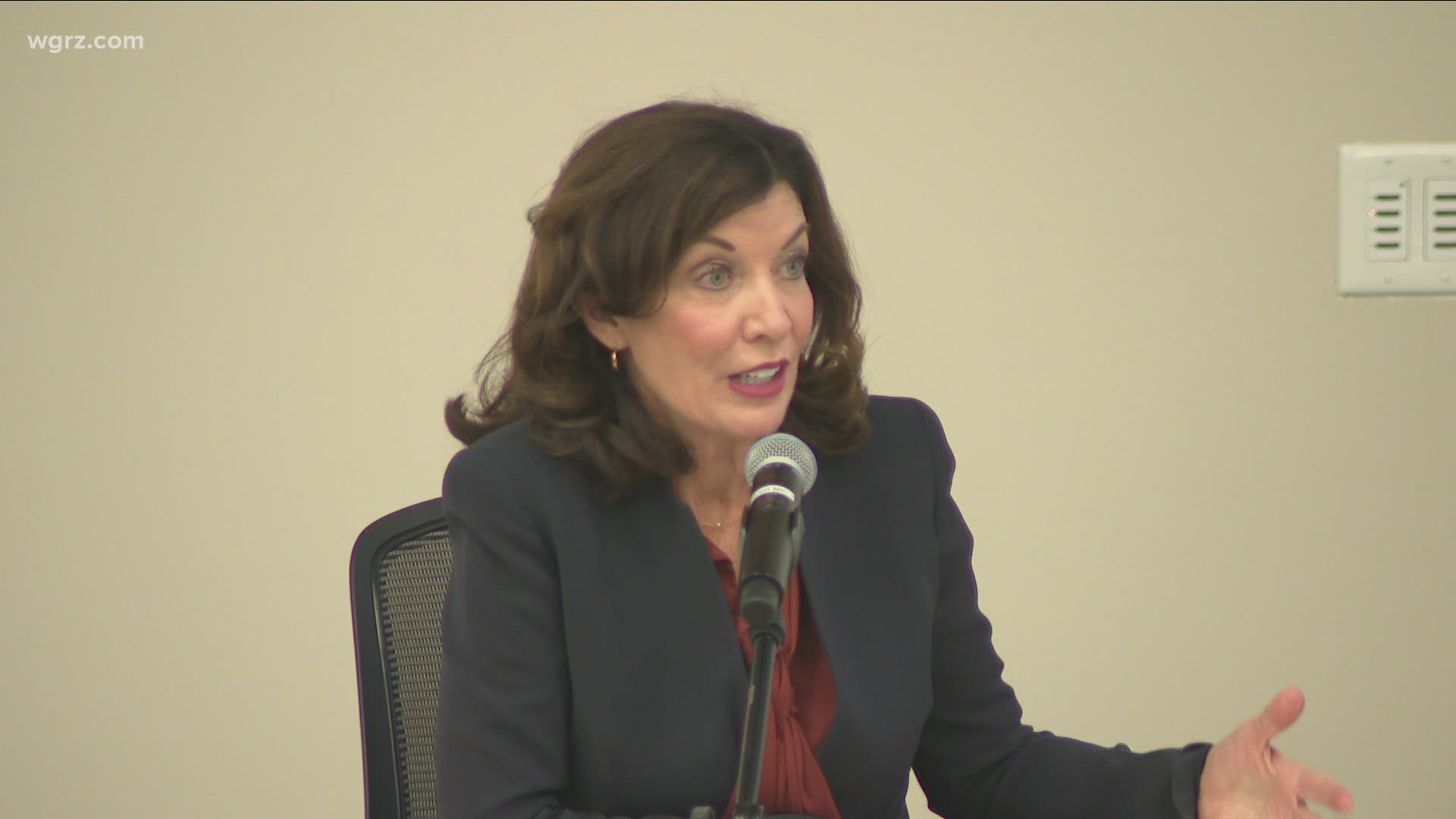 BUFFALO, N.Y. — "If we all wear masks then the virus has no where to go," said Dr. Thomas Russo, an infectious disease specialist at the University at Buffalo's Jacobs School of Medicine.

Russo joined the Dean of the medical school, Dr. Michael Caine, on Friday to urge the public to remain vigilant in observing health guidelines intended to limit the spread of Covid-19.

They say this is especially important as the weather cools, the hours of daylight shorten, and people naturally begin spending more time indoors, which they referred to as a venue for increased spread.

Its The Best We Can Do For Now

Caine noted that until a vaccine is approved, non pharmaceutical measures such as physical distancing, face coverings, and hand hygiene are all people have to protect themselves.

Added Russo, ""I like to think of masks as our bridge to the vaccine. This mask is my pseudo vaccine."

Russo also appeared to be empathetic with those who've grown weary of wearing masks and limiting their activities in compliance with New York state mandates.

Yet he says even those who are experience "covid fatigue" need to be wary.

"if we get lackadaisical, if we get this covid fatigue and think to ourselves that we've been doing this long enough...and begin to think we can do this or do that...then these are the behaviors that the virus lives off of, " Russo warned.

The doctors were joined by NYS Lt. Governor Kathy Hochul, who noted that while many feared the start of school would lead to significant spread, those fears- at least thus far -have been unfounded.

"Fortunately it does not look like there has been any undue cases or community spread resulting from children going back to school or students going to colleges," Hochul said.

Cuomo recently threatened to withhold state aid to  those communities.

"He wants to make an example to the people who are flagrantly violating them,"  Hochul said.

Cuomo's critics, however, have noted that the same governor howled in protest at a suggestion by President Trump that federal funds be cut off for states that refuse to comply, or even interfere with federal policies, notably regarding immigration law.

State Senate Minority Leader Rob Ortt in a statement said, "Withholding local funding will only further raise taxes and is further evidence that it's time to rescind the Governors broad emergency powers."

You can see more about that by watching the video below.