The former executive secretary to Buffalo Bishop Richard Malone appeared on the CBS News 60 Minutes program to explain why she felt compelled to leak to the media key information on how the Catholic Diocese handled priest sex abuse complaints. Father Robert Zilliox of St Mary's Catholic Church of Swormville also spoke in an interview about his frustrations as a key adviser to Malone following his statements Saturday that as a teenager he also had been abused by a priest. 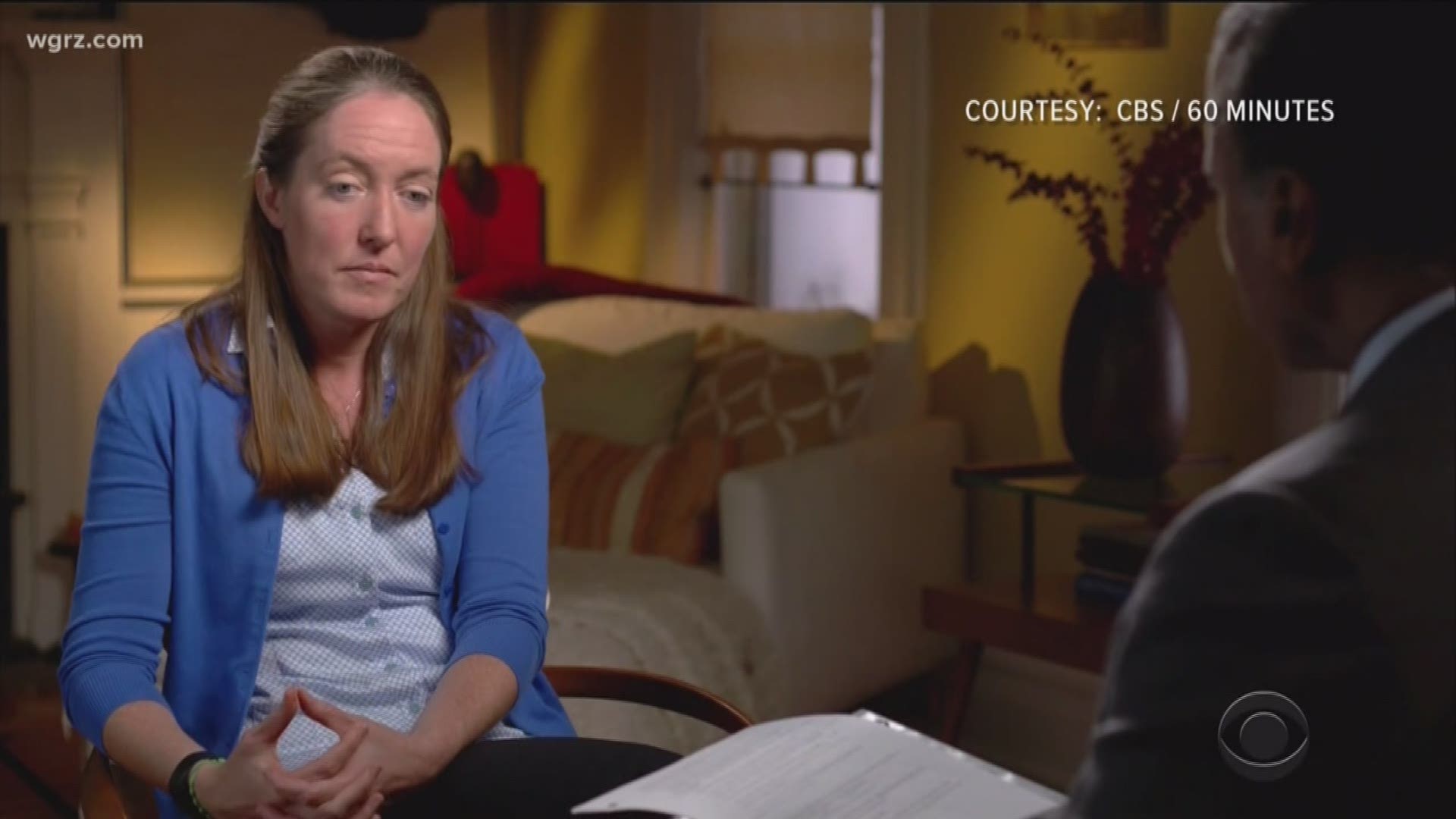 BUFFALO, N.Y. - In a compelling interview aired Sunday on the CBS 60 Minutes program, the former executive secretary to Buffalo Bishop Richard Malone explained her feelings about disclosing to a local reporter key documents and information on the handling of the priest sex abuse complaints by Malone, the Diocese, and its attorneys.

The program also interviewed Father Robert Zilliox of St. Mary's Catholic Church in Swormville, who talked about his frustration of serving as a key adviser to Bishop Malone and then seeing how the cases were actually handled by Malone.

Zilliox came forward Saturday during Masses to say that he himself had been abused as a teenager by a priest. He said he agreed to do the interview despite a feeling of personal pain, but felt he could no longer stay silent.

MORE: Father Zilliox: 'I am a victim of abuse by a priest'

CBS News reported that Siobhan O'Connor spoke last week with the FBI, which has been conducting interviews. She had personally handled dozens of the calls which came into the Diocese from victims reporting their stories of being abused by priests, and then resigned in August because she felt "morally allergic" to what she saw. The story reported that Bishop Malone told her it was none of her concern when she urged him to take action for the victims.

O'Connor said during the interview that she did feel she betrayed the Bishop but felt she cannot apologize because, "there was a greater good to consider."

She also said, "The reality of what I saw really left me with no other option because at the end of my life I'm not gonna answer to Bishop Malone. I'm gonna answer to God."

60 Minutes reports that O'Connor copied documents which she found during her time working for the diocese, including an over 300-page report in a supply closet from a local law firm, providing guidance on handling such cases for Malone when he took over as Bishop in 2012.

She said Malone did not reveal names of priests, nor take any action against those who were still active in the ministry.

O'Connor also told the CBS reporter that she hoped for a grand jury to get involved and for other independent investigations, but then worried about other potential victims. She also was concerned with the initial release of 42 names of priests tied to sexual abuse complaints by Bishop Malone, because she knew from the reports that there were up to 118 priests listed in complaint reports.

Connor said, "The attitude seemed to be to protect the church's reputation and the assets."

"A lot of cases probably should have gone to Rome at the time. They did not," said Zilliox. He added that eight or nine priests should have been removed from ministry but they are all still in the priesthood in the Buffalo area.

The report pointed out that Bishop Malone declined to be interviewed for their report. He has been interviewed by another local media outlet, but has repeatedly refused to do interviews as well with Channel 2.

He released this statement to 60 Minutes:

"The following is the statement Bishop Richard J. Malone of Buffalo released to "60 Minutes" in advance of their upcoming story on the Diocese of Buffalo. We are also releasing it to the public.

I appreciate the invitation to interview with 60 Minutes. Regrettably, I must decline for two reasons.

First, the Church is in the eye of a storm largely as a result of wrong decisions made decades ago and even some made recently, as I have acknowledged. But, our efforts and our focus have always remained steadfast: protect the children and reconcile with the victims.

To that end, we have strengthened our policies and protections against abuse and we plan to extend those protections for adults as well.We have instituted an Independent Reconciliation and Compensation Program to bring some measure of justice to those who have been abused. We have hired a former Special Agent of the Federal Bureau of Investigation to monitor our professional responsibilities and obligations. We continue to reach out to victims, remove clergy with substantiated allegations from ministry and cooperate with Federal and State investigations.

These activities occupy most of my days, but as St. Francis of Assisi instructed us: start by doing what is necessary; then do what is possible; and suddenly you’re doing the impossible.

Second, while 60 Minutes is free to interview whomever they wish for this story, it is clear to me and my staff that your roster of interviews did not include those who are aware of the full extent of the efforts of our Diocese to combat child abuse. Nor does it include those who urge me every day to stay the course and restore the confidence of our faithful.

Sometimes, it feels like the weight of this scandal will never pass, but by doing what is necessary and what is possible, one day we will restore confidence and earn the support of the faithful of our diocese.

Finally, although I have respectfully declined your invitation, I have sat for hours of interviews with highly regarded local journalists -- a newscaster and a reporter for our daily paper -- so that our message can be distributed locally."