The Buffalo Common Council Legislation committee voted to adopt a resolution to eliminate the school speed zone camera program, but it's not a done deal. 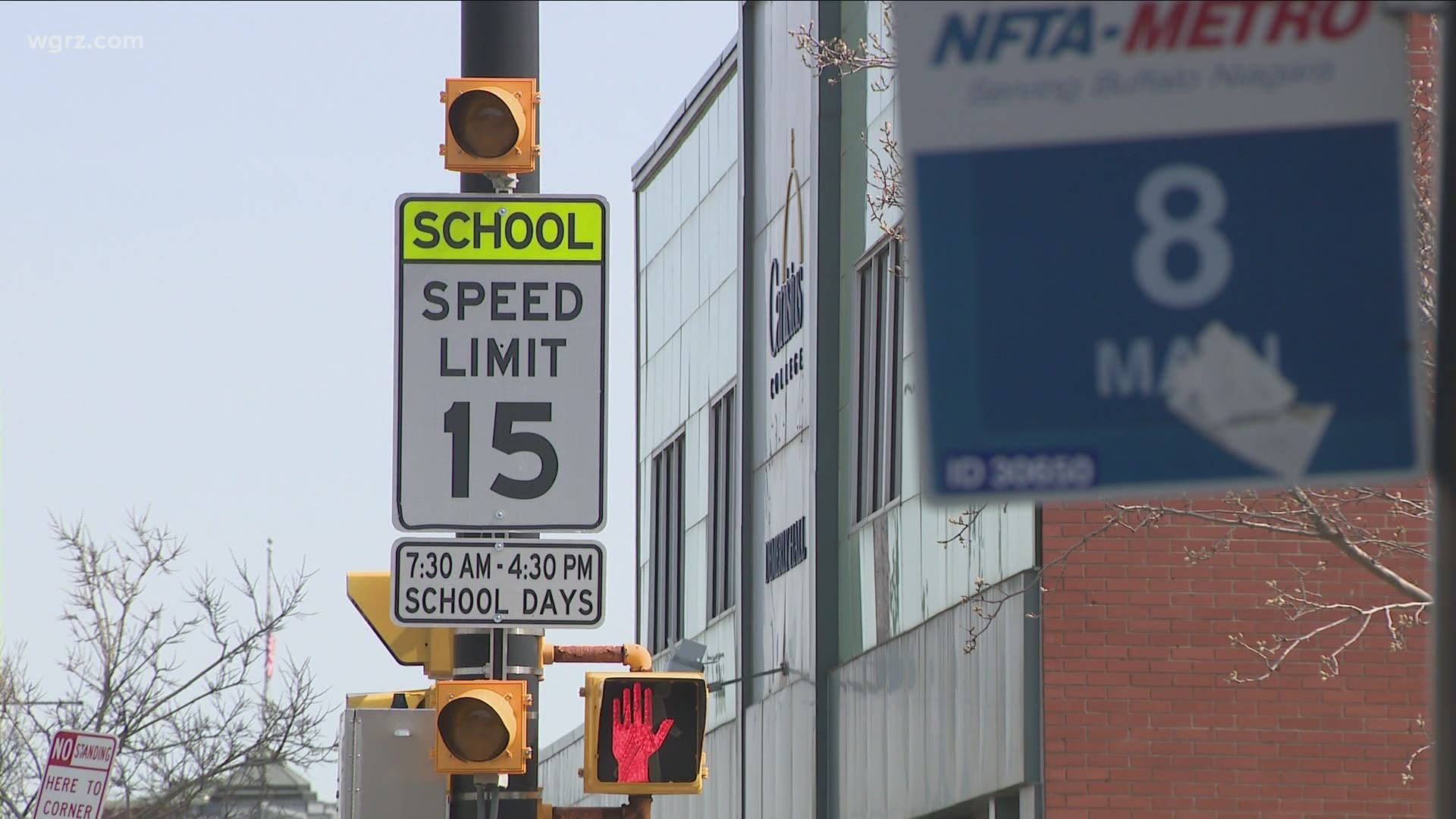 BUFFALO, N.Y. — Ask University District Councilman Rasheed Wyatt about the school speed zone camera program in Buffalo and he will tell you it is a failure.

During a Legislation committee meeting, Wyatt's resolution to get rid of the cameras was adopted. It will need full council approval; the ordinance language is being reviewed.

"We want to make sure the cameras come down and non-punitive measures are put in place, that's our goal," Wyatt said. "This is not going to be put in place until September 1."

There were several speakers at the meeting. The majority of those in favor of the program reside in the New York City area and recounted stories of loved ones who were killed in car accidents.

India Walton, a candidate for Buffalo Mayor, took issue with people from downstate chiming in on the issue.

"I actually live here and I know what these speed cameras do to people who live in my community, people who have three times the rate of poverty of other communities and people who live this everyday," she said. "This is not about the convenience of getting around, this is about penalizing poor people in predominantly Black and Brown communities."

Walton said the program is inappropriate and ineffective and has caused harmed. However, the majority of the people speaking from Western New York were in opposition or at least want the program revamped.

He went a step farther and said, "What a slap in the face it is to the parents of this city that Mayor Brown is spending millions of dollars of our money and federal tax dollars to improve road conditions in the city's night club district, but in 15 years hasn't spent a dime on road safety improvements in school zones."

Slow Roll co-founder Seamus Gallivan told lawmakers, "It appears to me that Buffalo's current school zone camera program is the epitome of the ivory tower incompetence we've come to expect and despise."

The company that operates the cameras, Sensys-Gatso sent a powerpoint presentation and indicated "cameras have increased compliance by Buffalo drivers to 82 percent since February 2020."

The resolution also requires the Commissioners of Parking and Public Works to remove and replace every speed camera with a solar LED radar speed sign. The cost is about $3,015.