The resolution asks Cuomo to implement a national design competition for the 33 and 198 expressways, similar to what was done for the Skyway. 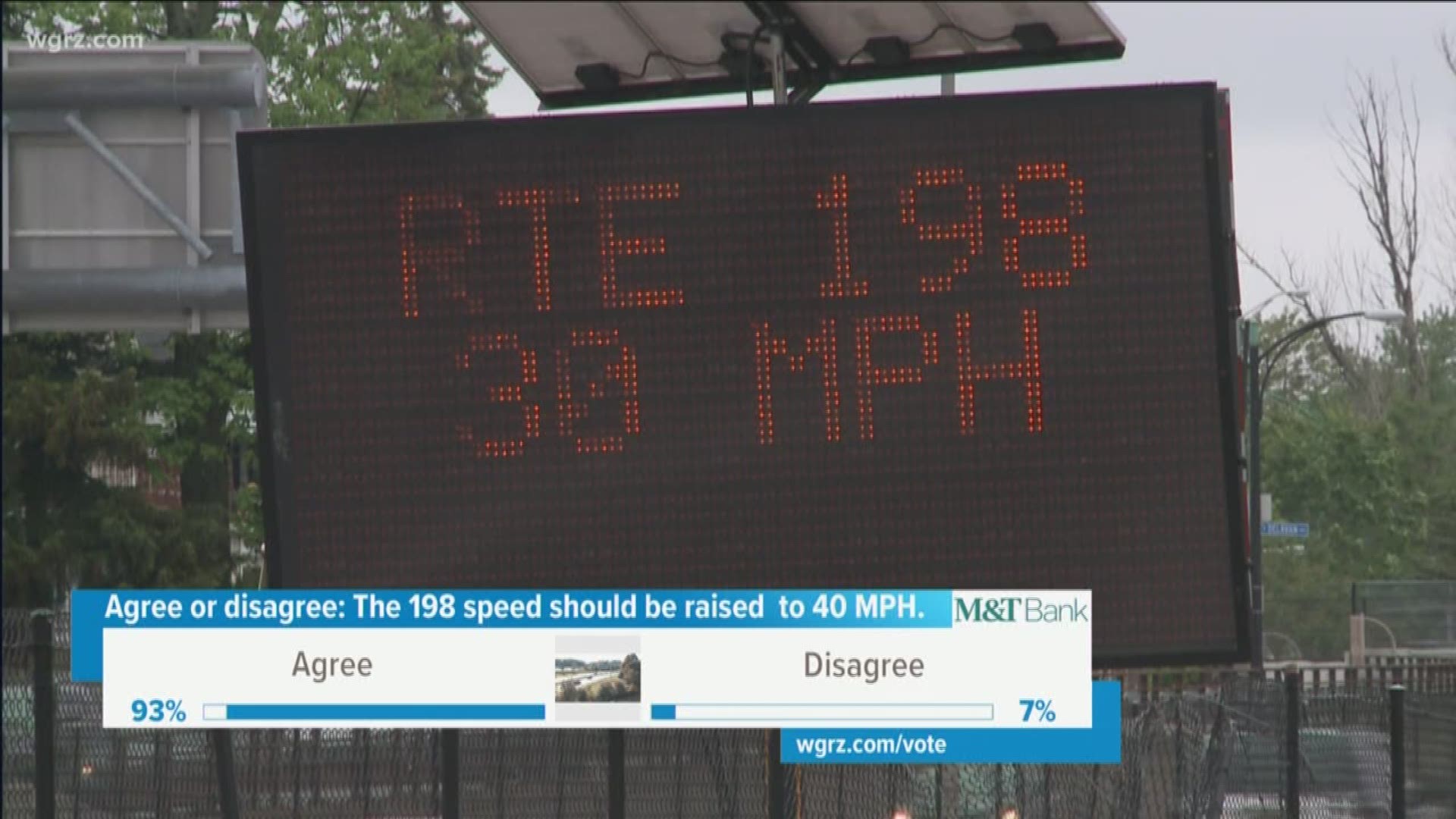 BUFFALO, N.Y. — There are many people in Western New York who say they are in favor of redeveloping the Scajaquada Expressway and raising the speed limit from its current 30 mph.

Two Buffalo Common Council members echoed that sentiment Friday by filing a resolution that would go to Albany.

Council members Joe Golombek and Joel Feroleto filed the resolution to call on New York to raise the speed limit.

"When you drive down the Scajacuada, it's designed like a highway, and it doesn't feel natural driving 30 mph, and some people think it's even more dangerous at 30 mph," Feroleto said.

This month, the New York State Department of Transportation announced it is doing a study with the Greater Buffalo-Niagara Regional Transportation Council to figure out how to redesign the 198. However, no timetable was given on the study or details on what the long-term plans might be.

Feroleto and Golombek are requesting the speed limit be increased to 40 mph until construction takes place and a new design is implemented.

"We'd love to see something like that happen for the Scajacuada because we think that the best minds should take a look at this and really come up with something cool and creative," Feroleto continued.

The districts of Golombek and Feroleto make up the area surrounding the 198, and they say this is something people have been asking them for.

The resolution, if approved by Common Council, would be sent to the New York State Department of Transportation and Governor Cuomo.

RELATED: Back to the drawing board: NYSDOT announces new planning process for Scajaquada Corridor

RELATED: What's next for the Scajaquada and Kensington Expressways?