He was killed while trying to break up a fight after one of his team's games last weekend. 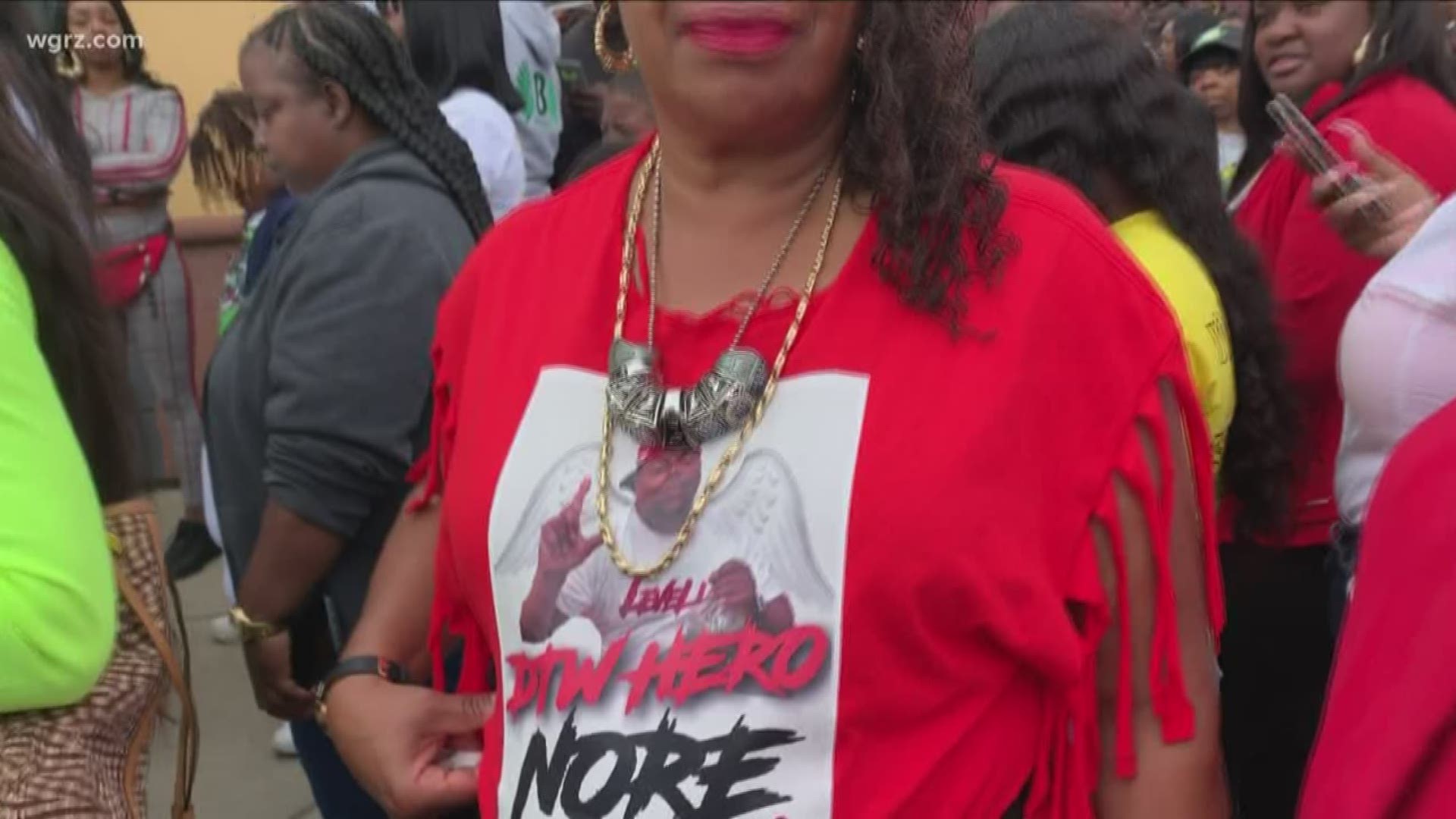 BUFFALO, N.Y. — Many people came out to say goodbye to a beloved youth football coach who was killed while trying to break up a fight after one of his team's games last weekend.

Those who knew him spent Saturday remembering him.

"There is over 1,000 out here, but that just speaks to the character of the individual who we are here to mourn," Kenneth Simmons, the City of Buffalo director of recreation, said. "That just speaks to the type of person he was and that he was very well loved, not just by children, but by this community, by his family and his friends, and especially coaches."

Those who coached alongside Aldridge say he was one of the best coaches in little league football.