Buffalo Common Council member Rasheed Wyatt says, 'It shouldn’t have to be for me to do those antics to get the camera down.' 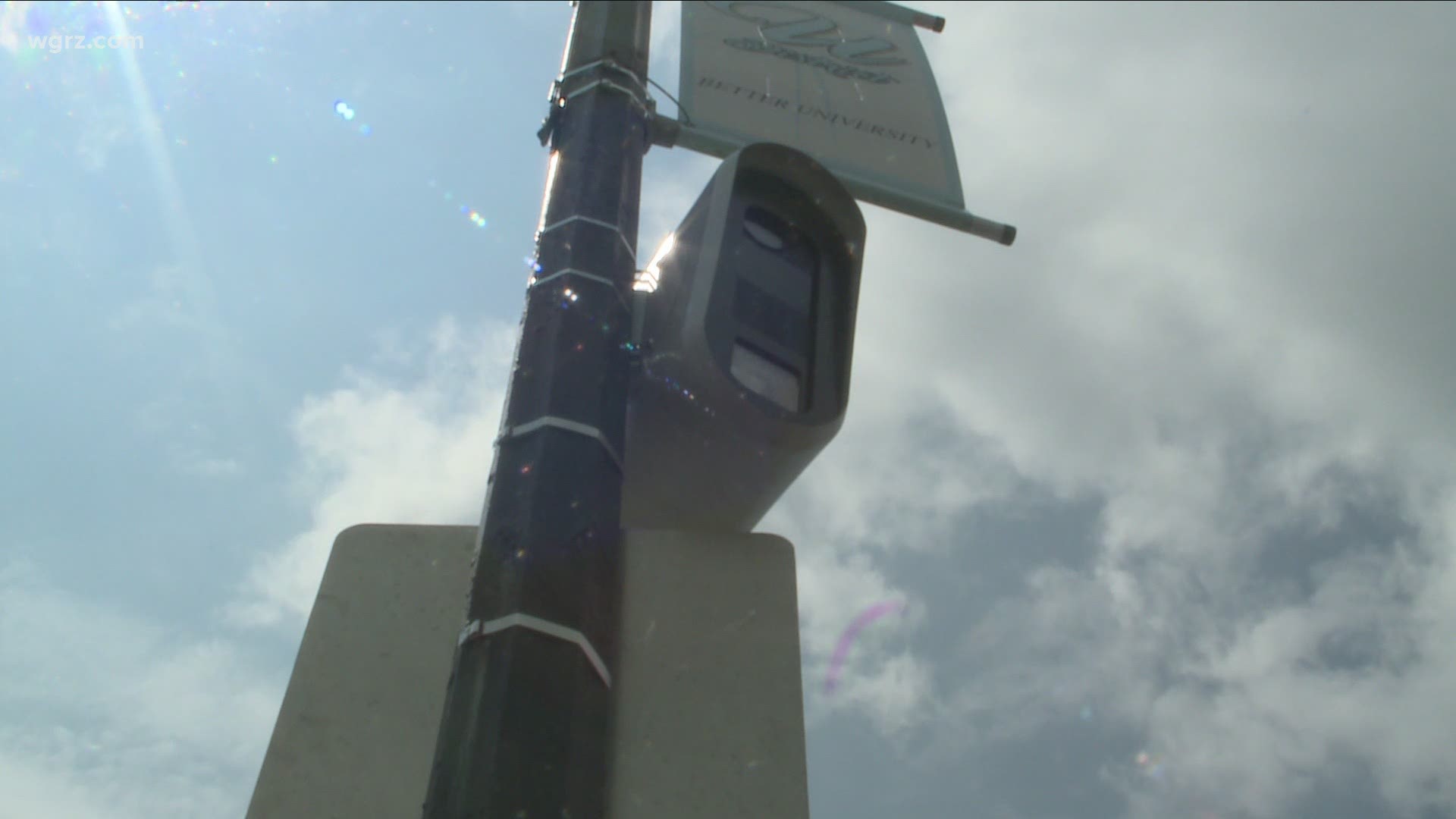 It was around 8 a.m. Common Council Member Rasheed Wyatt was standing along Bailey Avenue on Facebook Live. Nearby was the last operating speed zone camera in the city, which is also in his district. And Wyatt was letting Mayor Byron Brown have it.

“People are getting tickets right now in the University District! Thank you, Mr. Mayor! I’m not going to send you a letter. I’m going to send you the people, and they’re going to take notice of how you treated them because you think you are above the law!” he said in the video.

Wyatt’s raucous performance lasted more than 45 minutes. It was fueled, he says, by feedback he received from people in the University District about a 2 On Your Side story Wednesday.

We reported Mayor Brown made an unusual offer. He would order the Bailey Avenue camera turned off, if Wyatt would send him a letter requesting it.

The offer was made to 2 On Your Side in an interview with the mayor. We passed that along to Wyatt, who responded by calling the offer “insane.”

The speed zone cameras have become an issue that has sharply divided the mayor and the Common Council. Fueled by residents’ complaints about speeding tickets issued by the cameras, the Common Council last month voted to eliminate the program.

The 6-3 margin in favor of getting rid of the speed zone cameras is a veto-proof majority. The mayor took no action on the legislation, and on June 15 the measure automatically became a city ordinance.

The effective date of the measure is in dispute. The legislation says both that the law goes into effect immediately and on September 1. The City Law Department advised the Mayor the bill language made the later date accurate. Wyatt and others disagree and insist the cameras should have been turned off immediately.

Brown said Wednesday only the Bailey Avenue cameras were on of the 20 speed zone cameras installed around the city. The mayor said it remained on at the request of a local educational facility to increase traffic safety.

But after Wyatt’s extended street-side filibuster, Mayor Brown decided to pull the plug.

“We took his passionate Facebook plea as a formal request for that camera to be turned off, and the camera has been turned off,” Brown said Thursday afternoon.

On Channel 2’s Town Hall, Wyatt was a guest and explained, “It shouldn’t have to be for me to do those antics to get the camera down, but I was willing to do whatever I needed to do to meet the needs of my residents. It was just so unfair that 20 cameras were up, 19 came down and only one was left in the University District.”

Still, even with the cameras no longer issuing speeding tickets, the controversy has not come to a full stop.