Davielle Jackson swapped medical school for being full-time CEO after developing biodegradable feminine hygiene products, including panty with pad inside. 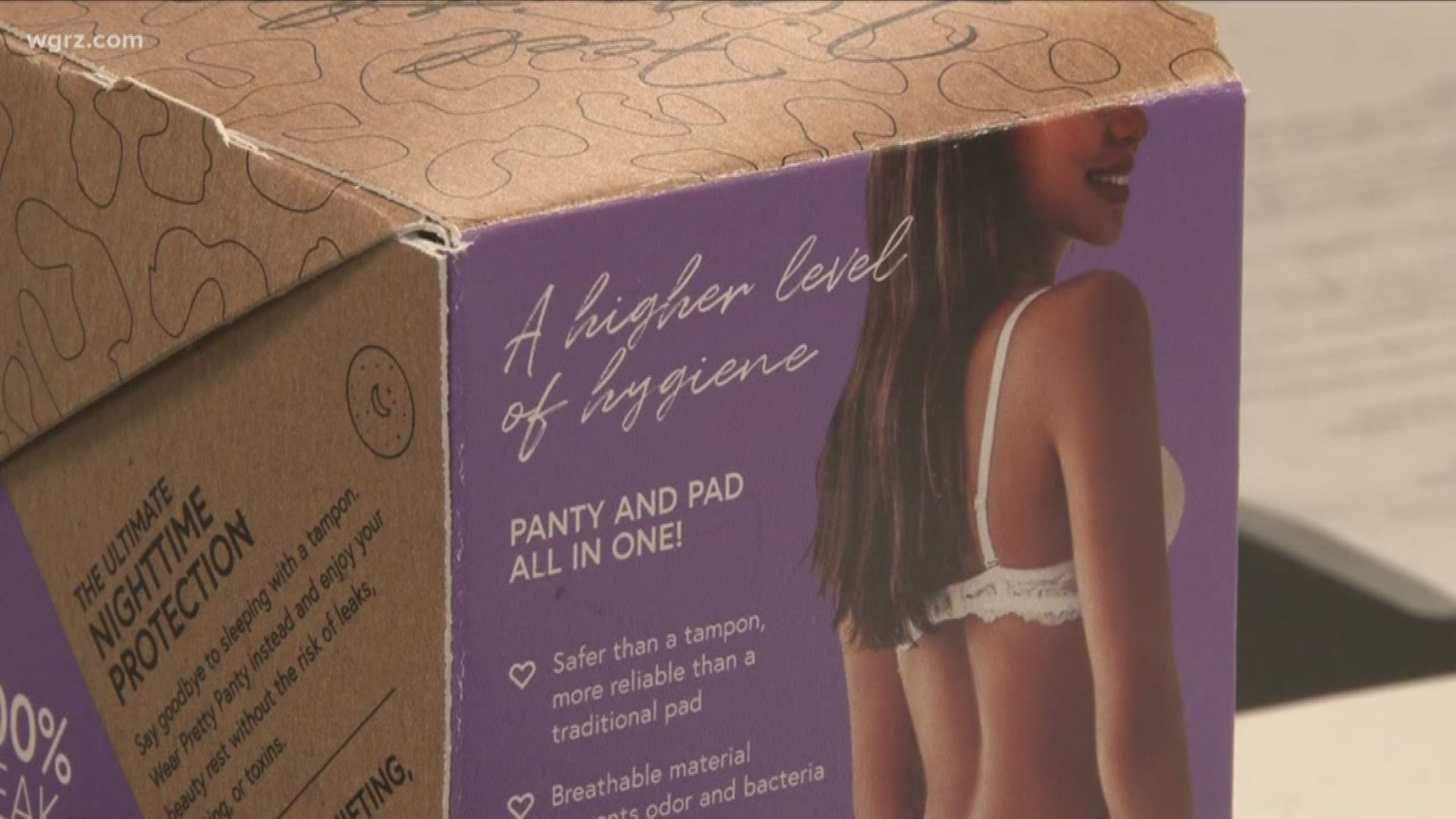 BUFFALO, N.Y. — Davielle Jackson has always been dedicated to helping others stay healthy.

What Jackson didn't know was that her method would change. Jackson swapped medical school for being a full-time CEO after developing biodegradable feminine hygiene products.

"One of my close friends, childhood friends, came to me and said, ‘Hey, I’m suffering from PCOS,' which is Polycystic Ovary Syndrome," she told 2 On Your Side.

PCOS is a hormonal disorder with a variety of symptoms including menstrual irregularity, excessive hair growth, acne, and obesity.

Jackson says her friend was experiencing heavy menstrual cycles and none of the tampons or pads she tried were working.

Jackson decided to come up with an alternative of her own. Since she was a resident, she already had access to the materials she needed at the hospital where she worked. She created a number of prototypes for her friend to try before coming up with the right fit.

The key for her was to make sure the product wouldn't be harmful.

"It’s such a vulnerable place in our body, and if we have just chemicals sitting there in a closed, tight space, it becomes unhealthy," she said.

The final product was a biodegradable panty with a menstrual pad on the inside. The alternative for most women would be a tampon with a plastic applicator or a pad made with plastic that a woman would have to stick to her underwear.

Jackson didn't just want the panty to be healthy, she wanted it to be "pretty." She added a leopard-print to the product so the underwear would look like any other set a woman would buy from the store.

"I said, ‘You know what? We’re gonna take the taboo out of this content, and we’re gonna make it pretty and fun," she said.

The ease with which a woman could use the panty was key for Jackson. She also wanted to make sure there were no harmful materials used in her products to keep other women from experiencing the same thing her friend endured before the pretty panty was developed. She's also expanded to feminine wipes, panty liners, and pads.

"No plastic, no anything, no chemicals. So if there’s a chemical we can’t use it at all."

Jackson is taking her company's initiative one step further by using her platform to educate consumers. Jackson hosts what she calls "Femi Talks" on her social media. She uses them to discuss important information women need to know about menstrual health.

Recently she started a challenge asking consumers to compare her products to those from the company Always. She's also begun looking to expand her company into a new, permanent space in Buffalo.

The Femi Secrets pretty panty is available for purchase here.

Kids hitting puberty at younger ages, everyday products could be to blame

Lawmaker wants free tampons and pads in all public bathrooms