The team will play its final 23 home games of the season back in Buffalo following the Toronto Blue Jays return to the Rogers Centre. 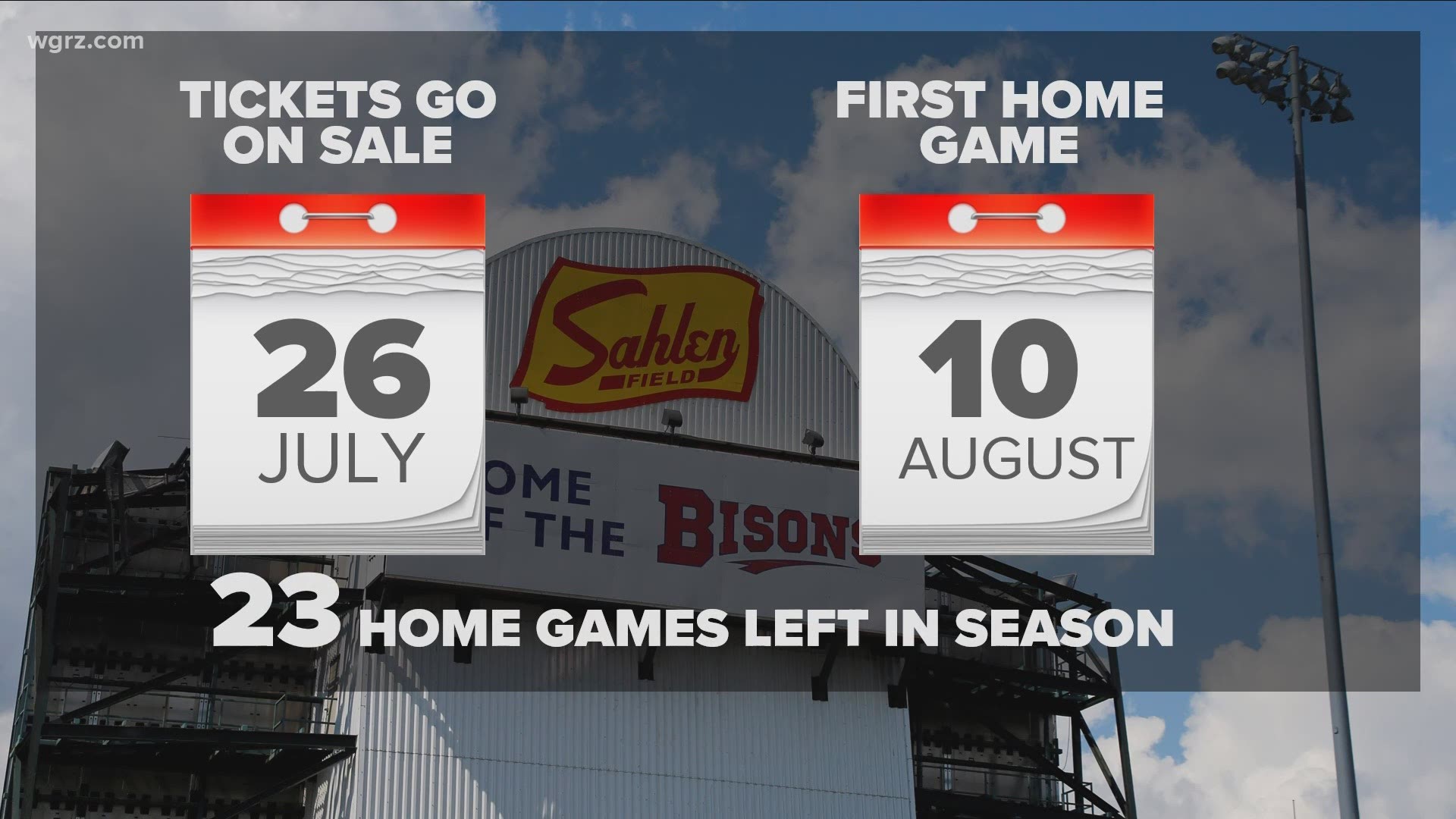 BUFFALO, N.Y. — There's no place like home. The Buffalo Bisons announced Monday the team will return to Sahlen Field for the first time in nearly two years starting Tuesday, August 10.

The move follows the Canadian government allowing the Toronto Blue Jays to return to the Rogers Centre after starting their season here in Buffalo. The Bisons will return from Trenton, N.J. which has been their home field so far this year.

The Herd will play its final 23 home games of the season in front of their hometown fans.

The team's first game will be against the Rochester Red Wings. Single-game tickets for all remaining home games will go on sale Monday, July 26 starting at 10 a.m. Season ticket holders and fans with ticket credits from the 2019 season will hear from the team on options available to them for the rest of this season.

Gameday promotions and ball park policies are expected to be announced in the coming days.