Bills Store at Highmark Stadium prepares for a busy weekend

The Buffalo Bills start the season at home Sunday afternoon against the Pittsburgh Steelers. 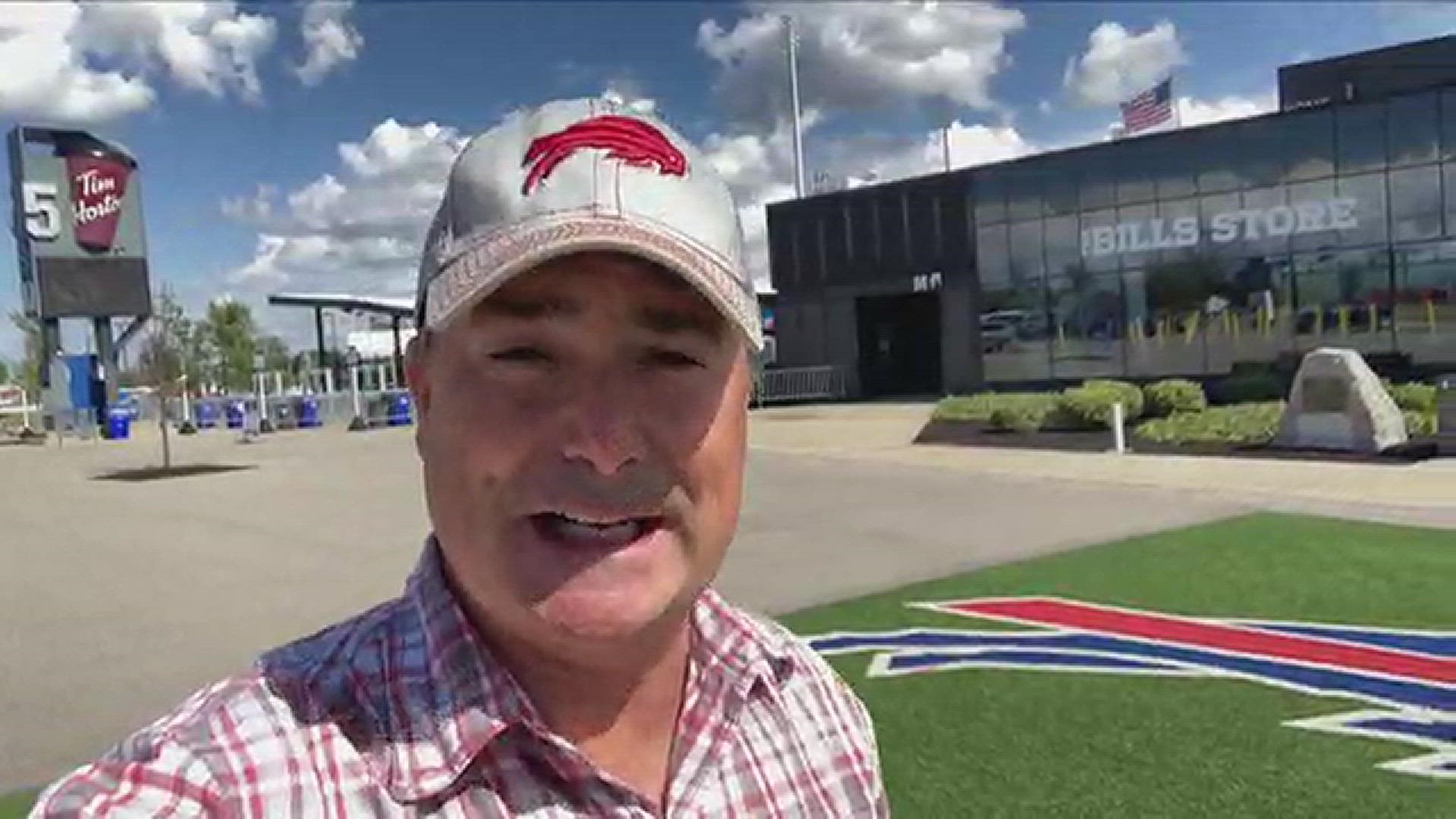 The NFL season kicks off Thursday night on Channel 2, with the Dallas Cowboys set to take on the Tampa Bay Buccaneers.

Here in Western New York, the Buffalo Bills begin their season at home Sunday afternoon against the Pittsburgh Steelers.

The Bills Store, located outside of Highmark Stadium in Orchard Park, has been busy all week, according to store manager Jason Klein. In fact, Klein says it has been a busy summer at the store's Abbott Road location.

As no surprise, the top seller at the store is Buffalo Bills quarterback Josh Allen's jersey — both home and away.

The store is filled with high-end and more whimsical items all designed to show off your pride in the hometown team.

The store opens at 10 a.m. daily. However, on Sunday, after 11:30 a.m. the store will only be accessible from inside the stadium - the outside doors will be closed.