It's the third time this season the Buffalo Bills quarterback has been nominated for the award. 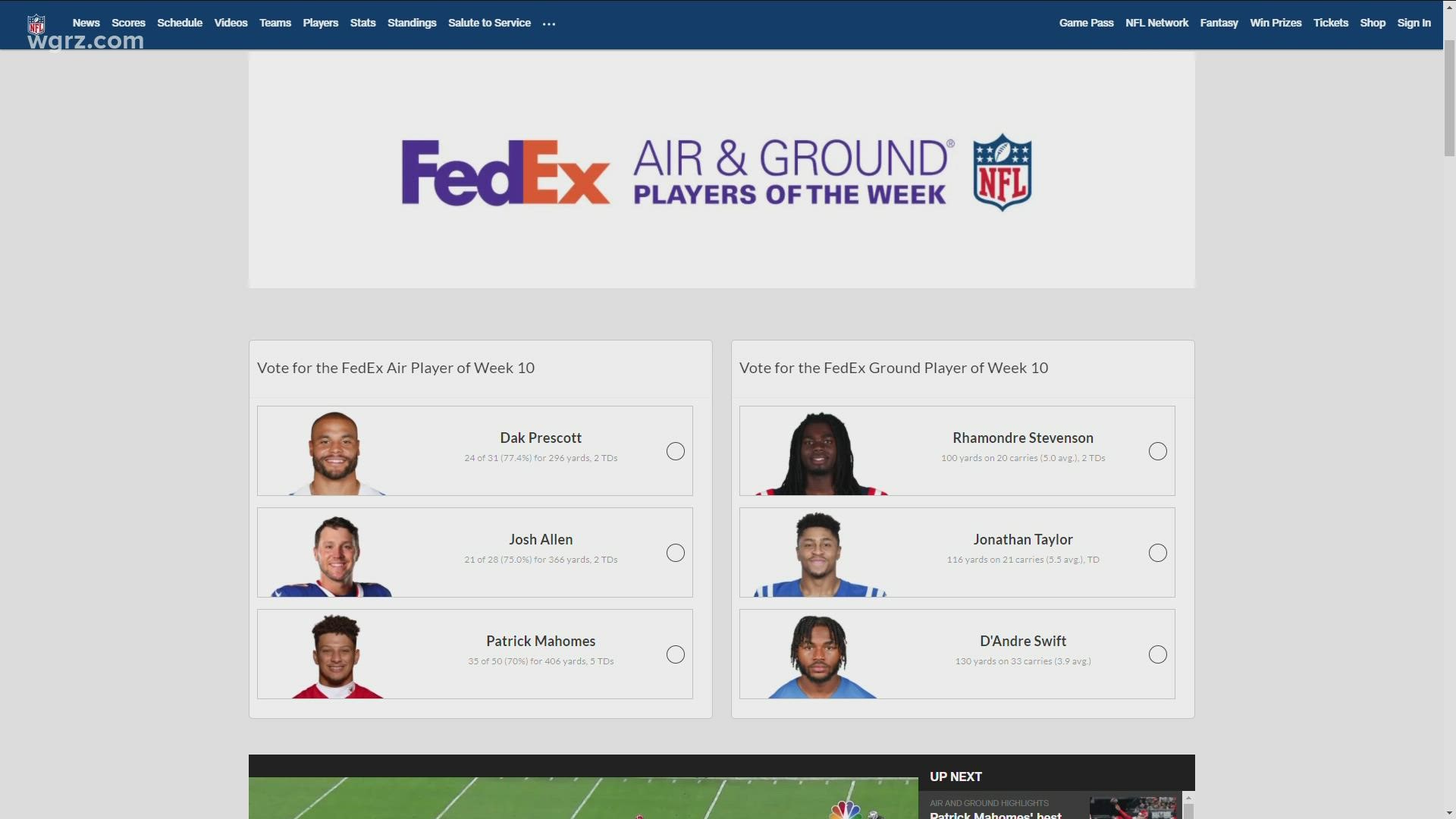 ORCHARD PARK, N.Y. — For his performance against the New York Jets, Buffalo Bills quarterback Josh Allen has been nominated for this week's FedEx Air NFL Player of the Week.

It marks the third time this season Allen has been nominated for the award.

Voting is open until this Wednesday, November 17 at 3 p.m. ET. You can also vote on Twitter via the @NFL published polls and on the NFL Mobile App.

FedEx will make a $2,000 donation in the name of the winning quarterback to Historically Black Colleges and Universities (HBCU).