Buffalo Bills fans, former players looking back and ahead

A playoff loss may be disappointing, but Buffalo Bills fans are still standing by their team 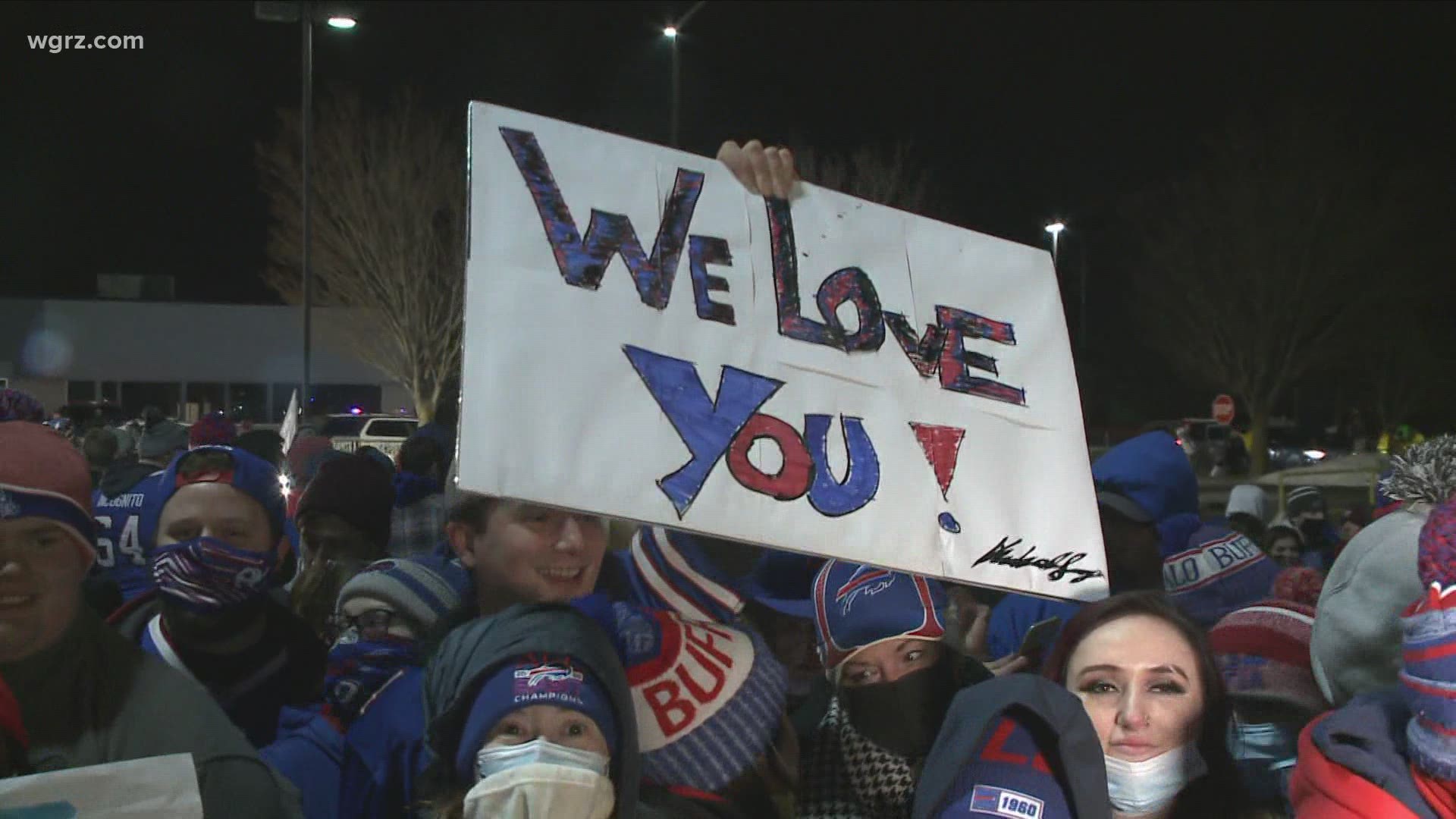 BUFFALO, N.Y. — There is a banner under the Josh Allentown sign that reads "Thank you for a great season, Buffalo Bills. We will be back!"

Former Buffalo Bills players from the Super Bowl era commented on social media. Cornelius Bennett wrote on Twitter "Man, what a ride this year. Very proud of the organization. Keep your heads up!"

Fred Smerlas wrote "A good team had an off day today; they will only get better."

Darryl Talley wrote "The Buffalo Bills had an incredible season. They were a thrill to watch and I know they’ll be back in the hunt next year."

The @BuffaloBills had an incredible season. They were a thrill to watch and I know they’ll be back in the hunt next year. What the Pegulas and the front office did to turn this organization around is impressive and to be commended.

While Bills fans who never experienced the pain of watching the team lose four straight Super Bowls, the disappointment is real. Brian Fiorito couldn't help but reflect on the game.

"The defense. The Chiefs, I don't know what's going on," he said. "Go Bills. Hopefully next year everything will fly by night."

The owner of Hammer's Lot across from Bills Stadium admits, "It's hurtful when you lose."

Eric Matwijow attended a couple of Super Bowls. He likes this team because in his words, "It's like one big family, all the players joking around and stuff there's no divas."

To the players, many say thank you!

"We went from hope to happening and it happened and next year we'll go up one more step, but thank you guys very much as a whole team," Matwijow said.