This is the first game at Highmark Stadium since Erie County announced that anyone looking to attend must be vaccinated against COVID-19. 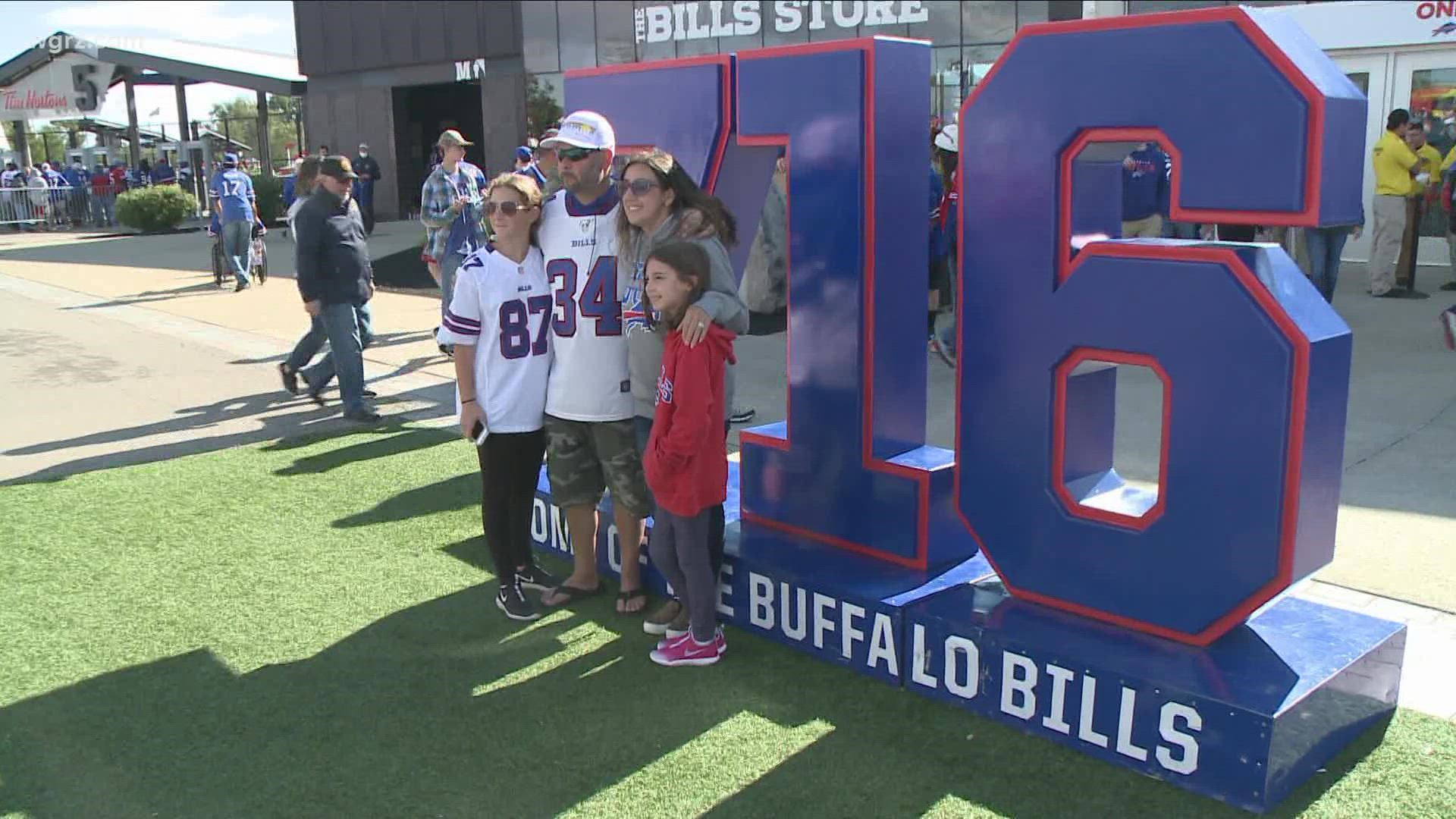 Sunday marks the first Bills home game since Erie County announced that anyone looking to attend an event at Highmark Stadium, or the KeyBank Center, must be vaccinated against COVID-19.

Any fans hoping to watch the Bills take on the Washington Football Team on Sunday afternoon first had to show proof of at least one dose of a COVID vaccine. Starting Oct. 31, Bills fans will be required to show proof of full vaccination.

When the gates opened at 11 a.m., fans first stopped at the vaccination verification checkpoint and had either their vaccine card, New York State Excelsior Vaccine pass, or the CLEAR digital vaccine card checked before continuing on through security. A 2 On Your Side photojournalist at the gate said lines appeared to be moving quickly.

According to a spokesperson for the Erie County Department of Health, four people were refused entry to the Bills game based on secondary checks by the health department's public health sanitarians.

2 On Your Side reached out to the Bills to see if any fans were turned away by their staff, but as of Sunday night, we had not heard back.

Before the game started, 2 On Your Side spoke with a few fans about the vaccine mandate. One fan said he felt safer in the stadium knowing that everyone there was vaccinated.

"We feel like it's really great. Everyone else around us is vaccinated too," Ryan Standish said.

Another fan agreed saying, "You kind of feel safer when you're in a stadium like this, and there's thousands and thousands of people. Having people be vaccinated I think is awesome."

Next week when the Bills play the Texans in Orchard Park, fans will once again have to show they're at least partially vaccinated.

Beginning on October 31, when the Bills host the Miami Dolphins here at Highmark Stadium, fans will have to show they are fully vaccinated.