"This was a great silver lining, I think on the whole it was great for the city," said Vishal Prabhu, who was attending his sixth Blue Jays game at Sahlen Field. 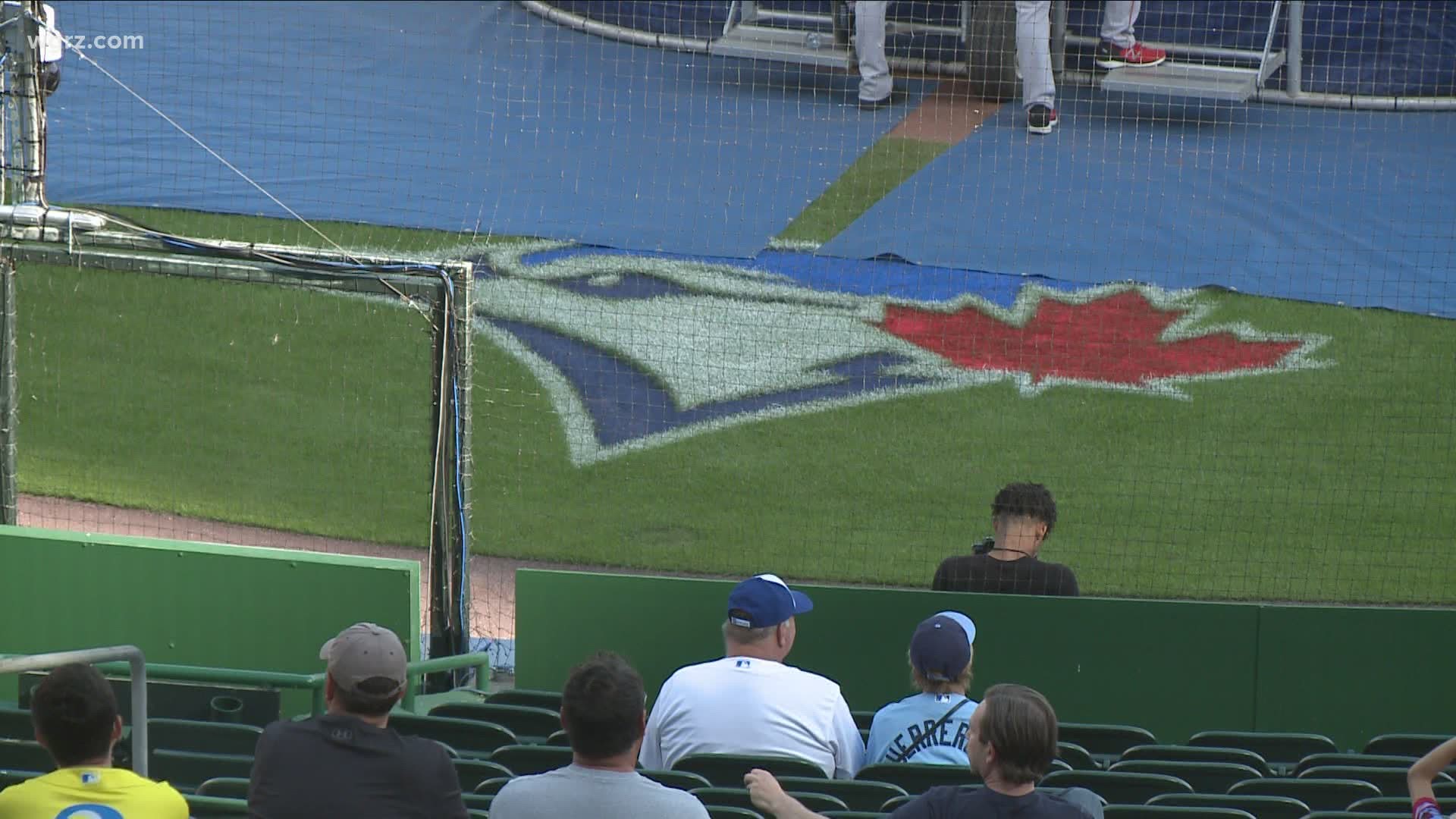 BUFFALO, N.Y. — Western New York wished a fond farewell to the Toronto Blue Jays Wednesday night with a nearly sold-out crowd against the Boston Red Sox. Toronto's short stay in Buffalo ended with a 7-4 loss, but in more ways than one it was historic.

Sahlen Field is now tied for hosting the most major league games at a non-major league park according to a Bisons' spokesperson. San Juan is the other park.

Those fans new and old celebrated with one last game.

"When else are you going to see the MLB in Buffalo right so it's definitely a great thing. This was a great silver lining to a weird year," said Vishal Prabhu.

Prabhu was attending his sixth and final Blue Jays game in Buffalo. He added it was bittersweet but he and his buddies are already planning a trip to Toronto.

All of you, like your quarterback, are the real MVP 👏💙 pic.twitter.com/Lxx6CeqH8j

The apparent success of having the Blue Jays in Buffalo had a few fans wondering if they'd ever come back, and what their Bisons' partnership could bring.

2 On Your Side asked Bisons Assistant General Manager or Marketing and Public Relations Brad Bisbing.

"You know honestly if it was discussed, not much has been discussed in the past two years," Bisbing said. "You know I think overall we'll just keep doing what we can do to support each other between the Blue Jays and the Bisons and reach our fans."

He added that the biggest hurdle would be the MLB Players Contract which limits where major league clubs can play. Excluding a pandemic, Bisbing said  returning to Sahlen Field is almost a "non-starter."

While the Jays won't be sticking around, the improvements to Sahlen Field aren't going anywhere and the Bison return home on August 10 will come with a lot of new amenities.

Goodnight, Buffalo. Thank you for everything 💙 pic.twitter.com/H4s00mV9mx

Bisbing said that changes to the clubhouses, bullpen, and workout space for players are now the gold standard for other AAA teams. They also meet new MLB standards put in place this year.

"To be that far ahead of the curve is going to help this franchise for many years to come," Bisbing said.

The Buffalo Bisons return for their first home game on August 10. Tickets for all 23 of their homestands go on sale Monday the July 26 at 10 a.m.