Owners of restaurants hope a judge will strike down New York State’s ban on indoor dining, in response to rising numbers of Coivid-19 cases. 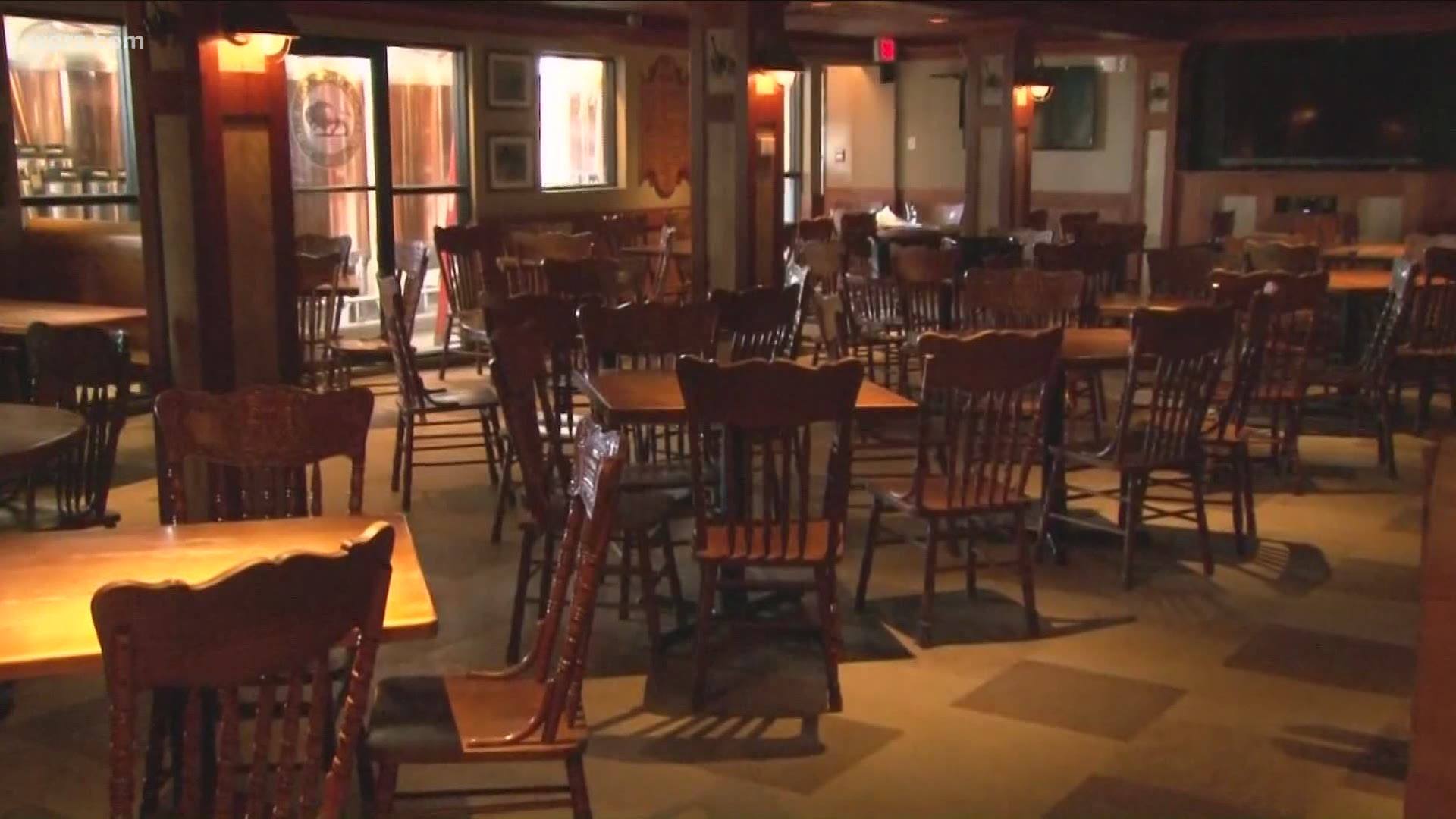 A State Supreme Court Justice in Buffalo will hear arguments next week in a lawsuit brought by dozens of Western New York restaurants.

They are asking him to lift New York State's ban on indoor dining under the orange zone which has encompassed much of Erie county since mid- November.

Justice Henry J. Nowak has ordered lawyers from the state to show cause on Friday January 8 as to why he should not grant the restaurateur’s request for relief.

"They've heard our side, and now they need to hear the state's side,” explained plaintiff’s attorney Diane Tiveron of the Hogan Willig law firm.

According to Tiveron, the grounds for the lawsuit filed by 40 local establishments are largely constitutional.

“This is because the state is denying these individuals their property rights and their ability to do business,” she said.

However, their argument to have the restrictions lifted may have been bolstered by the state’s recent release of its own contact tracing data, which showed that statewide only 1.4% of the transmission of the virus has been linked to bars and restaurants, with virtually none of those in Western New York.

“You are really not talking about a petri dish from which transmission will occur. In fact, it’s been shown to be the exact opposite," Tiveron said. “Then New York state has the burden of showing why they should stay closed.”

A similar lawsuit has been filed By New York City Restauranteurs whose attorneys who called the Governor’s order suspending indoor dining at restaurants amid risign coronavirus cases a “knee jerk” reaction, arguing that “as indoor dining closes, private indoor gatherings increase, thereby increasing the infection, hospitalization and death rates due to COVID-19.”

Private gatherings, according to the state, have accounted for 74% of the spread.

Governor Andrew Cuomo, who has conceded that closing down bars and restaurants likely drives people to gather in homes instead, and results in “living room” spread, has offered that the state can control restaurants and bars but not private gatherings.

His assistant, Melissa DeRosa, recently opined that spread is likely in bars and restaurants because of their very nature, where people must remove masks in order to eat or drink.

But the “science and the data” which Cuomo so often heralds as the driving force behind the state’s decisions, appears to be contrary to such anecdotal thought.

.“I do think that when you have the science and the data to show just the opposite of what the state is saying, then that is a critical point,” Tiveron said.

Caren Paterniti owns the Howling Rooster Restaurant in Tonawanda is among the Plaintiffs in the Western New York case.

“Our rights have been taken away for long enough and that’s why I hopped on,” Paterniti told WGRZ-TV.  “Enough is enough.”

She and others argue that, if there was no significant spread from their establishments when allowed to operate at 50% capacity under yellow conditions, then there is no reason they can’t stay open under orange.

“We did what they told us to do, we kept the percentages down low, so now …why are we still closed? " she asked.

The list of plaintiffs includes some of Western New York's better-known dining and entertainment establishments, including Santora’s, Duffs Famous Wings, Deep South Taco, The Buffalo Brew Pub, and even Pharaoh’s, a gentleman’s club near the Buffalo Niagara Airport.

The plaintiffs claim that due to the restrictions, they have collectively lost millions of dollars in business, spent tens of thousands of more to purchase equipment to comply with state guidelines (which they can’t even use while they are closed) and had to lay off hundreds of employees.

They also claim they may go under without relief from the court.

“If we aren’t allowed to open fully, or at least at the 50% capacity we were allowed (under yellow) which has currently been taken away from us, then people are not going to be able to open ever again,” Paterniti said. 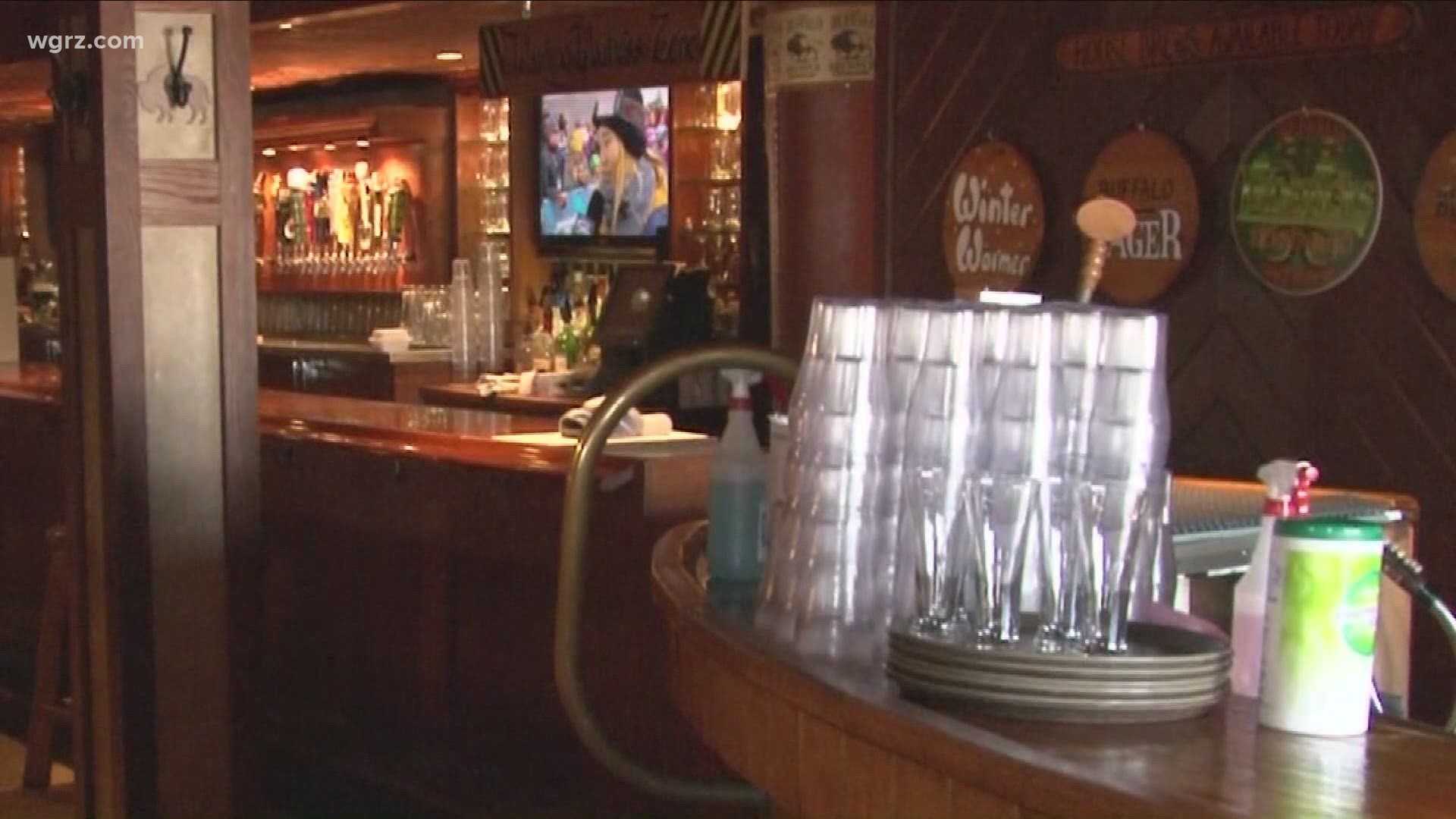