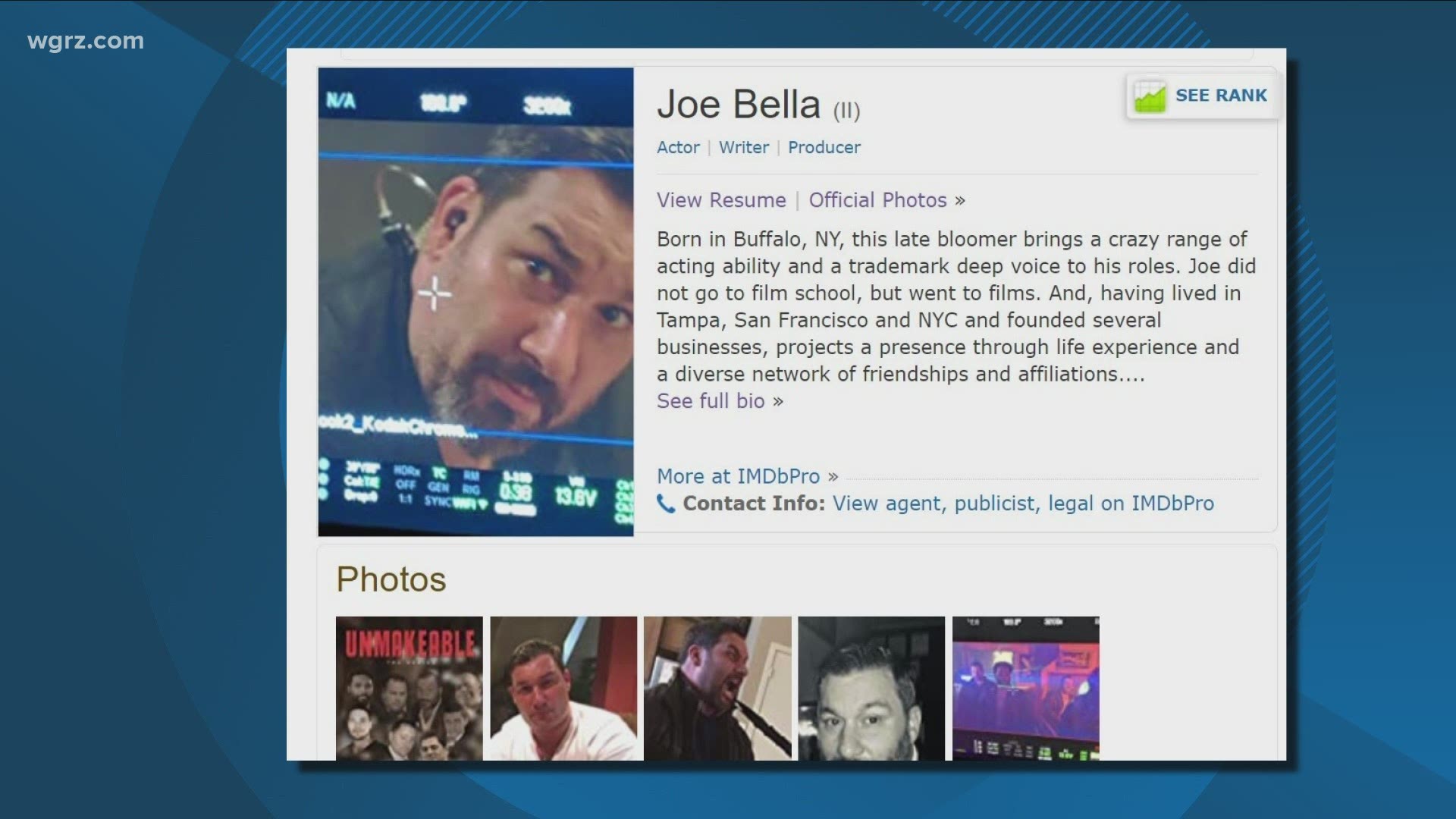 BUFFALO, N.Y. — A Buffalo actor who’s appeared in projects shot in the Queen City faces a trio of federal charges and is a suspect in an alleged COVID-19 scam.

The Buffalo News first reported Joseph Bella was indicted last July after a search of his home turned up a shotgun, ammunition and drugs, which included cocaine and marijuana.

According to entertainment industry website IMDb, Bella has been in a number of TV and movie projects including “Unmakeable” and “Givers of Death,” both shot in Buffalo.

Also revealed in the hearing transcript were contacts found on Bella’s cellphone. The prosecution alleged 45 individuals, according to local law enforcement were members or associates of organized crime, drug traffickers and other criminal activity.

Also claimed to be on Bella’s phone was a photo of him and an “uncharged member of law enforcement” involved in cocaine possession and distribution. The law enforcement member’s name was not disclosed.