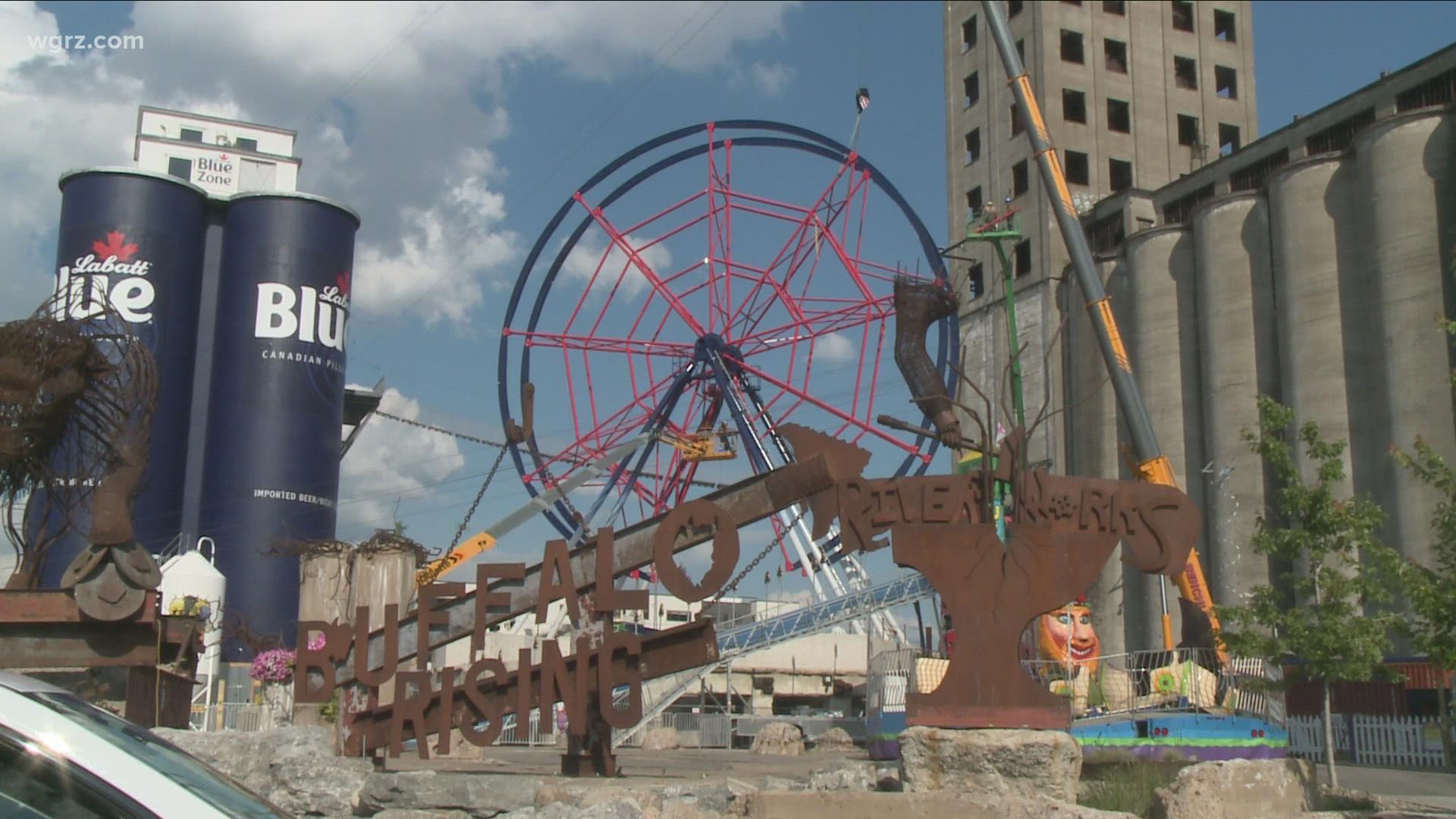 According to a recent Facebook post from RiverWorks on Wednesday morning, the Ferris wheel project is nearly complete.

Last month, RiverWorks poured more than 1 million pounds of concrete onto the structure serving as the foundation for the Ferris wheel. Work on the foundation required 55 cement truck deliveries and two pump trucks. The concrete is said to be more than four feet thick.

RiverWorks General Manager Bill Casale told 2 On Your Side's Dave McKinley back in March that the top of the wheel will be 105 feet above ground level, once it's built upon the ruins of some old grain silos, which RiverWorks refers to as Buffalo Stonehenge.

"It was strategically placed to have both views of the city skyline and of Lake Erie. So, it will be a really unique and, we think, a world-class attraction similar to Coney Island or Navy Pier in Chicago," Casale said.