Mayor Brown: Bakery owner should be fully reimbursed by owner of demolished building

Buffalo Mayor Byron Brown wants the baker to get back "every penny" lost. 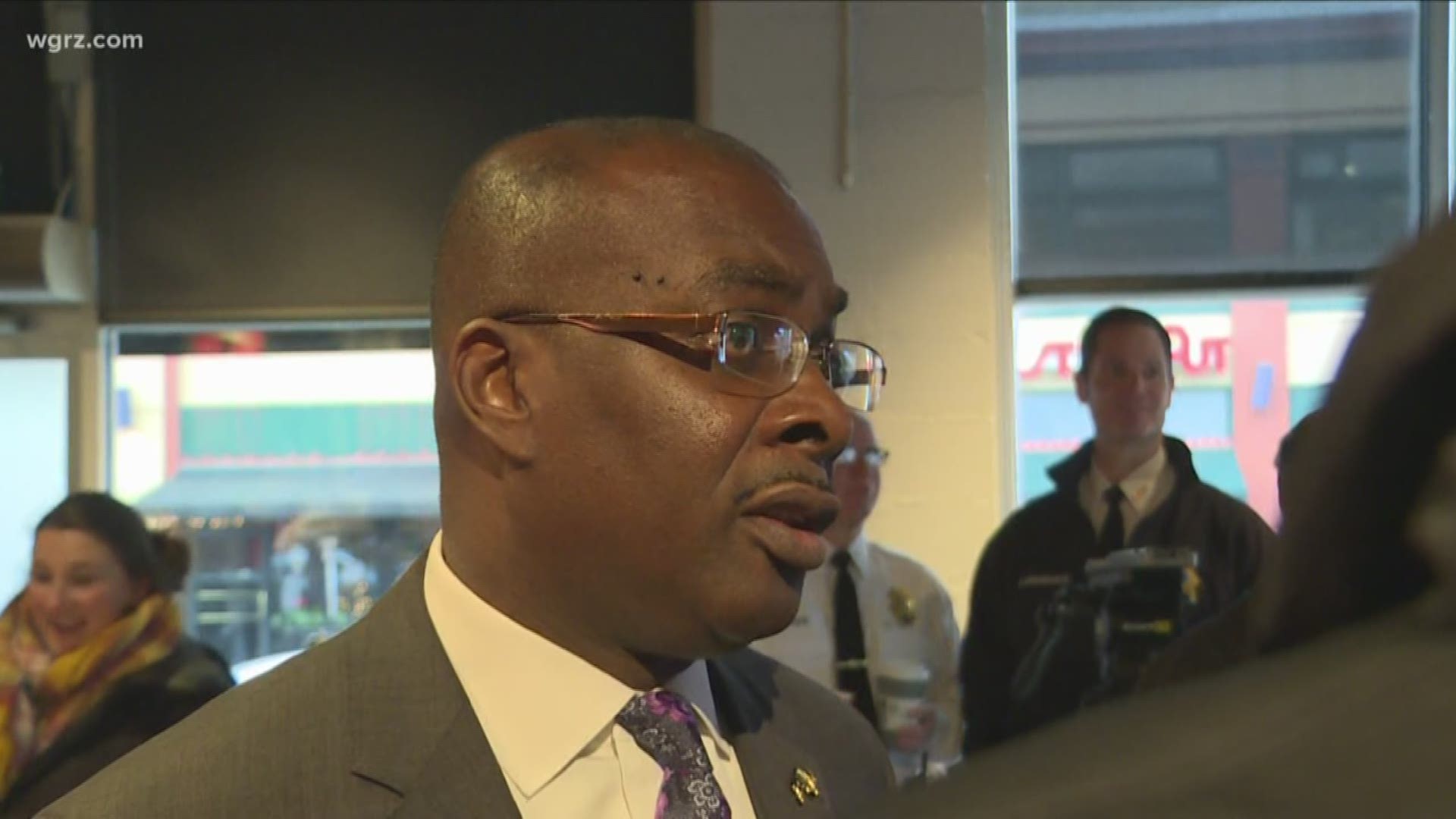 BUFFALO, N.Y. — Mayor Byron Brown called on a New Jersey landlord on Tuesday to reimburse a tenant who lost her bakery equipment during the emergency demolition of 435 Ellicott Street last week. Brown called the building owner, Bruce Adler, irresponsible and said the businessman should not be allowed to own property in Buffalo.

The structure, which was closed to occupancy in August, was ordered to be torn down last week when it was discovered roof deterioration was compromising the building. On the ground floor was most of the equipment for Two Wheels Bakery.

The bakery owner, Susan Adamucci, was not permitted back inside to retrieve her equipment last week because the building had become too unstable. The structure was demolished with the equipment still inside. Adamucci estimates the loss at $50,000.

"Bruce Adler has really damaged this small business person that had their business in his property," Brown said. "He should make that business owner whole. He should pay for every penny that she lost in the equipment that was damaged in the collapse of his property.”

2 On-Your-Side has made multiple phone calls to Adler but has been unable to reach him.