It's hard to believe -- in the 21st Century -- many areas in Western New York still don't have reliable broadband internet service. 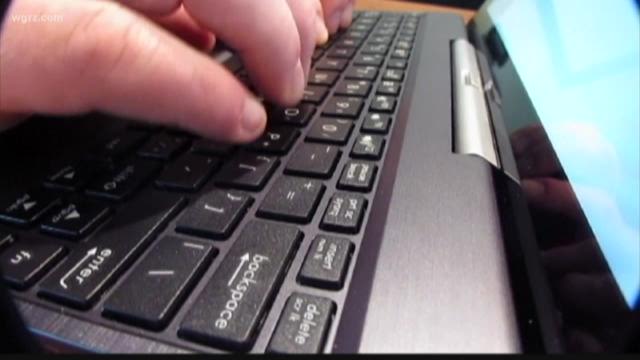 BUFFALO, NY - A few years ago, Gov. Cuomo announced a plan to make sure everyone in the state could access broadband internet. And now, even more areas in Western New York will finally get expanded broadband service, later this year.

It's hard to believe -- in the 21st Century -- many areas in Western New York still don't have reliable broadband internet service. We've heard from folks from Eden to Newstead, Niagara County who have little to no service.

Niagara County Legislator David Godfrey sits on a local coalition to expand broadband services in his county and neighboring Orleans County, not having internet can be frustrating.

"You can think about the kids that have to do their homework, they have to take tests, their parents may have a small business that they're trying to operate," Godfrey said.

Cuomo has promised to make broadband available in every corner of the state by the end of the year. He talked about broadband access at an address update last week.

"We set as the goal we were going to have 100 percent coverage because it is the infrastructure of tomorrow and if you don't have high speed internet you are going to stunt the growth of those areas," Cuomo said.

The state is giving Armstrong Telecommunications, Inc. which serves areas out of the region, $30 million to in part, build broadband in Erie County, Cattaraugus and Allegany counties. The state couldn't provide us which municipalities Armstrong will be expanding in.

Hughes Network Systems, LLC will receive $14 million to build broadband across the state, including in Western New York.

For folks in these communities the company that will build the broadband will also be the provider.

"This is the first state in the United States of America to have 100 percent internet access for the entire state," Cuomo said. But, when the governor says he's talking about broadband that has been built or will be built later this year. So, the state does not have 100 percent access at this point.

2 On Your Side asked the Governor's office for numbers on just how many people in WNY still don't have access to broadband, that's something they said they'll work on and get back to us.

Meantime, Charter which owns Spectrum, says last month, Charter reported to the state PSC that as of December, it has expanded its network to more than 42,000 new locations across NYS – exceeding the interim goal of 36,000.

The company says it's on track to extend its network to 145,000 unserved and underserved locations across New York State by May 2020. To date, in Erie County, about 4,300 unserved and underserved passings now have access to Charter's network, including areas such as Buffalo, the towns of Angola, Eden, Grand Island, and the village of Williamsville.

In Niagara County, more than 600 passings, including the Niagara, and the towns of Lewiston, Pendleton and Wheatfield.