Senator Sean Ryan took time this week to tout a new bill he is sponsoring that would classify broadband as a utility, like water and electricity. 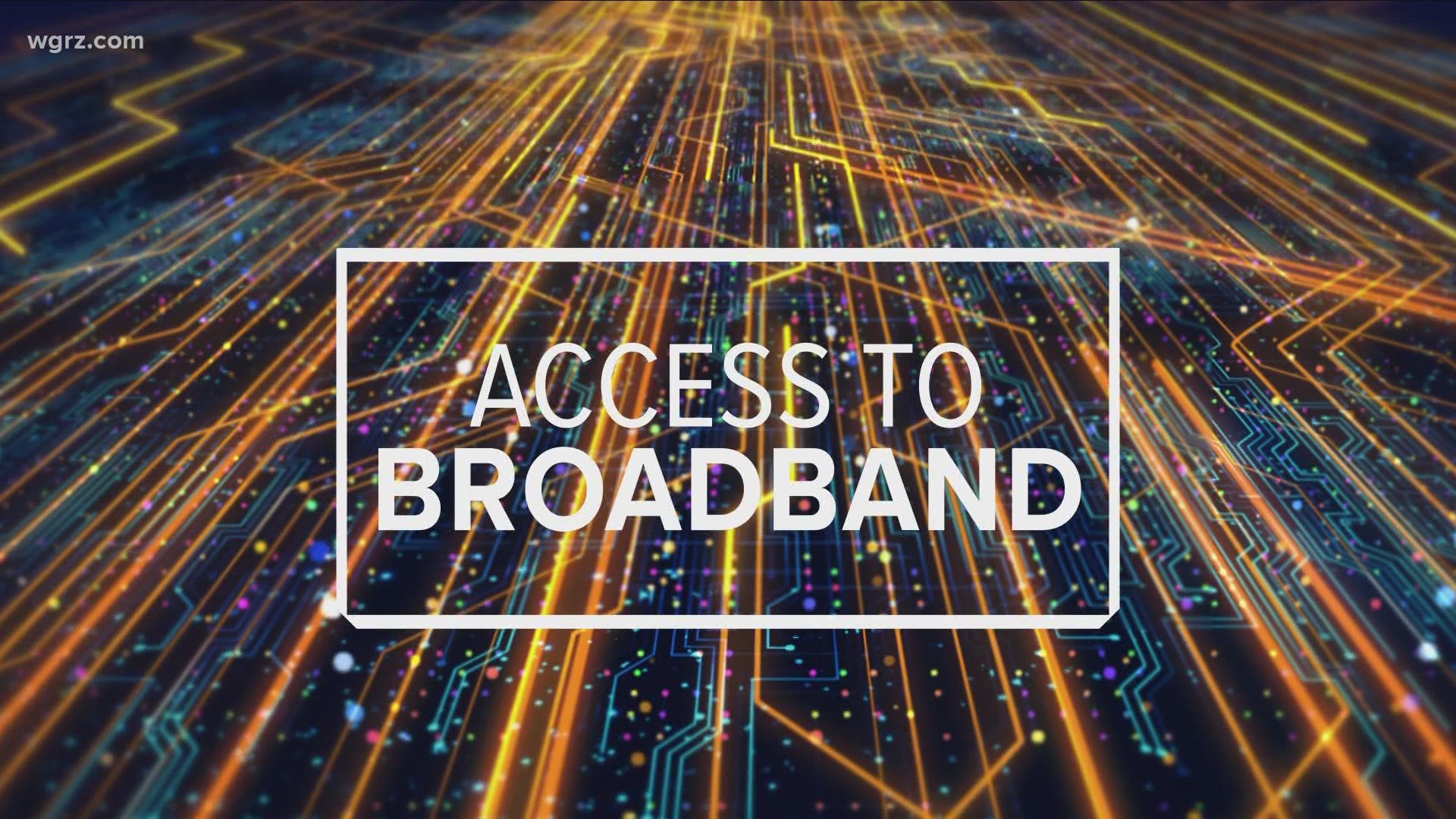 BUFFALO, N.Y. — In a media event hosted by the Communication Workers of America, New York State Senator Sean Ryan promoted a bill he's sponsoring in the legislature that would classify broadband as a utility.

"The urgent need for universal broadband was really highlighted last year during the pandemic," Ryan said during a virtual press conference hosted by the CWA. "Internet access has been vital to workers, students, people having telemedicine appointments, and as a result, communities without accessible, reliable high-speed internet have faced extra challenges."

The bill, currently being reviewed in the Energy and Telecommunications Committee, was quietly introduced in February.

According to the draft copy of the bill, "finds and declares that access to high-speed broadband service is a necessity and essential to participation in the economy, education and civic life."

In a little bit of #broadband news this week, @SenSeanRyan was promoting the New York Broadband Resiliency, Public Safety, and Quality Act.

The bill, currently in committee, would make broadband a utility in NY, similar to water and electricity. @wgrz pic.twitter.com/sUKSq0zzM5

The bill, as laid out in the draft, will allow "state regulators require unambiguous authority and a clear mandate to establish and enforce appropriate oversight and regulation of broadband and voice over internet protocol service in order to meet the state's goals of universal, high-quality and affordable access."

Currently, California is the only state in the union to assert authority in regulating broadband and VOIP.

Senator Ryan said that this bill would be critical in addressing, what he calls, the three biggest issues with broadband in New York State.

"We will ensure that New York's Public Service Commission is authorized to exercise full oversight over high-speed internet services in New York State," Ryan said. "That will ensure that network resiliency, public safety, and consumer protection the, three key components to successful lead delivering crucial internet broadband to our state."

"They must be able to ensure that networks are resilient and can stand up to the increasing number of natural disasters and other threats to public safety," Sohn said during the event."

Senator Ryan's most recent broadband accomplishment was ensuring the broadband study bill, which was pocket vetoed by Gov. Andrew Cuomo in January, was added to the budget.

Several lawmakers have told 2 On Your Side over the course of the last 18 months that they believed broadband should be considered a utility, but overall support for Ryan's proposed bill remains unclear.

2 On Your Side has also reached out to the Governor's Office to inquire if he supports the measure.