Toni Vazquez is a breast cancer survivor who says early detection may have saved her life. 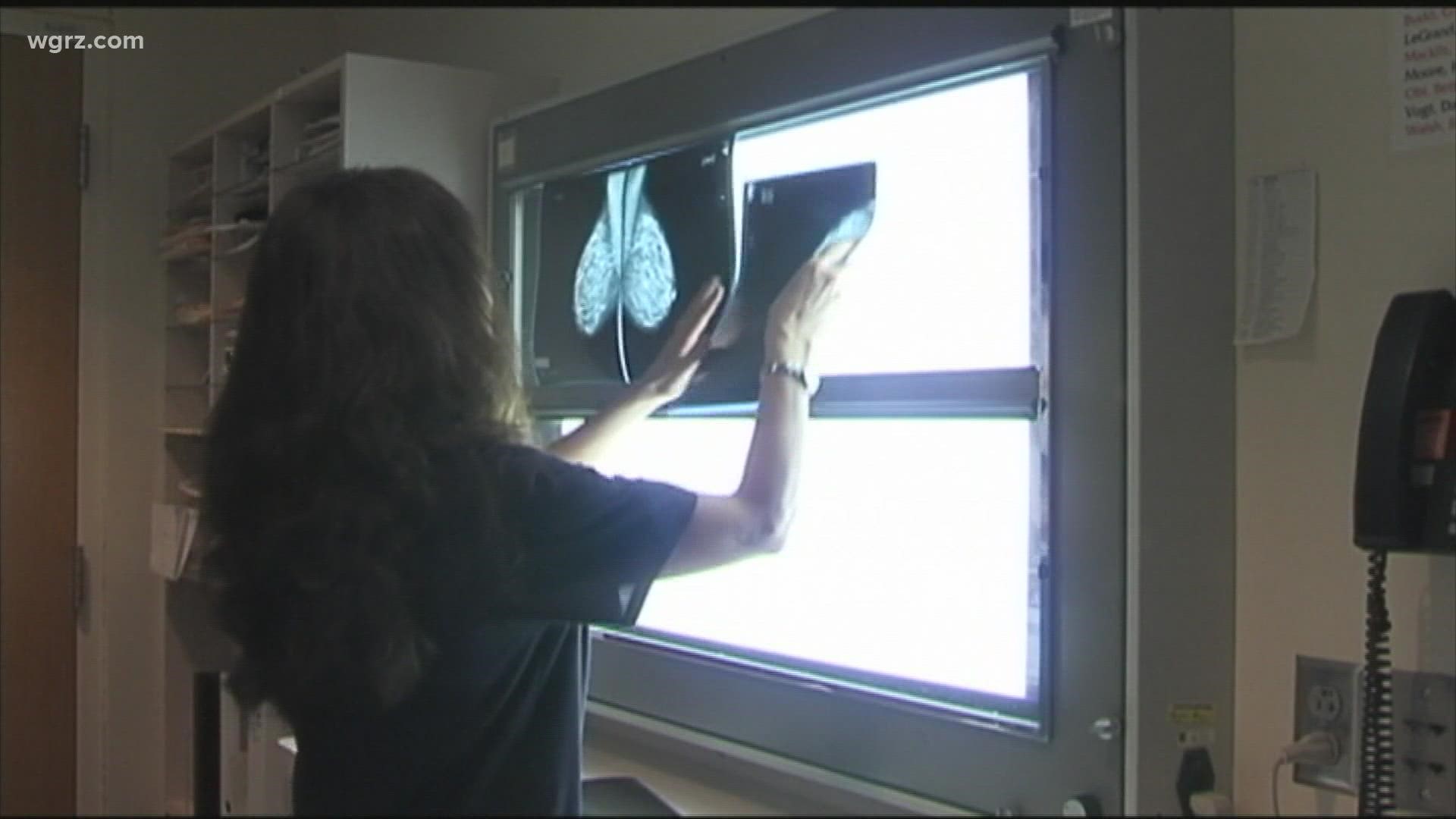 BUFFALO, N.Y. — October is Breast Cancer Awareness Month, a time to educate one another on the importance of early detection and screening when it comes to fighting the disease.

Breast Cancer is the most commonly diagnosed cancer among women and according to Roswell Park Comprehensive Cancer Center. In 2021, it is estimated that about 30% of newly diagnosed cancers in women will be breast cancer.

Toni Vazquez is a wife, a mother, a businesswoman, and a breast cancer survivor. Knowing the history of breast cancer in her family, Vazquez decided to start routine screening before she turned 50.

Back in 2016, during a routine screening, Vazquez says she was diagnosed with high-grade Ductual Carinoma in Situ (commonly known as DCIS). DCIS is an early type of breast cancer that starts inside the milk ducts and if left undetected and untreated it could become invasive over time.

Despite having a very early stage of breast cancer, Vazquez says the grade was high which is why her doctors recommended she undergo a lumpectomy and intense radiation.

"I had to undergo 36 sessions of consecutive radiation, Monday through Friday," she says.

Dr. Marie Quinn is Chief of Breast Imaging at Roswell Park and says having a risk assessment, especially if there's a history of breast cancer in your family, is very important. Particularly for women of color...black women specifically.

Which Vazquez says was a big motivating factor in her decision to get checked.

Vazquez tells 2 On Your Side, "Early detection is key, it really is key. It may have saved my life."

My tia (aunt) Betty died of #breastcancer in her early 30s…Our time was cut short.

This October, take the steps to BE PROACTIVE, early screening and detection is key.

I spoke to a brave survivor, tune in at 11 for her inspiring story! @WGRZ