Spotlight will shine on smaller ensembles of orchestra's musicians at concerts throughout WNY starting Sunday July 4. 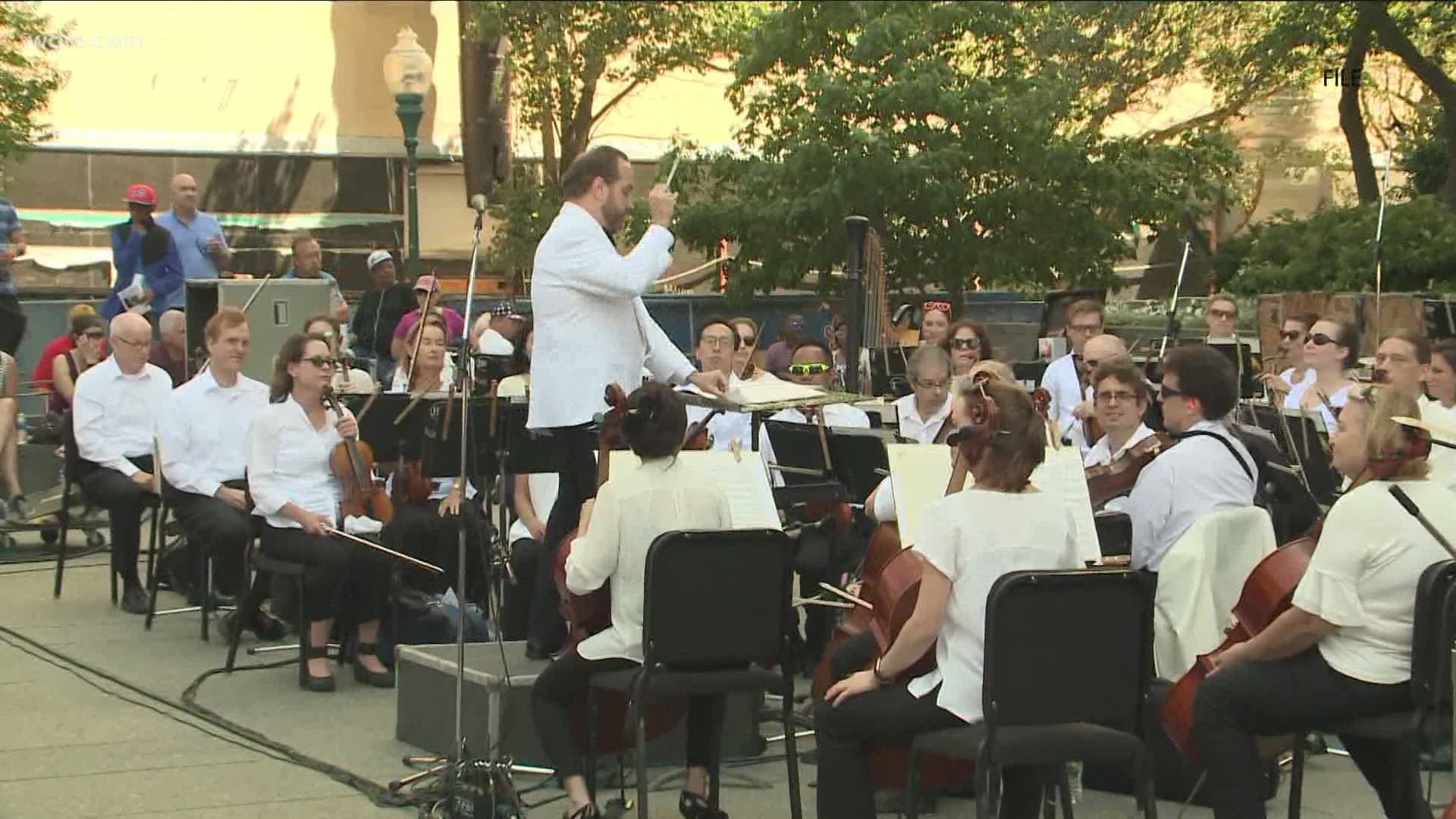 BUFFALO, N.Y. — After a year off due to the pandemic, the Buffalo Philharmonic Orchestra is ready to hit the road again this summer bringing its music to various communities throughout WNY.

The orchestra and its partners will continue to follow all local, state and federal health and safety guidelines at all of its summer performance venues.

The season will kickoff with a bang on the 4th of July at the Ellicottville Summer Music Festival. BPO Assistant Conductor Jaman Dunn will lead a patriotic program on the slopes followed by fireworks. Tickets are available at ellicottvilleny.com.

The BPO and the Olmsted Parks Conservancy are kicking off a new 6 in 6 concert series-6 concerts, 6 parks, 6 weeks featuring the BPO Brass. The series is free and open to the public. All concerts take place Thursdays at 7 PM at the following:

“We have really missed our audiences this past year,” said Patti DiLutis, BPO clarinetist. “We are just so thrilled to be able to present live music for the entire Western New York community once again. It has never been clearer to us that a performance is not the same without the energy of our live audience”

The orchestra will join forces with The Strictly Hip in a much anticipated performance of the music of the Tragically Hip on Sunday, July 18 at Batavia Downs. Tickets are on sale now.

Free concerts in the park will continue with the patriotic theme Tuesday, July 28 at the Clarence Town Park amphitheater, Wednesday, August 1 at the Niawanda Park band shell and Wednesday, August 11 at Bassett Park. All three performances start at 7 PM.

The BPO is returning to Old Fort Niagara for a concert on Sunday, August 8, followed by fireworks. Tickets are available now at bpo.org.