Politics aside, it is clear New York Lieutenant Governor Kathy Hochul has come a long way from her humble beginnings in Hamburg. 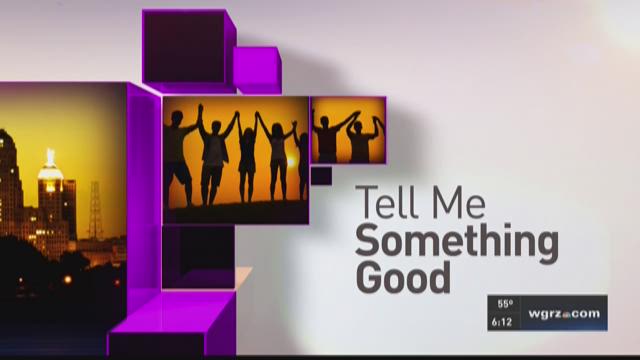 HAMBURG, N.Y. - Politics aside, it is clear New York Lieutenant Governor Kathy Hochul has come a long way from her humble beginnings in Hamburg.

2 On Your Side's Maryalice Demler recently spent some time with the Lieutenant Governor, who showed her where it all started.

People just like the Courtneys themselves, who spent their first married years in a mobile home park in nearby Woodlawn, NY.

"This is where they started married life and they always brought us back here to remember where we came from," she added.

Her parents' lessons and example made a profound impact. So did watching her father build a successful business, while her stay-at-home mom counseled and supported domestic violence victims-- employing many of them at a flower shop she opened in their neighborhood.

Young Kathy Hochul was raised to get involved. While attending Syracuse University, she organized a student boycott and petitioned the university to divest from Apartheid South Africa. That activism inspired her to get a law degree from Catholic University and to take a summer job working for the New York State Assembly. There she met a handsome pre-law student named Bill Hochul.

"And we just hit it off from the beginning," remembers Bill Hochul.

"What I loved about her though is the same thing I continue to love about her. She is extremely passionate. She is a caring person such as i have never met before, " he added.

They married in 1984 while both were working in Washington, D.C. Bill was at a law firm and Kathy was an aide to New York's esteemed Democratic Senator Daniel Patrick Moynihan.-- a dream job that she would soon leave for a higher calling-- motherhood. Their son Will and daughter Caitlyn were both born within two years of each other and Kathy made the decision to stay home and focus on raising them.

The young Hochul family soon decided to move back to Hamburg so Bill could pursue a career in the U.S. Attorney's Office in Buffalo, N.Y. Meanwhile, Kathy focused on managing their household while also volunteering for local causes and helping out her family members' businesses.

Hochul explains that she never considered running for office because she lacked confidence. She had planned for a career working as a behind-the-scenes staffer for elected leaders. It wasn't until she saw much younger and less experienced members of the community run for office that she decided to throw her hat in the ring and run for the Hamburg Town Board. She served from 1994 until 2007.

In 2003 she was appointed Deputy Erie County Clerk then won a term as Clerk in 2010. She left that office after an unlikely win in a special election for the Republican-leaning 26th Congressional District in 2011. That win was a testament to Hochul's cross-over appeal with voters and strong, tireless campaigning skills.

Although her tenure was short-- she would lose the next regular election when the district was redrawn-- she made such a strong impression with both her campaign and policy acumen, that it surprised very few when Governor Andrew Cuomo came to call, asking her to run alongside of him and eventually serve as his Lieutenant Governor in 2012.

Since then, she says it has been a whirlwind criss-crossing the state as the Governor's chief surrogate and supporter.

"I can continue to make an impact in my own state and that's what I want to do right now. And again, part of my philosophy of "not looking beyond", allows me to do the best job I can, and I'm going to continue to do that," she said.