Border will open to vaccinated Canadians starting in early November

Congressman Brian Higgins' office confirms to 2 On Your Side that the border will reopen in early November. 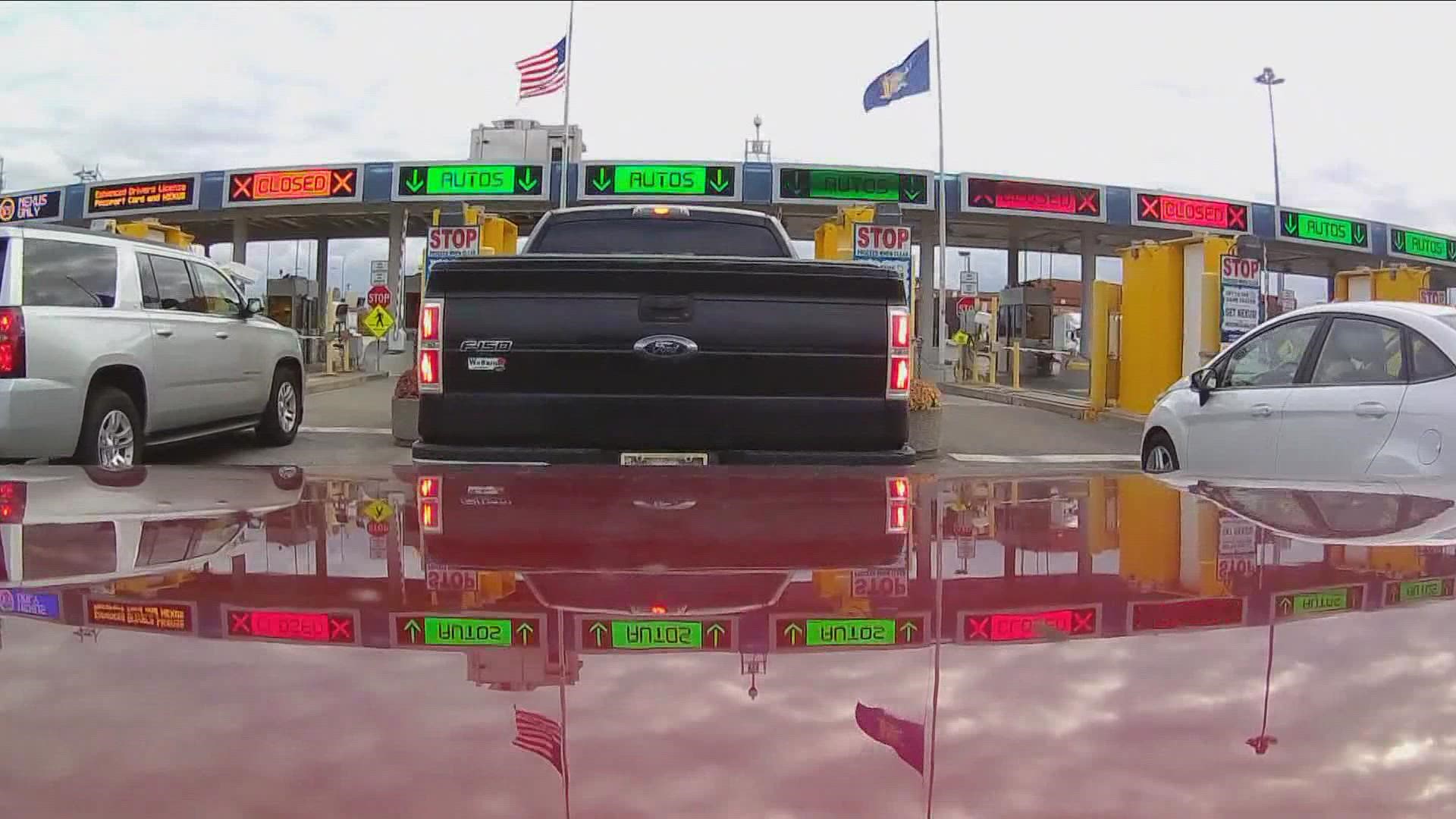 ONTARIO, Canada — After 19 months, vaccinated Canadians will be allowed to cross into Western New York.

Congressman Brian Higgins' office confirms to 2 On Your Side that the border will reopen in early November.

Higgins' office didn't provide a specific date for the border to reopen.

Higgins is holding a press conference Wednesday morning at the Peace Bridge to discuss the reopening.

“At long last, there is action by the United States to open the doors and welcome back our Canadian neighbors," Congressman Higgins said.

All nonessential access to Canada from Western New York closed on March 21, 2021.

“For months now we’ve heard from businesses that are suffering and families distraught over the separation imposed by the continued border shutdown. The sigh of relief coming from Northern Border communities following this announcement is so loud it can practically be heard on either end of the Peace Bridge," Congressman Higgins said.

Last week, citing the vaccination rate in Canada, Higgins said "to justify continued closure of the northern border to our Canadian neighbors, based on other issues at the southern border, is unacceptable.

Americans have been able to travel to Canada since August 9, so long as they had a negative COVID-19 test, were vaccinated, and planned their trip to Canada through an app issued by the Canadian government.

2 On Your Side also reached out to Senator Schumer and Gillibrand's office for details, as well as Congressman Jacobs.

Senator Schumer said, “Kudos to president Biden for doing the right thing and increasing cross-border travel between Canada and the U.S. The high vaccination rates on each side of the border have opened the door of safe cross border travel and will now safely increase the rebirth of the economic energy of Upstate NY.”

"I applaud our federal partners for reopening our borders to Canada, something I have called for since the beginning of the closure. Canada is not only our trade partner, but more importantly, Canadians are our neighbors and our friends. From Western New York to the North Country, I look forward to welcoming our Canadian neighbors back to New York as we continue to rebuild and recover from this pandemic."