Scott Maitland lives in Ontario, Canada, and this will be the second year the border closure will prevent him from attending memorial services in Western New York. 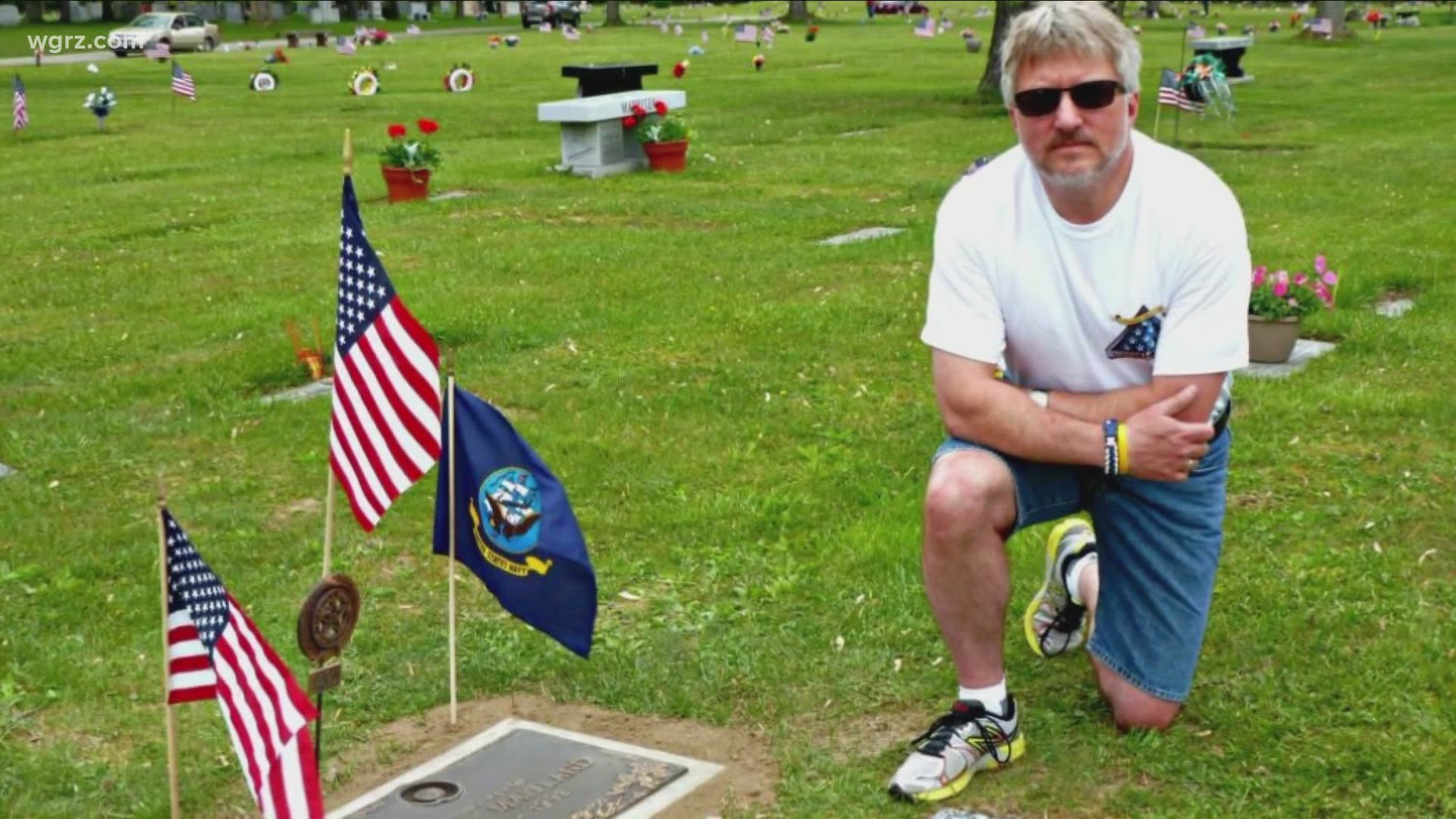 For Maitland, Memorial Day weekend is a time to honor and remember his older brother, Keith Maitland. He told 2 On Your Side his brother was a flight instructor with the U.S. Navy and had just returned from serving in the first Gulf War when he was killed during a training accident while flying.

Maitland currently lives in Ontario, Canada, and this will be the second year in a row that the border closure will prevent him from attending Memorial Day services for his brother in Western New York.

"I usually come down and help the other veterans to place flags on other graves in Acacia, I help with that anywhere from 2 to 3 days and then specifically tending to and tidying up my brother's grave," he said.

Maitland's story aligns with many other people who have loved ones or property on the other side of the border.

U.S. Rep. Brian Higgins has been pushing for a partial reopening of the border by Memorial Day, which hasn't happened, and a full reopening by Independence Day. Higgins believes if you're fully vaccinated, you should be able to travel over the border.

"Folks over here who have a cottage over at Bay Beach or Crystal Beach, and they just want to go to their cottage, I can't see how that poses any risk really to anybody," Higgins said during an event Thursday.

Earlier this month, Higgins asked Gov. Andrew Cuomo and the Department of Homeland Security to allow Canadians to travel to Western New York to get vaccinated, in hopes of speeding up Canada's vaccine distribution and border reopening.

City of Niagara Falls, Ontario, Mayor Jim Diodati said he would like to see Canadians awarded the opportunity to get vaccinated in Western New York.

"On the U.S. side, they have excess vaccines, and some of them that are going to expire, and we've got people who are willing participants who would love to take those vaccines to help facilitate the opening of the border sooner," he said.

Canadian Prime Minister Justin Trudeau said earlier this month that the border will not reopen until at least 75 percent of Canadians are fully vaccinated. As of right now, that number is at 5 percent.

The border closure was extended another month through June 21.