Activists who helped organize the event say they wanted to give people of color a platform where they can share their experiences and stories. 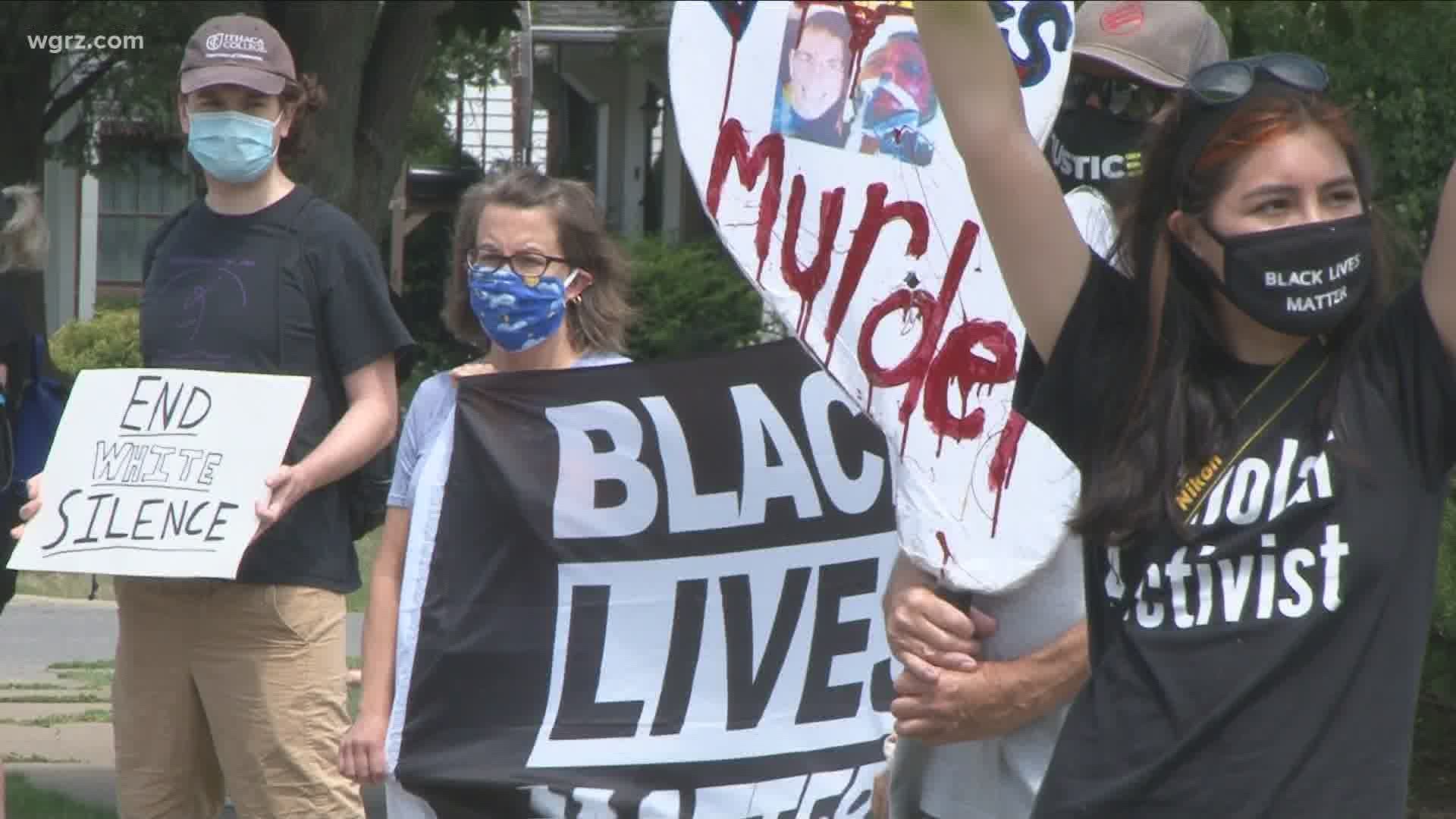 The event included several speakers and performers who put on racial justice music.

Local activists who helped organize the protest say they wanted to give people of color a platform where they can share their experiences and stories.

They say it's especially true because they've gotten a lot of backlash from some people, though one organizer says there have been several supporters as well.

"We've had people park at protests and just come out who didn't even know it was happening," Megan Koury of Amherst said. "So I think it's really about education here in Amherst. There's a lot of things happening in the City of Buffalo, and we want to continue to bring it out into the suburbs, where they get that a little bit less."