In just over a week, changes will go into effect impacting charitable gaming and bingo laws across the state. 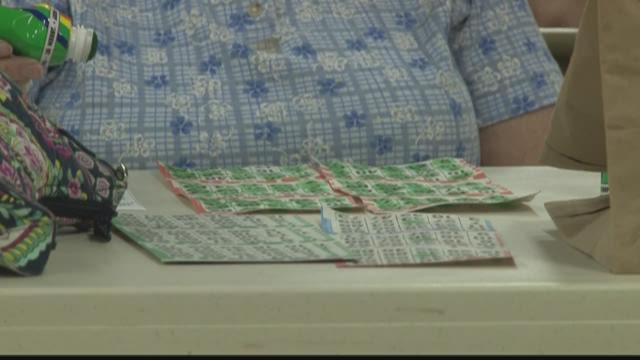 LANCASTER, NY - In just over a week, changes will go into effect impacting charitable gaming and bingo laws across the state. Some local organizations say the changes could cause them to lose players and even lose money.

At the Variety Club in Lancaster, bingo operators are concerned of how a state law approved in the budget could impact attendance and revenue.

"We've had some say they may not come in," said Bob Gabbey, the bingo chairman with the Lancaster Knights of Columbus.

"Grandparents that are regular customers, especially during the summer months, bring grandkids, younger teenagers in and they do play. With this new law coming into effect, that's going to severely impact our clientele," Gabbey said.

Claudine Vaillancourt, who likes to bring her granddaugthers, while she's babysitting, doesn't like the change in the law.

"Because I enjoy it, they love to play too and they're old enough to follow the numbers that would hurt us," she said. "It's like a bond together -- they love to come with me. I won't bring them if they cannot play."

And Vallaincourt says she won't come to bingo as often. If this problem becomes a reality, the Lancaster Knights of Columbus, says it may have to look into other ways of attracting new players.

Another change in the law says the maximum single Bingo prize payout will rise from $1,000 to $5,000. Governor Cuomo said this will help organizations like VFW's and fire departments raise more funds. But, the Lancaster Knights of Columbus suspects this will only help organizations with greater participation in their bingo games and Knights of Columbus wants the age restriction dropped.