The New York Power Authority announced Thursday that a contractor has been selected to conduct the 15-year upgrade to the Lewiston hydro-power plant. 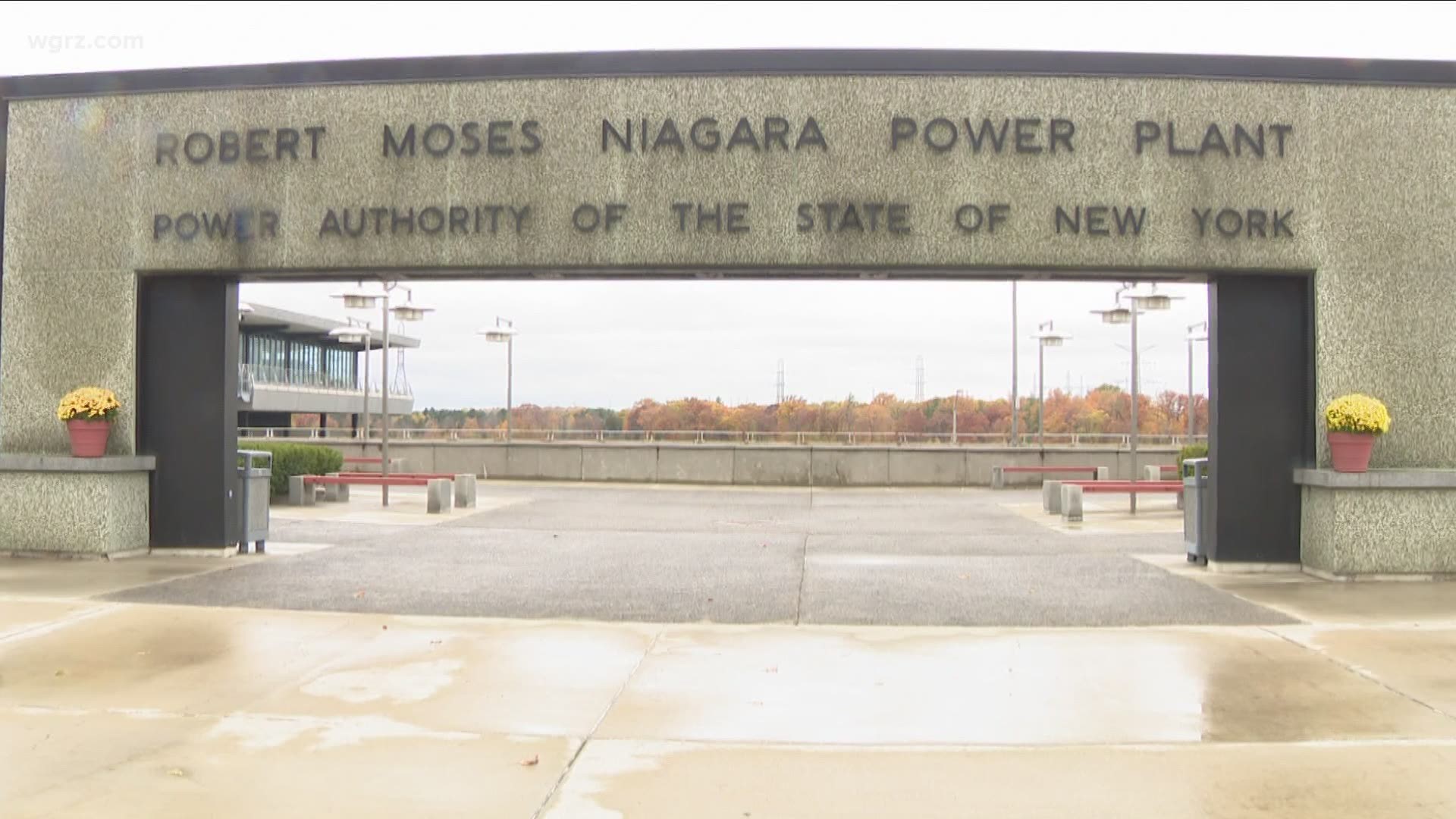 LEWISTON, N.Y. — At the ripe age of 60, the Robert Moses Power Plant in Lewiston is scheduled to have a little work done.

Just over a billion dollars worth of work.

"It's a $1.1 billion program," said Patricia Lombardi, Senior Vice President of Project Delivery for the New York State Power Authority. "When you look at this contract that was announced recently for the mechanical upgrades, you're talking about the installation of some very, very large equipment."

The power plant that carries the namesake of the controversial urban planner last saw upgrades in the late '90s and early 2000s. These new upgrades at the Lewiston power plant are expected to take 15 years to complete.

The upgrades are substantial in size, physically, and financially.

"There's a large gantry crane there that we're looking to upgrade, there's a penstock platform project that we're working on the controls, we're doing a large digital control system upgrade.

The big upgrade, however, will be to the 13 turbines that generate 2,675Mw of electricity.

"Eight months to about a year to overhaul one unit at a time," Lombardi said.

Voith Hydro Inc., located in York, Pennsylvania, was announced as the contractor of choice by NYPA. The company will receive up to $275 million to complete the 15-year upgrade at the Robert Moses Power Plant.

"Being selected to perform strategic work at one of America’s most iconic hydro plants – one of such critical importance to our nation’s electricity grid – makes our entire organization proud,” said Stanley Kocon, President, and CEO, Voith Hydro North America.

“By allowing Voith to construct and refurbish this equipment with American steel in our York, PA factory, NYPA again is leading the way with critical infrastructure investment and domestic job creation.”

Work on replacing the first turbine unit is expected to begin in April 2023.