Beloved sea lion returning to the Aquarium of Niagara

'Arie' is returning from the Brookfield Zoo in Chicago, where she was sent in 2015 as part of a successful breeding loan. 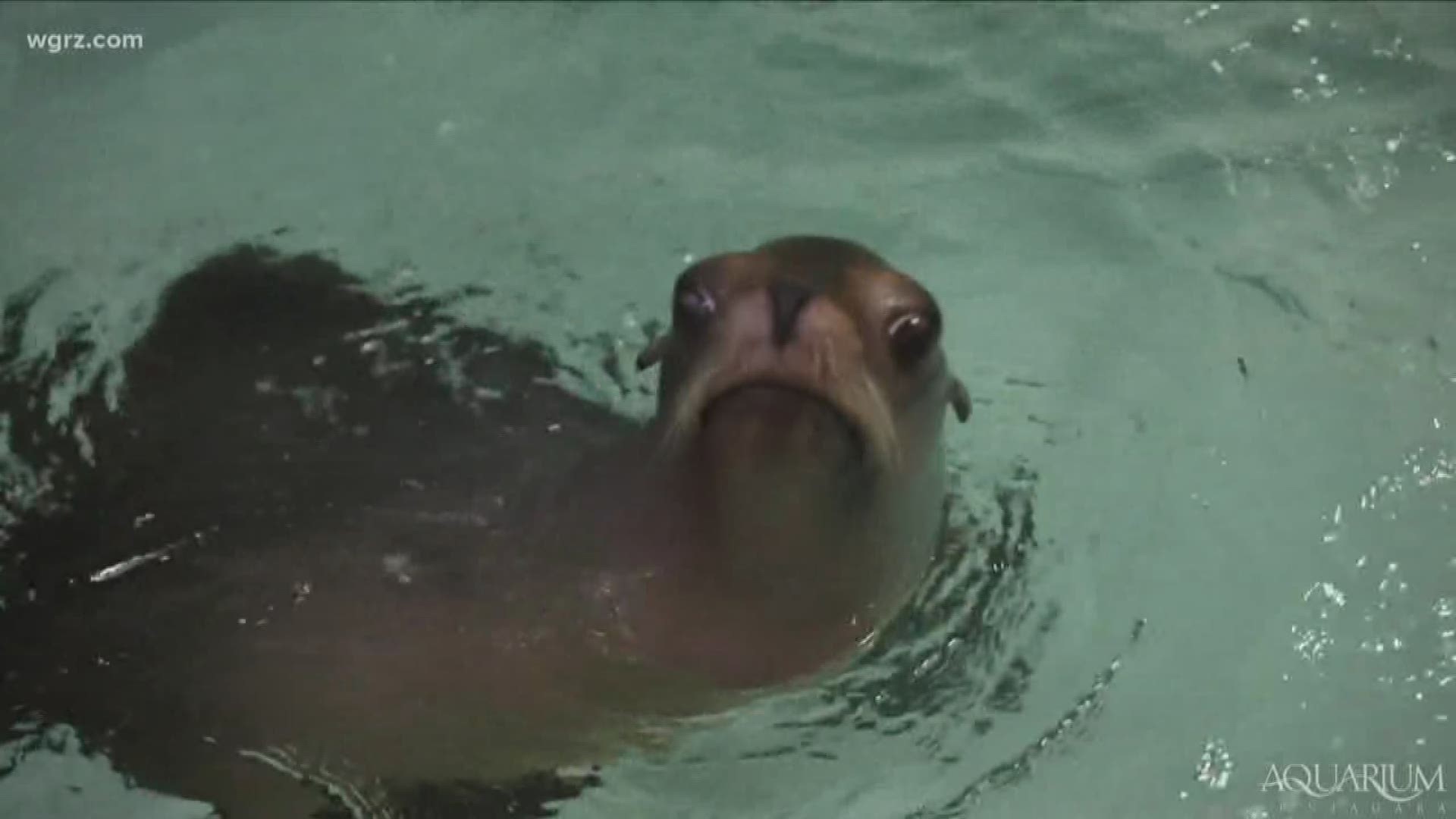 NIAGARA FALLS, N.Y. — Sea lion fans will be excited to learn a familiar favorite will be making a return to the Aquarium of Niagara after a four-year absence.

'Arie', an 11-year-old California sea lion, left for the Brookfield Zoo in Chicago in 2015 as part of a breeding recommendation from the Association of Zoos and Aquariums. The breeding loan was successful and Arie gave birth to a male pup.

Arie returned to the Falls in October and is now back on exhibit after a brief quarantine period.

"She's a great animal," said Gary Siddall, the aquarium's Executive Director. "She's very energetic and knows a lot of fantastic behaviors that can be seen in our daily shows and presentations. We hope everybody comes out to see Arie - she's a very goofy and fun-loving little sea lion and there's certainly no better time than now to come visit her at the Aquarium."

RELATED: Behind the scenes at Aquarium of Niagara's Halloween show

RELATED: New Aquarium of Niagara exhibit should be a hands-on experience