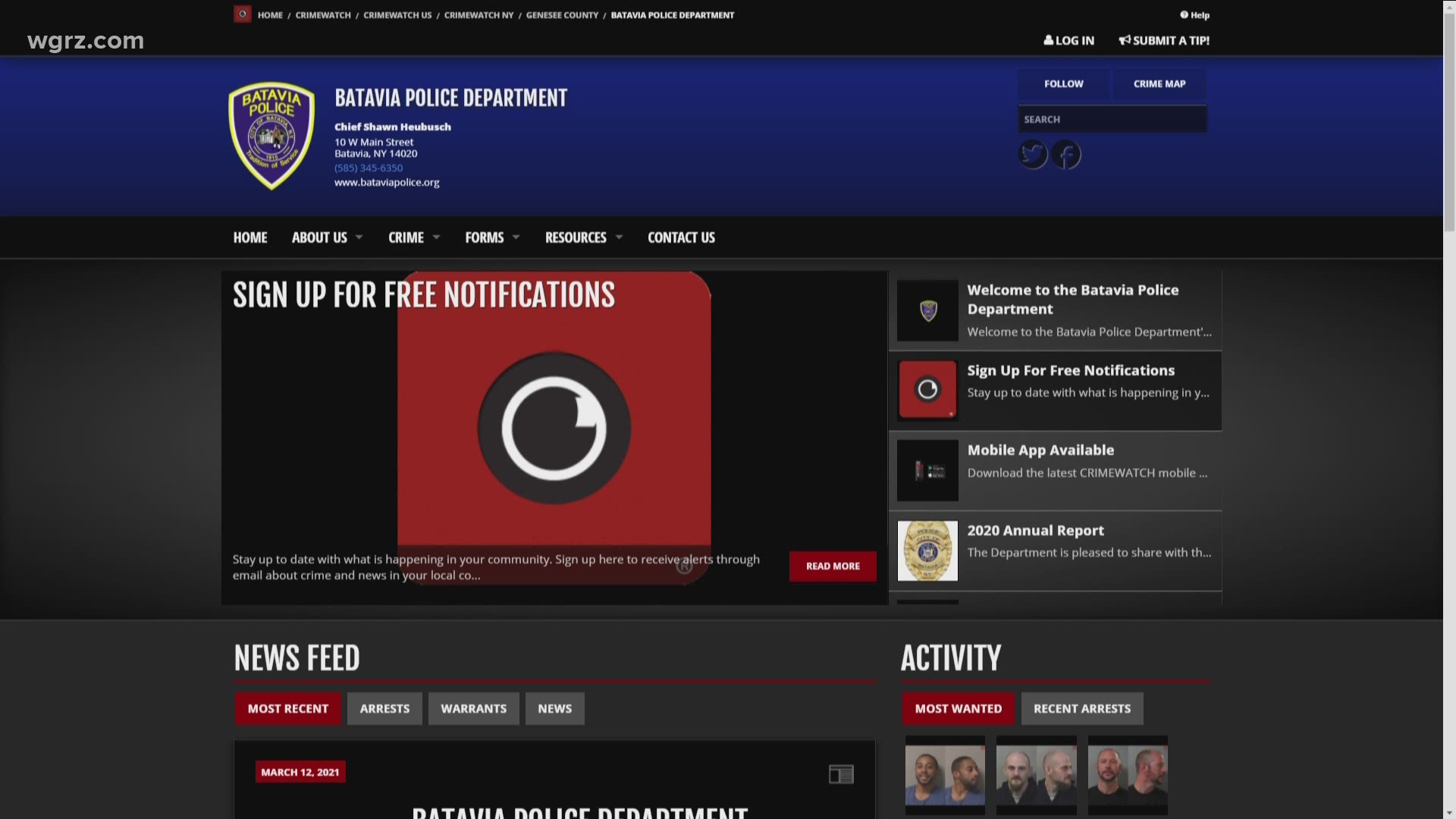 BATAVIA, N.Y. — Batavia residents now have a new tool available to them to stay on top of crime and other public safety information going on in their city.

The Batavia Police Department unveiled a new website in partnership with CRIMEWATCH Technologies and is part of the CRIMEWATCH Network.

“This new website is the perfect entry point for establishing better police and public relationships. CRIMEWATCH gives us the opportunity to communicate with the public and gives residents the anonymity to report neighborhood issues. said Chief Heubusch, City of Batavia Police chief.

"Several police departments throughout the north-east region are having great success using this technology,” Heubusch said.

Batavia Police are the first in New York to go live on the CRIMEWATCH network.

The new Batavia Police Department website can be found here and residents can download the CRIMEWATCH mobile from the Apple or Android App store.