One senator stresses that the bill really does not solve the 'puppy mill' issue. 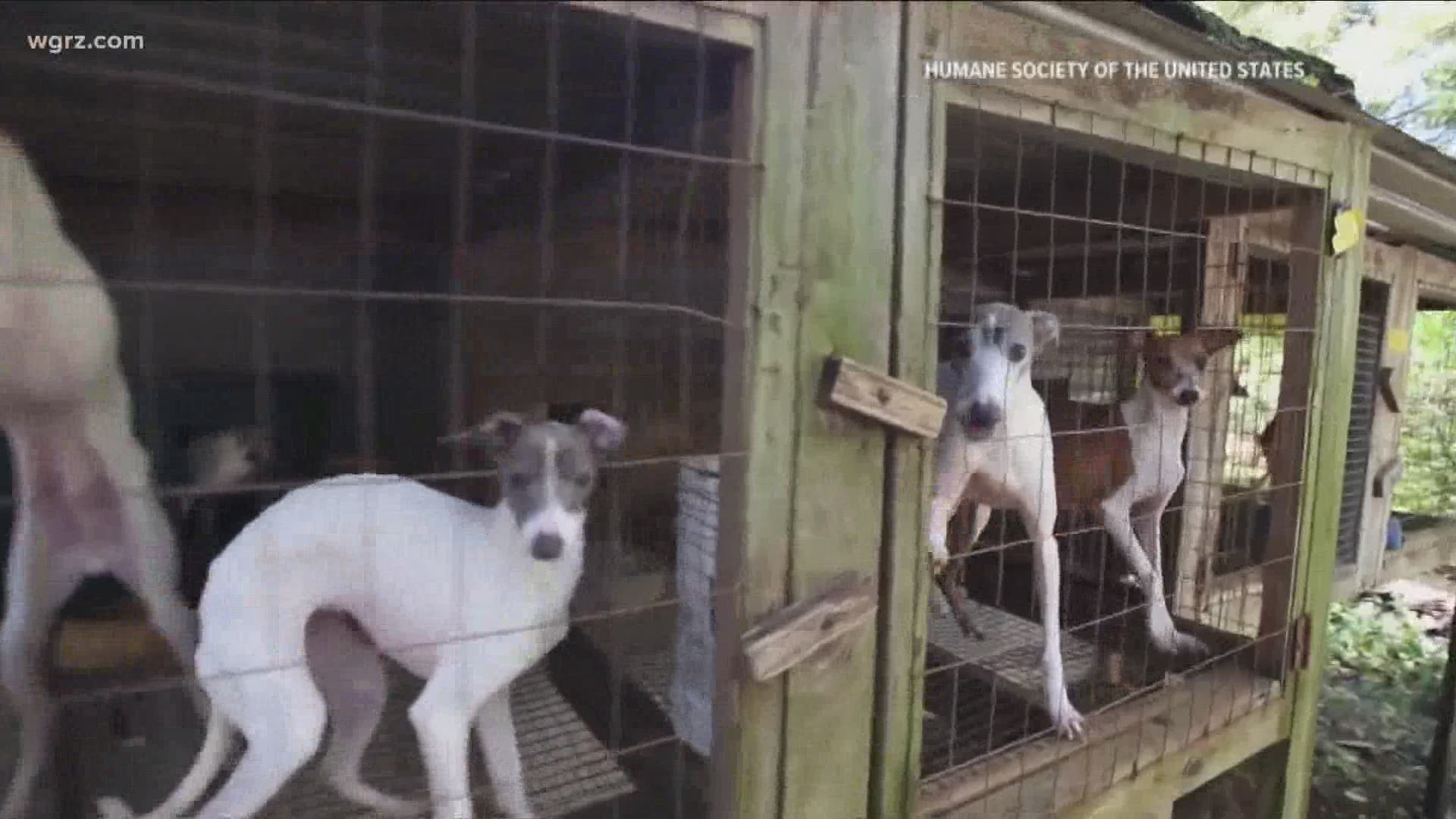 BUFFALO, N.Y. — So-called puppy mills have been a target of animal rights activists around the country for years. And now here in New York state there is another effort to stop the sale of pets at the retail level through a bill pending in Albany

Scenes of dogs raised in what are traditionally called puppy mills, especially in southern states, have haunted animal rights activists for some time. They have even prompted protests against some breeders with the contention the animals are poorly bred and often develop health issues.

Now members of the New York State Senate and Assembly Agriculture Committees have passed specific bills to prohibit the sale of dogs, cats, and rabbits in retail store settings, which thereby cut off part of the demand in the supply chain.

The language of the state bill carves out the exemption for breeders who actually have the animals born and raised on their properties for eventual direct sale to consumers.

State Senator George Borrello is on the Agriculture Committee and he voted yes, but he makes some particular points about the measure.

"The idea of cutting off the supply is sound and that's why I supported this," Borrello said. "But I just can't stress enough that this bill does not ban puppy mills and it will not stop puppy mill breeders - especially those in other states from selling into New York State. It just prohibits the retail sale of what are mostly small businesses from selling dogs, cats, and rabbits."

The retail store sales of dogs, cats, and rabbits appears to be heavily concentrated in the New York City area and that is why the main sponsors of the bill are from Manhattan and other downstate sites.

The federal Department of Agriculture technically has oversight with inspections of pet stores and breeders critics contend it is loosely regulated,  - But a cursory check by state inspectors of pet dealers or breeders also turns up few actual violations.

Borrello says this proposed ban on retail store sales of dogs, cats, and rabbits will now go on to the full State Assembly and Senate for a vote.

While again there are licensed "pet dealers" inspected by the state we had trouble finding direct retail outlets for the animals in our Western New York area with many such businesses shutting off such sales in past years due to bad publicity and even public protests.